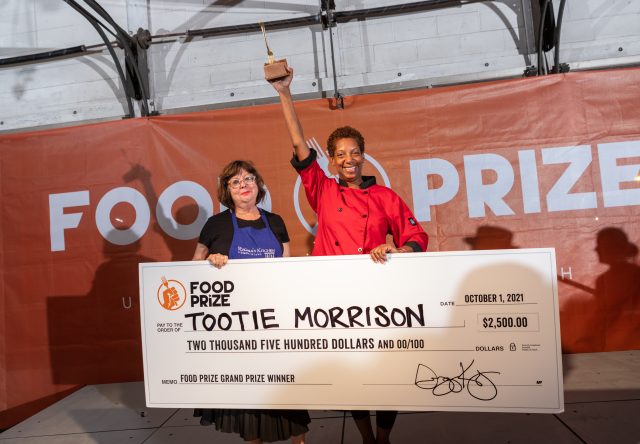 Prize Fest, a celebration of Film, Food, Music, Fashion and Comedy, announced its winners from Weekend 2 (FIlm, Food & Comedy) today at a live-broadcasted awards show watched throughout the country and the world. The festival, now in its tenth year, showcased the work of independent filmmakers, fashion designers, musicians, chefs and comedians during a festival for the first time spanning two weekends in downtown Shreveport, LA. Attendees were treated to a return to theaters and venues and proof of vaccination or negative covid test was required for all artists, staff, volunteers and the audience.

“I’m not sure I could’ve asked for a more epic 10th anniversary for Prize Fest” said Gregory Kallenberg, Executive Director and Founder of the Louisiana Film Prize and Prize Foundation. “We expanded our dates and brought our festival back into the streets, and the best part was that our audience showed up and were loud and proud to be back.”

The winning film was chosen from the Top 20 short film finalists, all of which were filmed in the state of Louisiana, and determined by a unique combination of votes from online and in-person attendees and a panel of industry judges from across the country.

The Film Prize Foundation also announced the recipients for its Founder’s Circle Grants. Founder’s Circle is a $3,000 filmmaking grant that allows filmmakers to come back and make a film for Louisiana Film Prize 2022. The recipients of this award were Mark Bonner (“Shreveport Son”), Jency Hogan (“Bamboo House”), Jacob McSharma (“Nana Ki Dum”), Josh Munds (“Stakeout”), and Danny Zanelotti (“We Got Your Six”).

Food Prize 2021 featured a new spin on its premier Come and Get It event. Seven local chefs were paired up with nationally recognized celebrity chefs across the country to collaborate to create a dish and then serve incredible tastings to attendees. These celebrity chefs, like Chopped winner Chef Tristen Epps, came from all over the country to be a part of this celebration of the culinary arts. The attendees voted on their favorite dish, crowning local chef Tootie Morrison (Abby Singer’s Bistro/Earnestly Tootie’s) and celebrity chef Regina Charboneau (Natchez, MS) the Golden Fork champions. The attendees also voted on the first ever Golden Shaker champion crowning local mixologist and bartender, Haley Horne of Bear’s, the winner.

In its inaugural year, the Comedy Prize hosted 5 hopeful national touring comedians who each performed 7 to 10 minute sets in front of a live audience. Trey Mack of Birmingham, AL was crowned Comedy Prize’s first champion.

Louisiana Music Prize 2021, the GRAMMY-affiliated competition for rising musicians, saw 10 musical acts from across the country compete for the $10,000 grand prize. The grand prize winner, Ponderosa Grove out of Prescott, AZ, was chosen by a jury of nationally recognized music industry professionals. The competition also featured a People’s Choice Award which was won by Shreveport-based band Bond+Plus. This year’s Louisiana Music Prize also featured its first ever Music Prize Conference, MPCon, meant to offer artistic and career building mentorship to up and coming musicians.