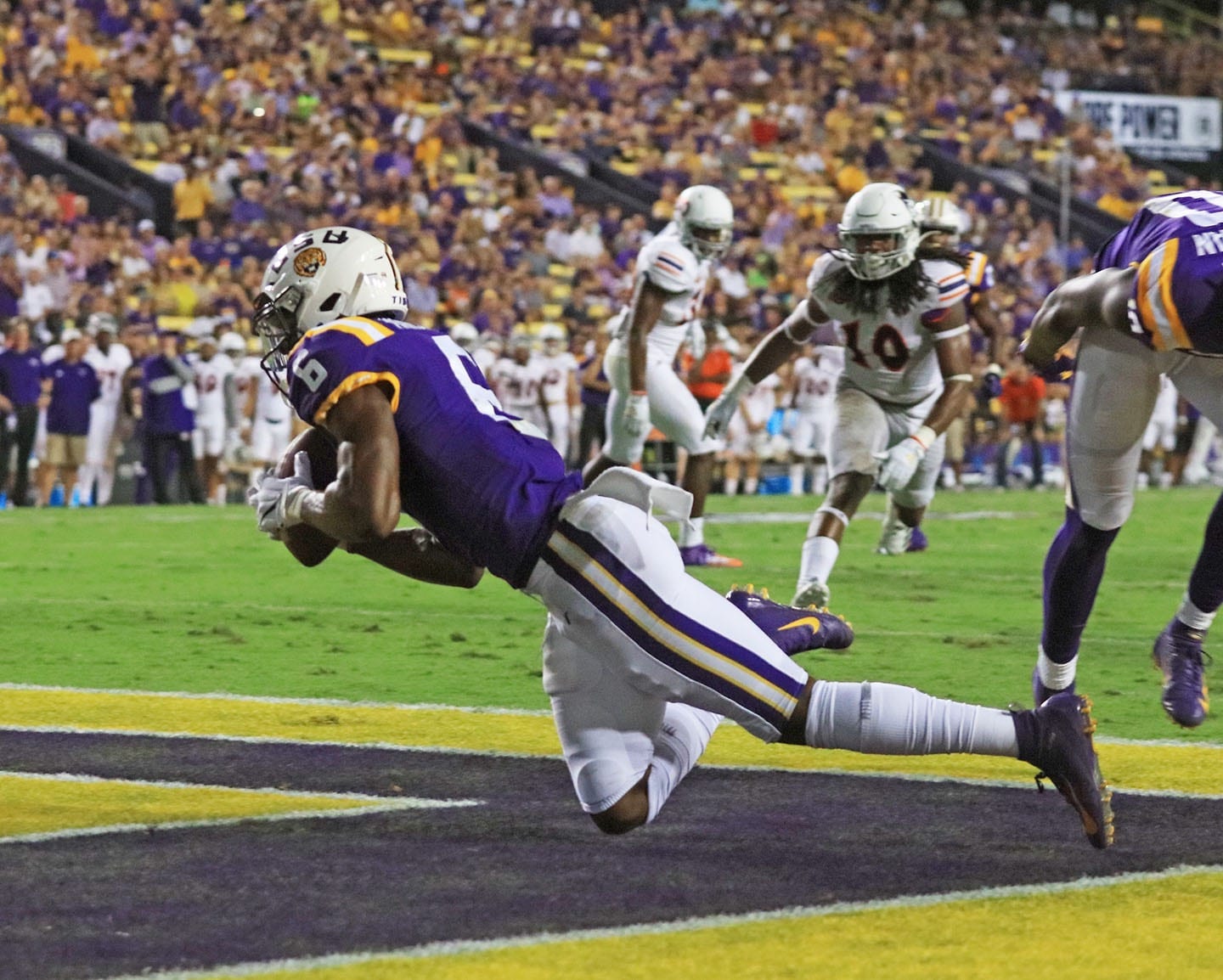 Former Parkway and LSU star wide receiver Terrace Marshall Jr. was selected by the Carolina Panthers with the No. 27 pick in the second round of the NFL Draft on Friday.

Marshall was the 59th player selected overall and the 10th wide receiver. At Carolina, he will be reunited with offensive coordinator Joe Brady, who was LSU’s passing game coordinator in the 2019 national championship season.

In some mock drafts, Marshall was predicted to be a late first-round selection. Some had him going to Baltimore with the 27th pick, but the Ravens picked Minnesota wide receiver Rashod Bateman.

According to media reports, Marshall may have dropped to the second round because of “medical issues” that came up at the NFL’s medical combine in April.

Marshall missed most of his senior season at Parkway after suffering a broken fibu and dislocated ankle in the second game. He also missed three games at LSU in 2019 because of a foot injury but returned to action and was a key player in the Tigers’ march to the national championship.

Marshall ran a 4.38 in the 40-yard dash at LSU’s Pro Day, matching former teammate Ja’Marr Chase, who was selected by Cincinnati with the No. 5 pick in the first round.

A member of the Parkway class of 2018, he is the first player from the school to be taken in the NFL Draft.

Last season, Marshall was the Tigers’ leading receiver after seven games with 48 catches for 731 yards and 10 touchdowns. He opted out of the rest of the season.

He caught 10 passes for 134 yards and a touchdown against Texas A&M, his final game.