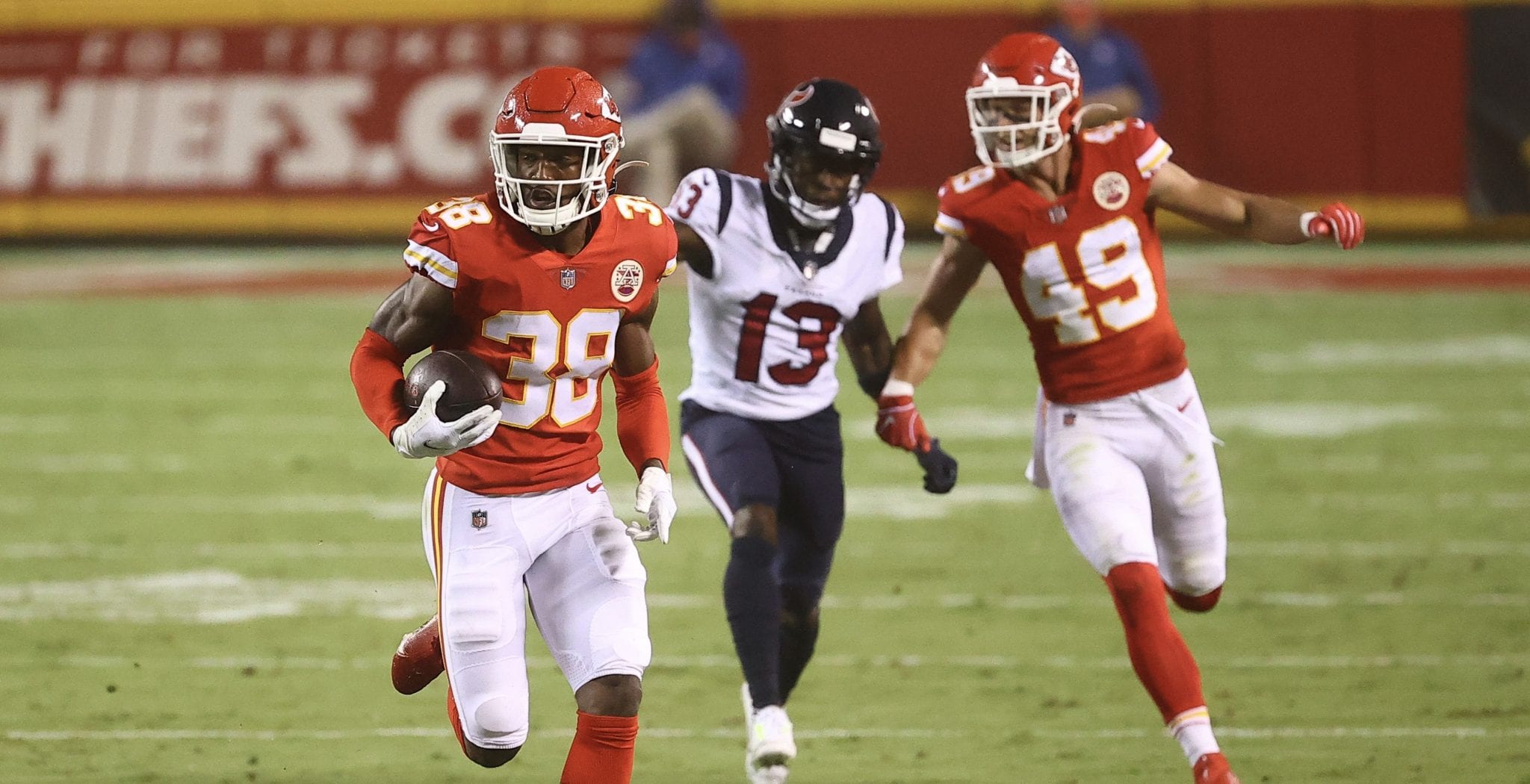 Fourth-round pick L’Jarius Sneed simply could not have scripted his NFL debut any finer than the Kansas City Chiefs 34-20 win over the Houston Texans at home in Arrowhead Stadium last Thursday.

In a game NBC claims attracted 20 million viewers, the first sporting event to do so since the Chiefs won the Super Bowl in February, only 17,000 fans were allowed in attendance. However, three members of Sneed’s immediate family found themselves with sideline seats for the inaugural game of the 23-year-old Minden native’s professional career.

“We were nervous,” admitted Sneed’s mom Jane Mims in a call from Kansas City to Specht Newspapers on Sunday.

“We didn’t know what to expect. We didn’t find out until a week prior that we could go into the stadium.”

Mims was not the only one surprised by the circumstances surrounding Week 1. The former Crimson Tide wide receiver, who spent four seasons at Louisiana Tech as a defensive back, was named to the starting lineup as a replacement to Bashaud Breeland, who is serving a four-game suspension for violating the league’s substance-abuse policy.

Sneed, who boasts blistering 4.3-second 40-yard speed, made the most of his opportunity by finishing the game with three tackles, two passes defended and a key interception off Deshaun Watson in which his father Non Sneed “somewhat” captured on video.

“I was already recording and had the camera focused on ‘Jay Jay’ as I felt like he was going to do something special – and he did,” said the elder Sneed, who stood along with his son’s mother and brother, “TQ” Harrison, the entire game.

“The only problem is that I missed the (39-yard) runback as I was too excited jumping around after the pick.”

The 2019 Conference USA second-teamer admittedly had a case of butterflies before the game, but quickly managed to find his footing due to extensive pre-game prep.

“I was nervous when I first got out there, you know, just in my head,” said Sneed after the game. “I trusted in my film studying over the week and my technique I’ve been doing all week, so I knew I was going to be all right.”

Sneed indeed made the most of being showcased on a national stage, even if a fear of bobbling the ball popped into his head slightly.

“I thought I was going to drop it, honestly,” he said. “It was just floating. Those are the hardest balls to catch.”

“I was thinking, touchdown, you know, but I didn’t get my vision back in on the inside,” he continued. “So I just went out of bounds.”

According to Mims, the experience is still “overwhelming” for a mother that had never even attended a pro game before last week’s contest.

“We are still in shock,” said Mims. “Our son has gone from little league to Webster, to Minden High and to college. Now he’s in the NFL. Words can’t explain how we feel – unbelievable.”

Mims also credits her hometown for showing her son and family an immense amount of support during Sneed’s journey into the league.

“I want to give a ‘shout out’ to all my Mindenites,” she rejoiced. “I know everyone has their favorite team, but we are so very appreciative of everyone from Minden and Webster Parish for showing their love and support for L’Jarius.

“Our social media was booming and we couldn’t respond fast enough. But we’ve never been prouder to be from Minden and show our love to the entire community.

“Our town is still on the map.”

With Breeland still out and Charvarius Ward now nursing a hand injury, it looks like the defending Super Bowl champions will be turning to the rookie to make more big plays – a task his proud parents claim he’s ready for.

“He’s happy with his performance and opportunity to show what he can do, ” said his mom and dad. “He said the Texans slept on him and he showed them. Believe us, he’s up for the challenge.”

As for the first-year pro, it was already back to the drawing board immediately after the win with a road trip to Los Angeles to face the Chargers this Sunday.

“We’ll watch the film – as soon as I leave tonight – learning from my mistakes that I made and keep going on to the next opponent.”