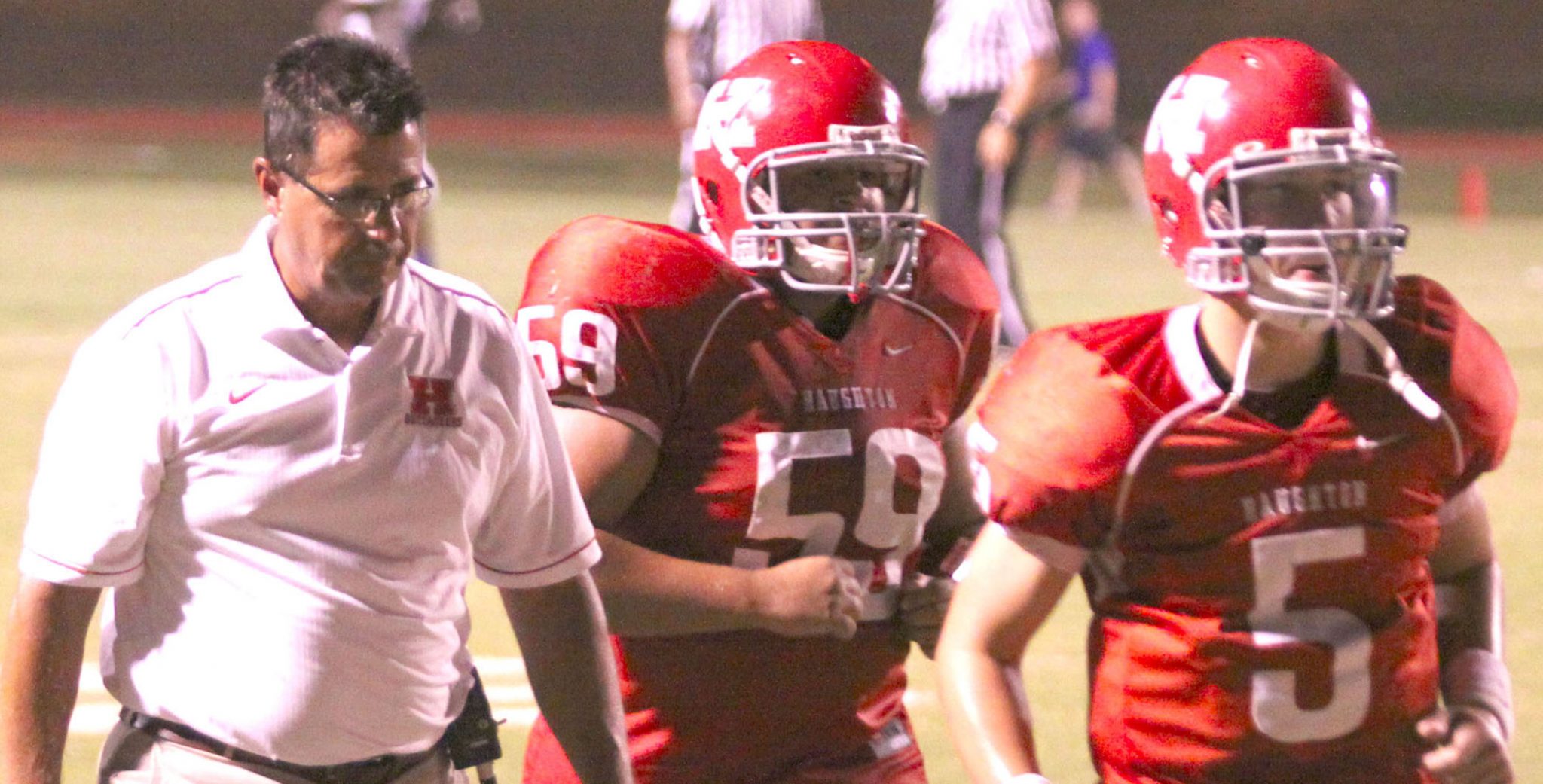 Haughton head football coach Rodney Guin spoke to Bossier Press-Tribune sports editor Russell Hedges Saturday evening from his room at Baylor University Medical Center in Dallas, where he is recovering from a heart attack suffered April 26 at his Haughton home.

Hedges: How are you doing, coach?

Guin: “I’m feeling better, getting stronger every day. You know, we’ve just got to work on my strength. When you lay under two weeks like I did, you just lose all your muscle strength and that’s really what we’re working on, just getting strong enough to get back to doing everything in a normal way.”

Hedges: Coach, do you have any history of heart issues in your family?

Guin: “No, not really. Like a lot of people, I’ve had high blood pressure before, you know. But there was no sign of this coming at all.”

Hedges: When you were at the game or on your way home, did you feel anything unusual leading up to the attack?

Guin: “Not really. I had told Mr. (Haughton principal Gene) Couvillion that day that I didn’t feel real good like I was kind of nauseated or something, but it wasn’t anything to keep me from going down to the game or nothing like that. I had no idea. Like I said, it was nothing I saw coming.”

Hedges: What happened when you had the attack?

Guin: “I just felt a pain in my chest. I ended up passing out at home and  falling and hitting my head and knocking a tooth out and everything else. But that woke me up when I hit the floor there. Other than that, though, it wasn’t like I saw something coming that I could’ve done something about before.”`

Hedges: What have doctors told you about the long-term prognosis?

Guin: “I’m going to have to slow my pace of life down a little bit, but we’re planning on a full recovery.”

Hedges: What was it like to be able to speak to your team before the scrimmage?

Guin: “Some of the coaches set that deal up. I didn’t know anything about it until that day. It was kind of neat.”

Hedges: What are some of things you told them?