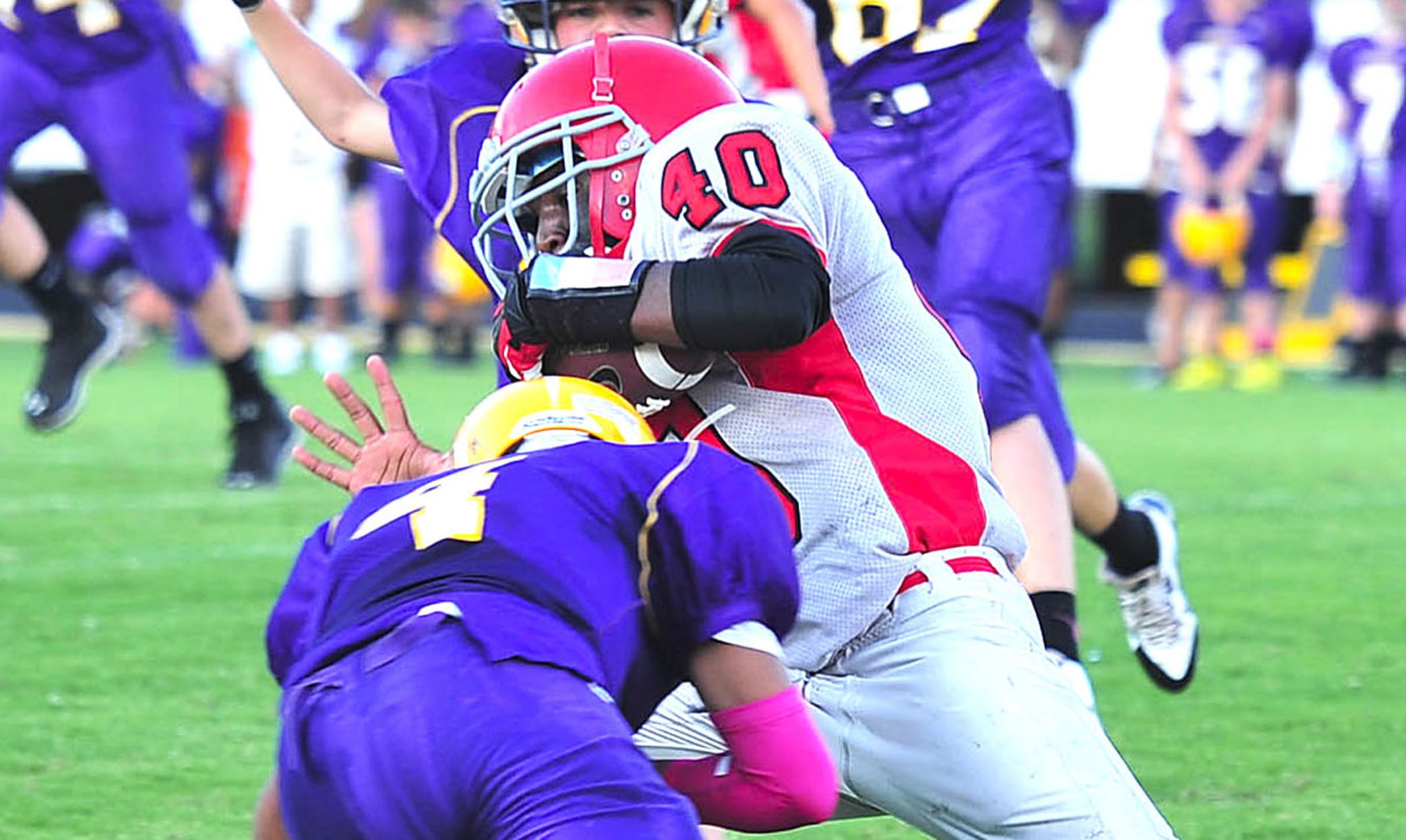 The Rams defeated Cope 24-0 at Airline Stadium. The Eagles defeated Benton 28-0 at Preston Crownover Stadium in a game that was called at the start of the third quarter because of severe weather. The Mustangs defeated Haughton 20-6 at Haughton.

Elm Grove and Greenacres are tied for the district lead at 3-0 with two games to play. The Eagles and Mustangs play Tuesday with the winner clinching a share of the district title.

Mother Nature was the big winner in the eighth-grade district. All three games were postponed because of the severe weather.

Here is a recap of the seventh-grade games.

Decker raced 20 yards for the Rams’ first touchdown and then scored the two-point conversion.

Henderson scored on a 15-yard run. He also had two conversions.

Moore returned an interception 70 yards for a touchdown.

Elm Grove 28, Benton 0: Elm Grove coach Mark Tabor said the game will not be resumed and the score will stand.

The Eagles’ Amani Larry hit Kaybien Smallwood for a 25-yard score and scrambled 10 yards for another touchdown.

Alec Crain plowed through the middle for a 3-yard touchdown and also scored two conversions.

Alija Barnette ran 50 yards for a touchdown off a reverse sweep.