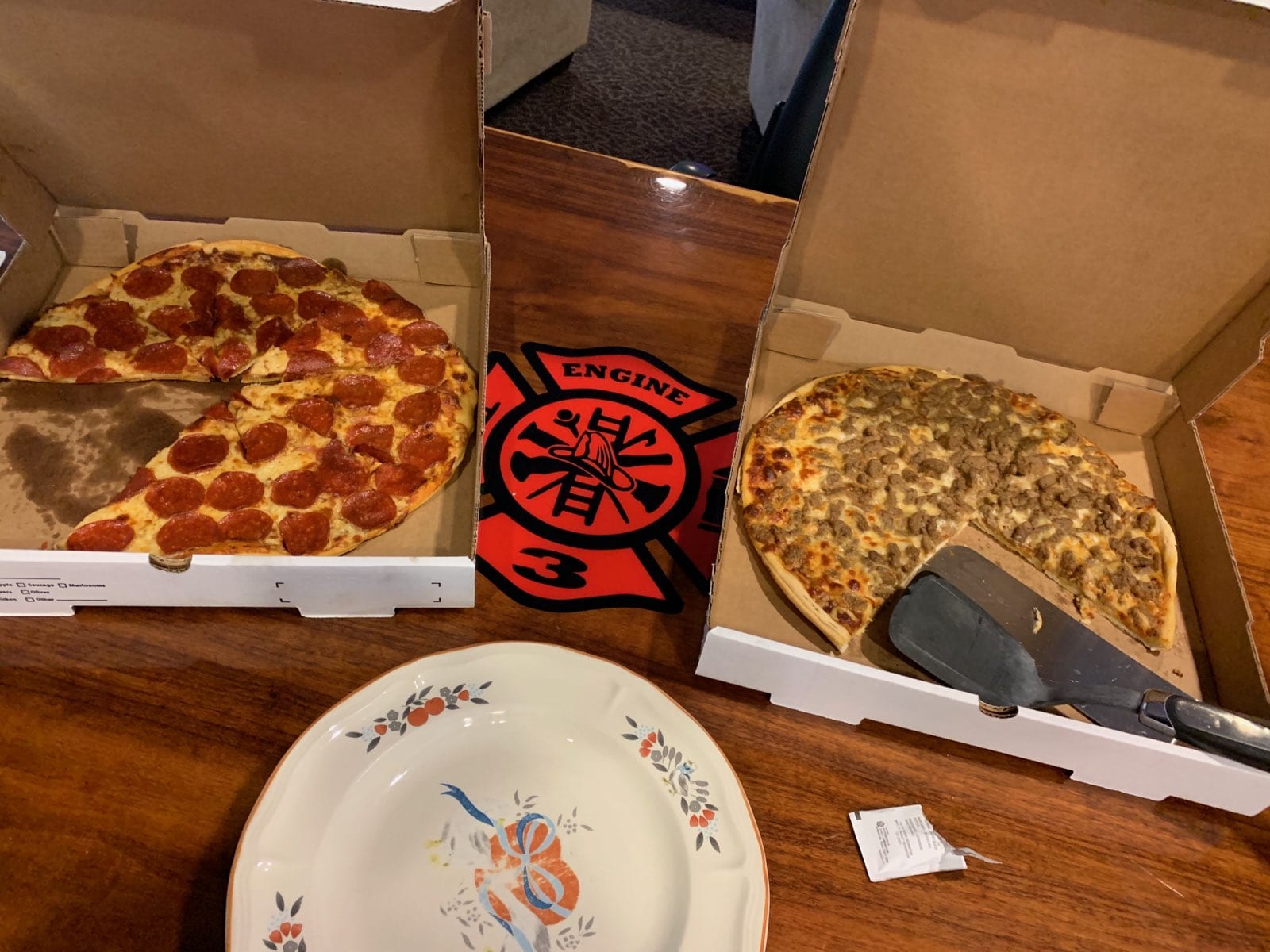 With schools and most businesses closed, the coronavirus pandemic has disrupted life in the Bossier City area significantly. But in this time of social distancing, there are many stories of people in the community coming together in spirit, if not in person.

Former State Senator Ryan Gatti, is one of those people. After noticing many community members buying food for local hospitals in early April, Gatti was inspired to do the same. He contacted Tim Huck, Co-Owner of Notini’s Restaurant, to see what he could do.

“Ryan just called and said ‘Whose not being taken care of. I see a lot of people taking care of this group and that group. But I want to do something. I want to take care of people who are on the front line,  putting themselves at risk,’ Huck said.

“We talked about it for a while and I said all of the first responders are still having to take a call and they have to go into the front lines. Paramedics have to drive the patients to the hospital. They are coming in contact with the patients first before arriving at the hospital to get treated. He asked if we have delivered any food to the fire departments or police departments. I told him no and he said that was what he wanted to do. He wanted to feed first responders,” he added.

Over a three-day period in mid April, Huck and his team delivered pizzas to Bossier City fire stations, police stations and departments. In total, 77 pizzas were delivered.

“Last week our office celebrated 20 years in business. We have a passion to give back to the community. We wanted to thank the first responders for their courage and hard work during this pandemic. We also wanted to support a local business. So, it made sense to send Notini’s to all our first responders. We hope to serve lunch again from another local restaurant soon. Notini’s made the process easy. We fed a lot of first responders in a short time,” said Gatti.

Huck also noted that since Gatti performed this random act of kindness for all of Bossier City’s first responders, he has been receiving calls from other members within the community who would like to order and send food to first responders. Including responders in Shreveport.

“Since then, we’ve had a lot of people who have called and purchased [food] for Caddo Sheriff’s Department, Shreveport 911 and Shreveport Police Department,” Huck said.

“When I get a call and it’s from another attorney or a friend of ours that says ‘hey we saw this’ I want to do the same. It warms your heart. Ryan showed that other people are being affected by this pandemic. You want to do as much as you can and help as many as you can. That’s what Ryan was trying to do. Touch as many people as possible,” he added.

Bossier City’s Fire and Police Departments said, “Thank You” to the community for the support.

“I can not express how unbelievable it has been with all of the donations from the community. It’s hard to express how much it means to the men and women of the fire and police department. To know that not only are you appreciated, but the physical act of doing it, it means so much. Honestly it also helps going to work everyday even better,” said Traci Landry, Bossier City Police Public Information Officer.