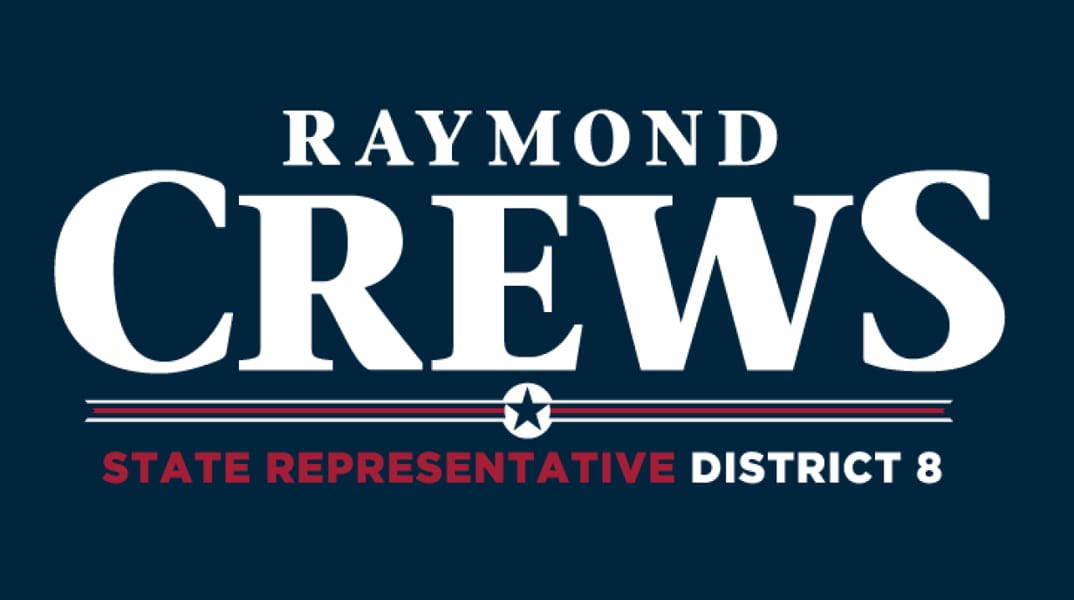 Today, Raymond Crews qualified to be a candidate for the Louisiana House of Representatives and held an event to publicly announce his candidacy.

“After praying about this decision with my wife and children, I am convinced that God has opened this door for me and is leading me in this opportunity. I am pleased to officially announce my candidacy to represent the people of District 8 in the Louisiana House of Representatives.”

Raymond laid out a few of the issues his campaign will focus on, which encompass his core Christian beliefs.

Raymond said, “I examine every issue through the lens of God’s Word, the Bible, so most of you already know, or can probably surmise, my perspectives on many issues, but I want to briefly outline some of my foundational beliefs as they apply to this office.”

“First, each human being has, from conception, infinite worth.

Second, government is a tool that should be no bigger than required to perform its basic functions.

Third, citizens have the right to bear arms. This right is intended to prevent tyranny, not only for hunting and protection.

Lastly, as taxpayers, we deserve to have our taxes utilized in a manner fair to our region”

Raymond is a combat veteran who served 17 years in the United States Air Force, flying combat missions in Iraq and Afghanistan. After his service in the military, Raymond flew for national airline companies and later started to small business here in Bossier City.

Raymond is very active in the community and his home church of First Bossier, where he recently served as Chairman of Deacons.

He is married to wife, Dianah, who is a Chemist and Science Teacher and has two children Caitlin (16) and Joshua (14).