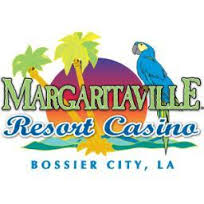 It’s been two years coming, but since the negotiations were made to bring a new casino to Bossier City began in June 2011, a lot of construction has been done and dreams have been realized.

The Margaritaville Resort Casino will be the place to be Saturday as the Bossier Chamber of Commerce holds its ribbon cutting ceremony at 11 a.m. Christy Wood, Advertising & Publicity Manager for Margaritaville, said “it is looking very good for Saturday.”

“We had a line of people starting at about 8 a.m. waiting for the casino floor to open at 9 a.m.,” Wood said. “They were all very excited and ready to be among the firsts on the casino floor.”

Wood said there was also a line to get players club cards and a taste of the food and drinks in Margaritaville’s famous eateries.

Paul Alanis and William Trotter of Bossier Casino Venture, LLC made presentations to the Bossier Parish Police Jury and Bossier City Council that fall, which led to a public vote for the installation of the new casino. The attraction became a reality when 61 percent of voters approved the Nov. 19, 2011 vote to build the hotel-casino-resort on the Red River north of the Louisiana Boardwalk.

“Seeing how it has turned out and seeing everyone react to it [Thursday] morning was so surreal now that it has all come together,” Wood said.

Ground was officially broken on the $197 million project in February 2012 at the site north of the Louisiana Boardwalk’s Bass Pro Shop.

“You can really see the wow in people’s eyes as they look around the property. It’s just very different from the market,” Wood said. “They’ve seen Facebook pictures and some of the media tours, but to actually see it firsthand really took a lot of people back.”

The grand opening is scheduled for July 4 with a special performance by Margaritaville brand owner and legendary singer songwriter Jimmy Buffet July 3.

During last November’s topping off ceremony that symbolized the completion of the tower, Alanis told the crowd gathered around, “Everyone said ‘You’re not going to do it, it’s never going to happen.’ But here we are, it’s a reality.”

Alanis and Trotter presented economic impact studies projecting that Margaritaville will bring in 600,000 additional incremental gaming visits to the area that weren’t seen before, which will result in a $124 million impact on Bossier Parish.

“We’re bringing 1,500 new jobs to the area and an estimated $12 million dollars in local tax revenue to the area and that’s a pretty positive impact for the local economy,” Regula had said.

Alanis said one of their goals with Margaritaville is to boost the local tourism industry.

“We will provide tourists a complete experience with everything in our facility and extend outward to the Bass Pro Shop and the Louisiana Boardwalk. There will be something for everyone and we hope will bring all of those tourists back to this community again and again.”

The construction project has also boosted the area by employing 600 workers.

“This is the fulfillment of my longtime dream. This is going to be a destination resort in every respect. I hope it is a feast for your eyes and that we will provide the best customer experience out there on the market. It is important to me that this be done right in every way, developmentally and the overall experience,” Alanis said last month.

The city also set about improving its infrastructure in preparation for the newest gaming attraction —building a quarter-mile-long road off of East Texas Street to lead to the new casino. The project also includes additional turn lanes at the corner of East Texas and Traffic streets and widening River Colony Drive to include two single-lane roundabouts to connect to Bass Pro Drive.

The third, and largest of all, Margaritaville-themed casinos, has been described as a “new generation riverboat.”

“You’ll have the most fun you’ve ever had making a trip to a casino, amusement park, zoo or any kind of island,” Trotter previously told the Press-Tribune. “When you pull into Margaritaville, you’re going to enter a lush tropical paradise and have the time of your lives. That’s a promise.”

Wood said the Margaritaville Resort Casino Facebook page is the best place to find opening day information as well as up to date information on the facility. It can be found at www.facebook.com/MargaritavilleBossierCity.