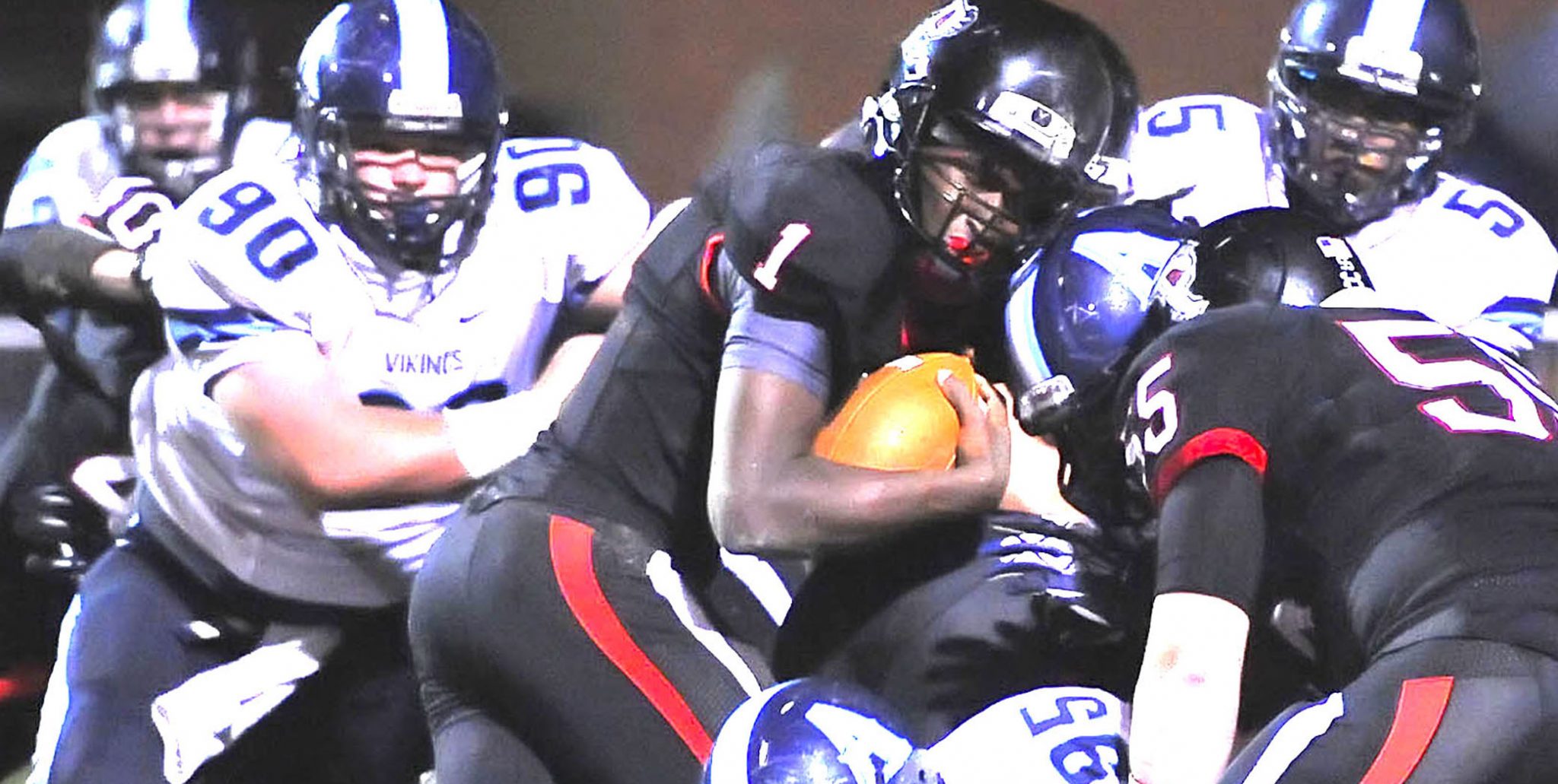 Five weeks ago, the Parkway Panthers routed the Captain Shreve Gators 48-10 in a District 1-5A game at Lee Hedges Stadium.

But Parkway coach David Feaster said the No. 2 seed Panthers (9-0) aren’t expecting a cakewalk when they face the No. 31 Gators (3-7) tonight in the first round of the Class 5A playoffs at Lee Hedges.

“We’ve got a lot of respect for their defense,” said Feaster, whose team averages 51.6 points per game. “The first time we played them they did a good job. Their defense and special teams are both real good.

“Offensively, we’ve seen that they’ve certainly got better since we played them, so we’re expecting a good, tough ball game.”

The Parkway-Shreve game is one of three rematches involving Bossier Parish teams.

The Haughton Bucs and Airline Vikings are headed to South Louisiana for Class 5A first-round games.

Based on seedings, only Parkway and New Tech are clear favorites. But the Haughton and Airline are basically tossups.

Benton is the only big underdog, but the Tigers played the Falcons even for three quarters last time

Jordan White’s interception return for a touchdown put Benton ahead 14-13 in the third quarter.

A couple of breaks then went against Tigers and things went downhill from there.

Benton quarterback Jordan Shaffer had one of his lowest outputs of the season with 130 yards passing and two interceptions.

Shaffer said things could be different this time if Benton makes some adjustments and avoids mistakes.

“We just have to fix a few little things,” he said. The little things in football can turn into big mistakes. We’re feeling really confident this week with the whole preparation, and we learned a lot from the last game and the film from that.”

Shaffer is a three-year starter, but this is the first season he’s played in a pass-oriented offense.

“It’s exciting,” he said. “The last few years I really didn’t have much of a say offensive-wise of like the scheme of things and how things were run. Really, it was the running backs who had a lot of the say. This year, I like having the pressure on my shoulders to really get things going for the offense.”

Airline is playing a team with a veteran quarterback in Dylan Savrese, who set the school record for passing yardage in 2011. He finished with just under 2,000 yards this season.

The Lions also have a talented running back in C.J. Sims, who had 147 yards in last week’s 23-14 loss to Mandeville. That loss denied Covington a share of the 6-5A title.

Haughton will be facing a team that likes to run the football. The Green Wave’s one-two punch of Brian Rodgers and Christian Campbell have combined for more than 2,000 yards on the ground.

Ponchatoula finished tied for second in District 6-5A with Covington. The Green Wave’s three losses were by a combined 16 points.