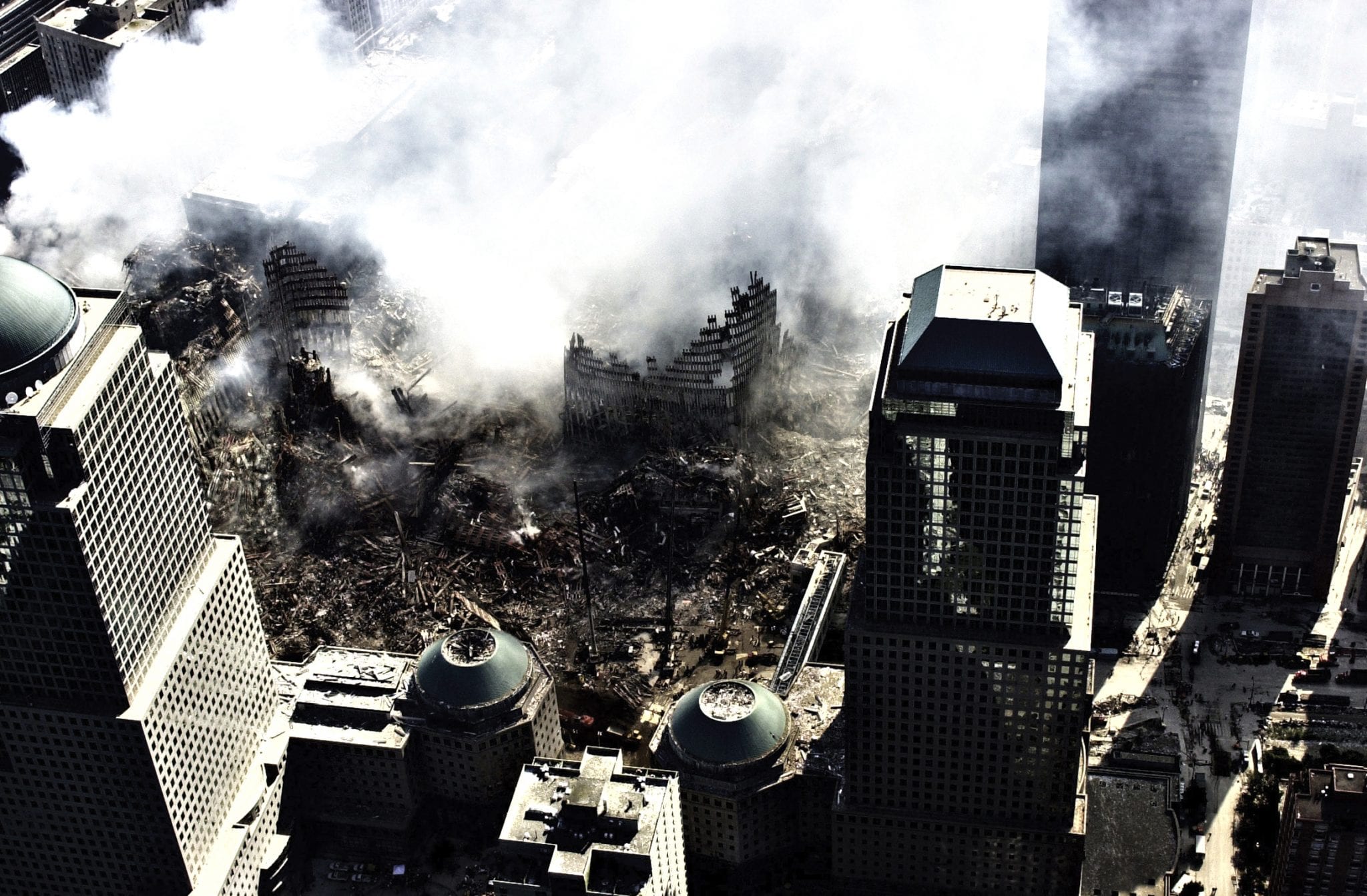 I knew that Sept. 11, 2001 was going to be a strange day, but not something I would remember almost two decades later.

It started off like any other day, but already by the time I had sat down at my desk in high school, things started going awry. My classwork was online and my classmates and I couldn’t get access, which was strange. After fiddling with the browser, my teacher told me to work on something else.

The bell rang, I gathered my things and headed to the next class. As I rounded the corner in the first corridor, an acquaintance said “Hey, you know anybody in New York?” I kind of shrugged it off thinking he was referencing some pop culture item I didn’t understand.

I walked towards my next class, my imagination piqued. As I sat in my next class, I remember the silence — it was eerily quiet. Then another teacher came in, whispered into our teacher’s ear, and they both stood up and hurriedly walked out of class. He was gone for almost the entire class. He returned shortly before the bell and announced, “Two planes have hit the World Trade Center and another has hit the Pentagon. It was a terrorist attack.”

“How? How could this happen? What does this mean? Are we at war? And with who?” I asked myself. Little did I know that these were the same questions the country would ask itself for years afterward. We had just been attacked on our own soil by a foreign force for the first time in almost 190 years. The audacity and scale of the attack was enough to send you to a bomb shelter in fear.

I spent the rest of the day essentially sleepwalking. The school insulated us at every turn. We asked teachers and they would only say “It’s terrible,” or “I haven’t seen anything.” They refused to turn on the television to see the tragedy and history unfolding thousands of miles away. The only information I received was from our homeroom teacher who had ABC radio on in her room. That was when I learned about the grave numbers of those expected to have perished. I was amazed, in shock as Peter Jennings described the destruction in vivid detail.

My mom picked me up that day and I remember her telling me something that I already knew at the time — “Everything is going to be different from now on.” I could tell she had been crying.

Once she dropped me off at home, I immediately turned on the TV to finally see the images that had been hidden from me all day. I absorbed as much of the tragedy as anyone could. Seeing those images of the planes suddenly appear on screen to disappear milliseconds later, the towers collapsing over and over, the dust clouds penetrating city streets, the scores of people fleeing in panic…It was the definition of surreal. Shock, sadness, and anger all gave way to numbness.

The events of 9-11 and its fallout have cast a shadow over my generation. What followed in its aftermath has been politicized for soapboxes, stylized for Hollywood, idolized for patriotic rhetoric, and demonized for terrorist propaganda. For many Americans, it has already become something out of touch, something no longer tangible — we all remember where we were, but we don’t remember how we felt. If we even remember it at all.

Either by choice or the inevitable callouses of time, we don’t remember the heartbreak, astonishment, and sorrow of seeing our own nation wounded, our own people dead, our households frightened. We must not lose the reality of Sept. 11, 2001. If we do, we risk losing what has made America a target for evil since her inception — our heart and soul.

As the years keep rolling by, we have to remember how we felt that day and why we felt that way. To not remember our sorrow and anger that day is an injustice to those lost, for the public servants who valiantly saved countless lives with their selfless actions, for the heroes of United Airlines Flight 93 who stopped a fourth attack.

Today should be about remembering all of them and where we as a country stand now. It should be about looking back to see how we have recovered in the disaster’s wake, and the terrorists’ expected knockout punch was only a slight bruise. All these years later, you can see that America still stands today as it did Sept. 10, except now we’re vigilant and resolute.

Eighteen years ago, maybe some of us renewed our relationship with God, or even turned to faith for the first time. Maybe we hugged our family and remembered to tell them that we love them. Or, we talked to friends we haven’t seen in years. Maybe we just took a walk and dwelled on how blessed we really are to be living a land that is not oppressed and cherishes its founding principles of freedom.

Whatever our reaction was those years ago, hopefully it made us more grateful to have another day in America on God’s earth.

Sean Green is the editor of the Bossier Press-Tribune