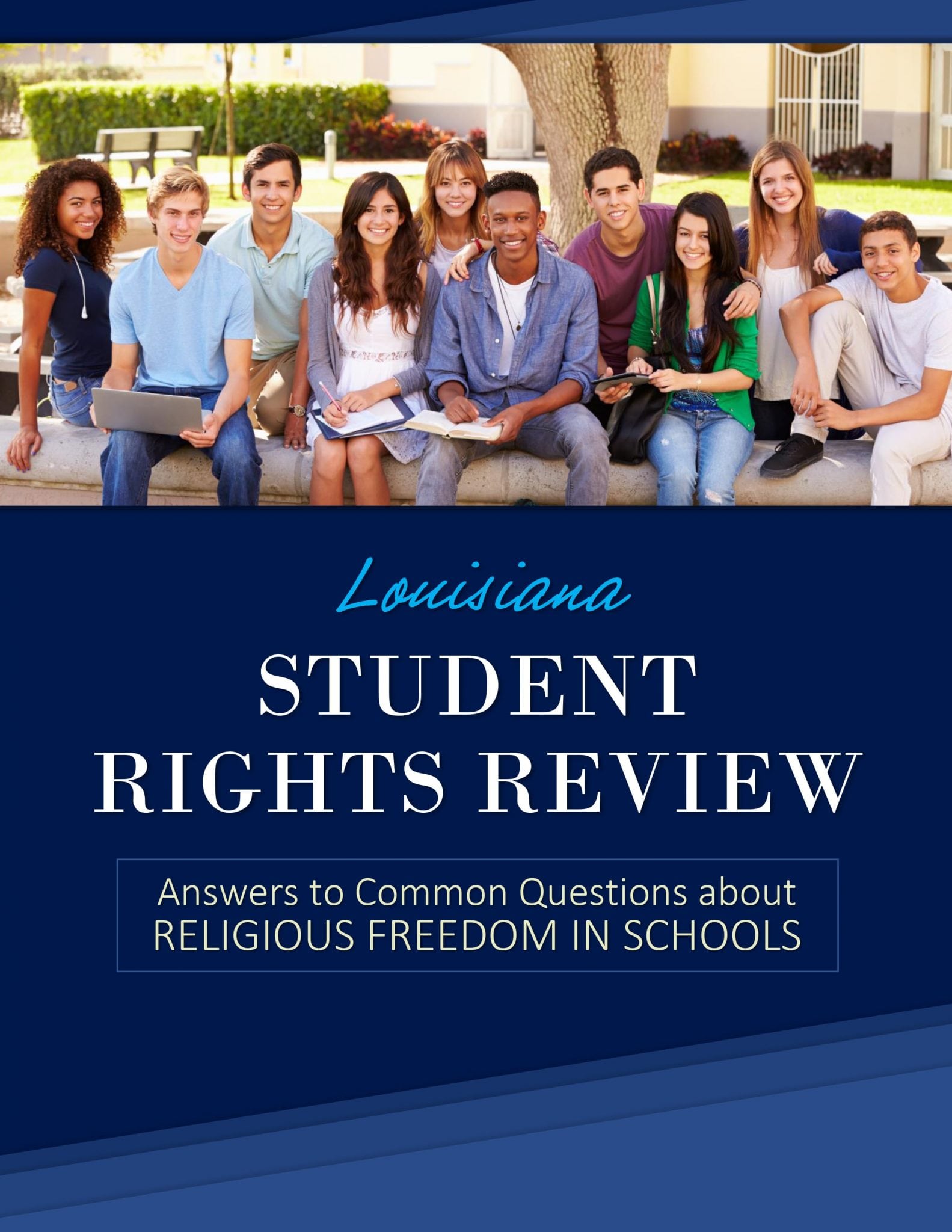 The 15-page booklet, releases Jan. 2, examines students’ individual right to religious expression, the rights of religious student organizations and organization involvement and teachers’ rights. “Louisiana Student Rights Review” is available as a free online resource at: http://www.mikejohnsonforlouisiana.com/religious_expression_in_schools. A hard copy of the publication will be mailed to all school superintendents throughout the state.

In Bossier Parish, the publication was disseminated to parents via Illuminate, which is Bossier Schools’ internal communications system. Landry’s office requested that Bossier Schools, along with every public school district in the state, share the information with parents.

“The information did not come from Bossier Schools; it came from the Attorney General, the function of his office being to render official legal opinions for the state of Louisiana,” said Superintendent Scott Smith. “Of course as a public school system we would distribute any official document or information pertaining to schools at the Attorney General’s request. It is incumbent on us to do so and disrespectful if we did not.”

Johnson served as a constitutional law attorney for nearly 20 years prior to being elected to Congress. He has successfully defended religious freedom in schools and in the public square in landmark cases in Louisiana and nationwide. He said this resource was created to answer many of the most frequently asked legal questions and misconceptions about religion on campus.

“It’s very important and timely because there is a great amount of confusion about what rights students have on public campuses,” Johnson said. “For decades, there have been activist groups on left involved in a campaign of fear and misinformation about the important subject of religious freedom. So the attorney general and I decided this would be a great public service to clarify some of these questions.”

Landry said the publication was a collaborative effort that grew from the strong friendship and interest in First Amendment law that he and Johnson share.

“Mike and I are very close friends,” Landry said. “We enjoy a great relationship and both have been deeply concerned with religious liberties and the rights the First Amendment bestows. We’ve been involved for quite some time. As lawyers, its an area we are both interested in.”

The U.S. Supreme Court acknowledged almost 60 years ago, “The vigilant protection of constitutional freedoms is nowhere more vital than in the community of American schools.”

“Unfortunately, too many people have been misled into believing schools must be religion-free zones when the truth is our First Amendment rights are not surrendered at the school house door,” said Attorney General Jeff Landry. “Congressman Johnson and I hope this publication will help all citizens better understand religious liberty.”

Johnson said he is pleased with the public response to the publication.

“It’s been very well received,” he said. “I knew that this would fill an important need. Not only my office but also the attorney general’s office constantly get questions about what the law says. It has been very gratifying to us that the publication has taken off and been shared statewide in every school district. It’s very gratifying for us to see so many people be so grateful for the resource.”

Landry said he is pleased with the positive feedback he has received.

“People are very enthusiastic that someone has gone out there and spelled out in plain English, in an easy-to-understand format, that student rights don’t stop at schoolhouse door,” Landry said.

Johnson said the publication is intended as a resource for everyone in the state, regardless of religious or political affiliations.

“The law is the law,” Johnson said. “I think it is a good thing for every citizen to be informed. A functioning constitutional republic depends up on an informed citizenry. Fundamental freedoms should not be taken for granted. Everyone needs to know what they are so they won’t be taken away.”