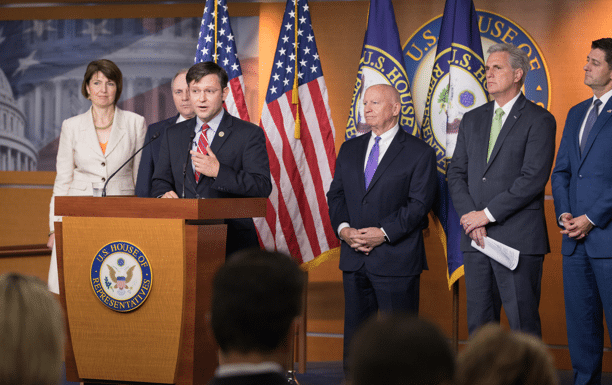 “This is a new era, Mr. Chairman, and the pro-growth policies that have been put in place by this Congress and the Republicans that have led it have helped support local businesses across the nation. We certainly are feeling that everywhere. Specifically, the Tax Cuts and Jobs Act has helped to lift the excessive burdens on business and promote job growth by providing more economic opportunity for more people. That leads to economic mobility so that people can move up the ladder, and that’s part of the American dream,” Johnson said.

“Starting in 2016, Mr. James and his partner, Pricilla Mayfield, opened their anchor store in downtown Kinder – small-town Louisiana. Remarkably, he built his business from the ground up and never took a loan. He went out and was a risk-taker, an entrepreneur, and it worked. He expanded his business to include shops in Oberlin and Shreveport which is our largest metro area in the district,” Johnson explained. “And now, with the implementation of our tax reform and our pro-growth, pro-business policies, Mr. James tells me he plans to open a fourth and now a fifth location in the very near future. This is a great success story, and this is the kind of thing we are seeing all around the country.”

Johnson said Rodrick is one of many small business owners who believe in the American Dream, and that the simplified tax code of the Tax Cuts and Jobs Act has helped them keep their dollars to reinvest in their businesses and community.

“I completed my 28th town hall just last week when we were home for a day, and I can tell you that everyone from all walks of life and all across this country are feeling the effect of this.”