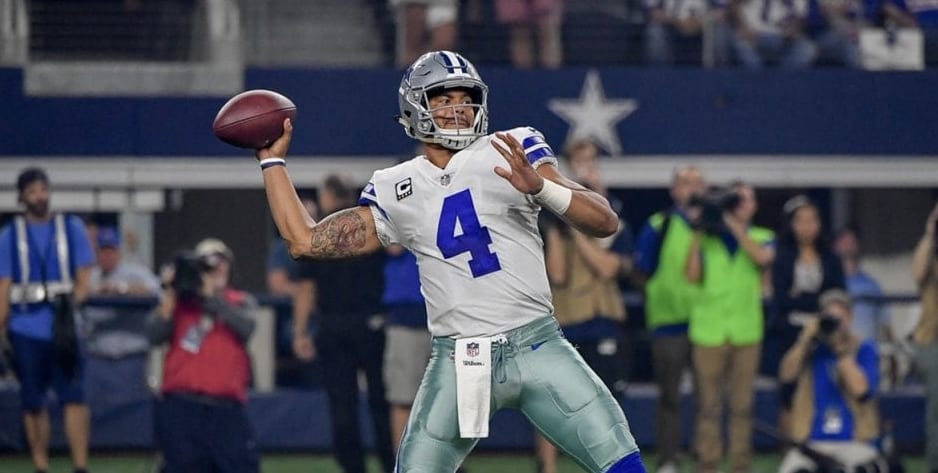 Former Haughton star Dak Prescott and the Dallas Cowboys have agreed on a four-year deal worth up to $164 million, according to multiple media reports.

Prescott, the Cowboy’ fifth-year quarterback, played on a franchise tag last season, earning $31.5 million. He suffered a compound ankle fracture and dislocation that ended his season in Game 5 against the New York Giants.

According to reports, $126 million of the new contract is guaranteed. With a base salary of $9 million and a signing bonus of $66 million, he is scheduled to earn $75 million the first year of the contract, which also reportedly includes a no-trade clause.

Prescott enrolled at Mississippi State in the spring of 2011 and set numerous school records in his four years there.

He was drafted by the Cowboys in the fourth round of the 2016 NFL Draft and thrust in the starting role as a rookie after preseason injuries to starter Tony Romo and backup Kellen Moore.

Prescott started every game in his career until the injury last year.

In his rookie season, the Cowboys went 13-3 in the regular season and Prescott was named the NFC Offensive Rookie of the Year.

Last season, he was on pace to set the NFL record for passing yards with 1,856 yards.

According to reports, Prescott’s recovery and rehabilitation from his injury is on track and he could be ready to return to the field in the spring.