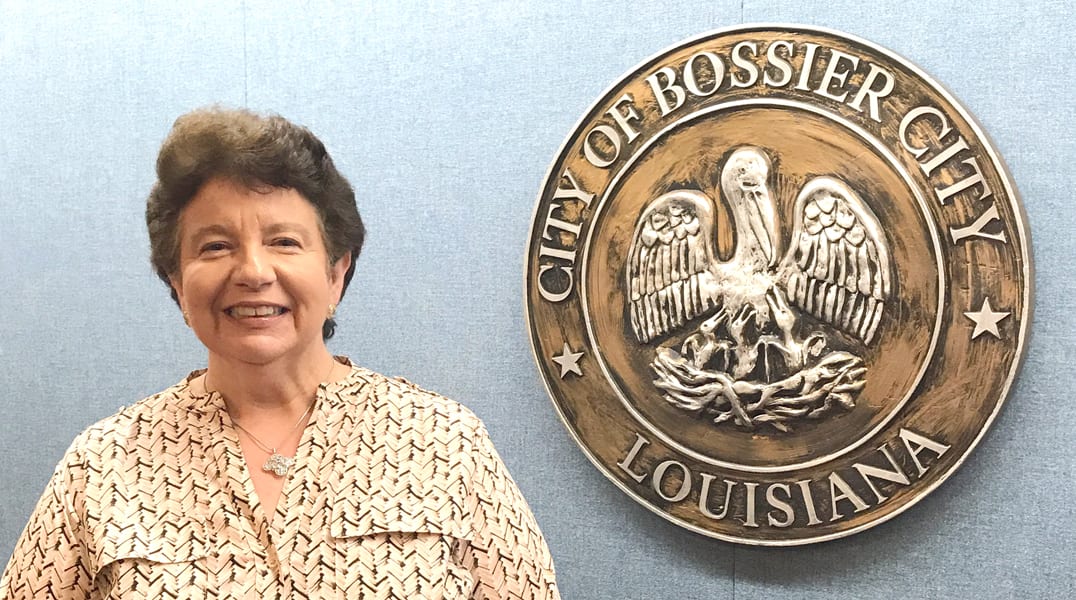 As the proverb goes, “It takes a village to raise a child.” There are few people in Bossier City that live by this credence more than Pam Glorioso, right hand woman to outgoing Bossier City Mayor Lorenz “Lo” Walker.

“There’s strength in standing alone, but there’s a lot more strength when you stand together. That’s what a partnership is all about,” she says.

Her aspiration has been the betterment of Bossier City ever since she was a young girl whose dad was actively involved with the city’s government for 25 years.

Glorioso explains, “Him being in the police jury put the taste in my mouth for politics.”

She also believes it is her passion for Bossier City and her aptitude for working well with and for people that allowed her to become Bossier City’s first female Chief Administrative Officer (CAO).

After getting hired by former Bossier City Mayor George Dement’s administration and gaining invaluable experience working in the government, when it came time to choose a candidate for the position of CAO during Walker’s administration, she was the most qualified for the job.

Ever the charismatic vanguard of Bossier City’s development and vitalization, when asked how Bossier Parish has changed since the 32 years she has been serving the city, she effortlessly remarked, “Well, we don’t have the horse and wagon anymore.”

She also raised the point that the development and quality of infrastructure has significantly improved ever since the city has placed a priority on the pioneering of projects like the Brookshire Grocery Arena, the Louisiana Boardwalk, and many of the parks around the city.

In regard to the direction she foresees Bossier taking in the future, she stated, “I’m hoping it continues down the good path it’s on.”

Confident with the work that their administration was able to accomplish for the city, she believes that, if this momentum keeps up after the shift in leadership, Bossier will continue to improve in the ways it has been for the three decades that she has been involved.

She believes one of these fundamental priorities to be the continuing maintenance and development of the city’s infrastructure. “Improve what we have. Take care of what you’ve got.”

When considering a retrospective on her career and which of her achievements she is most proud of, her main consensus was the influx of out-of-state traffic that Bossier experienced during her involvement in projects like the East Bank District and the Brookshire Grocery Arena.

She also reminisced on how much fun she had working as the Film Commissioner for the city and pitching Bossier and Shreveport as the best locations to shoot the next big Hollywood movie.

She was one of the influential proponents behind the movie scene that came to the parish during the mid and late aughts, including Disney’s The Guardians and Millennium Films’ Olympus Has Fallen.

As for any recreational or career-oriented plans she has coming up for herself, she has been interested in taking up antiquing and is also looking into the potential of returning to serve Bossier once again, possibly with a shift of political agenda.

In a final remark to her fellow coworkers and the outgoing mayor, she had this to say, “Thank you for the 32 years and the opportunities you’ve given me.”