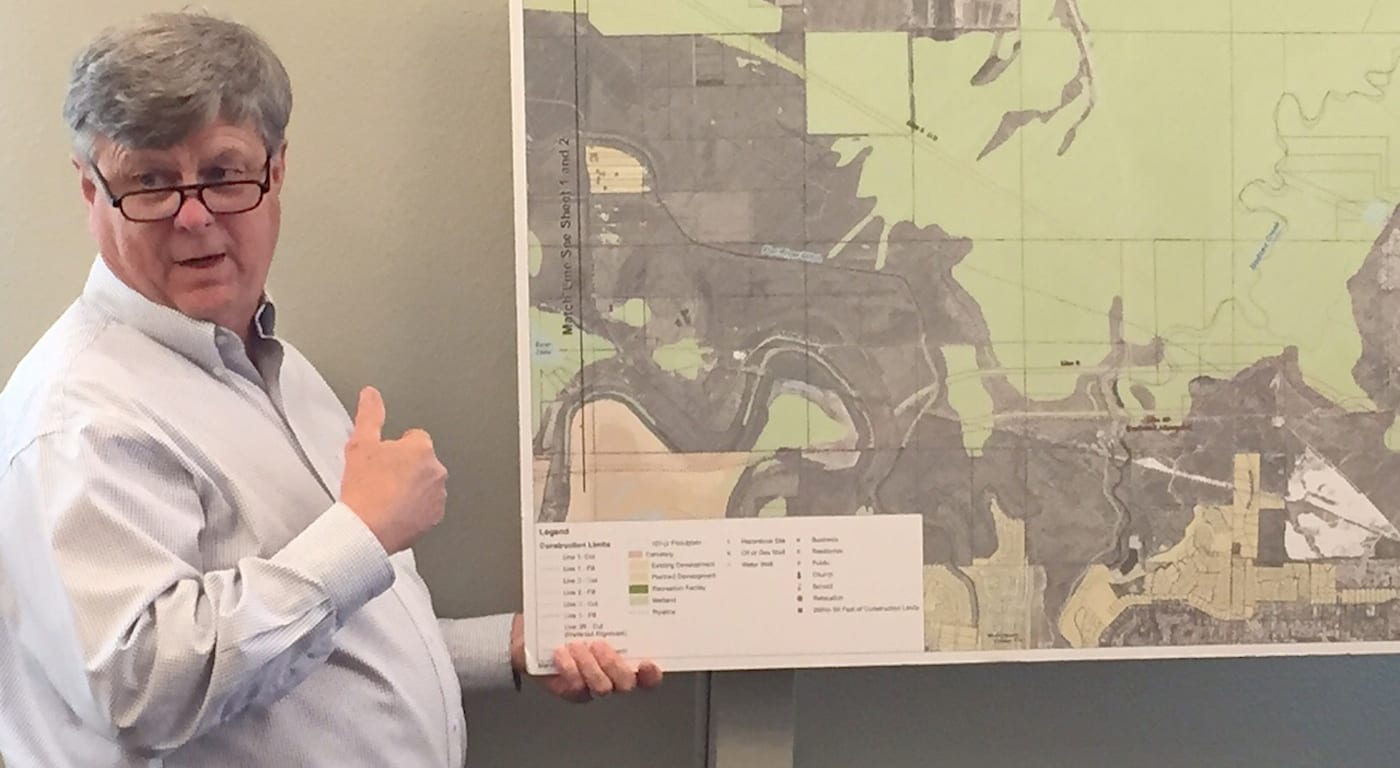 Even though it’s approaching 12 months since a historic flood in Bossier Parish, major issues remain over fixing damaged roads from the 2015 flood.

The Federal Emergency Management Agency (FEMA) has balked at damages to parish roads totaling around $1.6 million.

Parish Engineer Butch Ford said it comes down to FEMA arguing the roads he and the Bossier Parish Police Jury (BPPJ) have proposed as damaged were already damaged prior to the floods.

“The FEMA team looked at Google Maps and said they were already cracked and I disagree with them totally. We take care of our roads in Bossier Parish,” Ford said.

So far FEMA has put up only $179,000 for paved roads affected by the 2015 flood. Ford said he and the BPPJ are appealing that decision.

Meanwhile, FEMA and the BPPJ haven’t even begun to settle funding for roads damaged in the 2016 flood.

“I know a lot about road design and roads are not designed to be covered by water, that’s why you have ditches,” he added. “I have been fighting to get this new FEMA bunch to understand that, and it’s deaf ears to date. We’re adamant we’ll go to the hilt with this.”

All in all, Ford said he estimated $10M worth of damage in Bossier Parish from last spring’s flood. So far, FEMA has approved $3.4M to fix the affected areas.

Still, the parish will only receive 75 percent of that money, as that is the typical percentage FEMA reimburses for things such as debris removal and road/bridge damage.

“We’ve got to come up with 25 percent of these dollars and we’re working to make it happen in the first quarter of this year,” Ford said.

He pointed out that the floods in Baton Rouge this past summer got a special declaration that covered 90 percent of costs. The BPPJ has asked to get the same percentage for their remaining $7M in damages.

“We have requested the same because it happened in the same year,” Ford said. “We haven’t heard if it’s been approved or not. My gut feeling is no, because in past flood events we’ve only received 75 percent.”

In addition, FEMA awarded Bossier Parish $1.179 million in mitigation. But Ford pointed out the parish doesn’t actually have any money allocated to them directly.

“We do not have a single dime of mitigation money,” Ford said. “We apply for money through GOHSEP (Governor’s Office of Homeland Security and Emergency Preparedness) and they submit them to FEMA.”

That money is available to improve drainage, elevate homes, and other projects that would limit losses. For example, Ford said that money can be used to buy severely damaged homes so residents don’t continue to pay for homes that are regularly damaged by flood waters… which is a sore subject for the parish.

The application process has held up efforts to help residents who have sustained repeat damage on homes in various flood events.

“In 2009, we had a smaller flood event with 10 people wanting to be bought out of their homes. It took us four years to buy one home and we’re still trying to buy one home that FEMA won’t approve. The other eight people bailed out. This year, they flooded again, now they’re back on the (buyout) list again,” he added.

Ford and Parish Administrator Bill Altimus are hoping to address how to speed up the process to request mitigation dollars and submit applications during a GOHSEP meeting in Bossier this week.