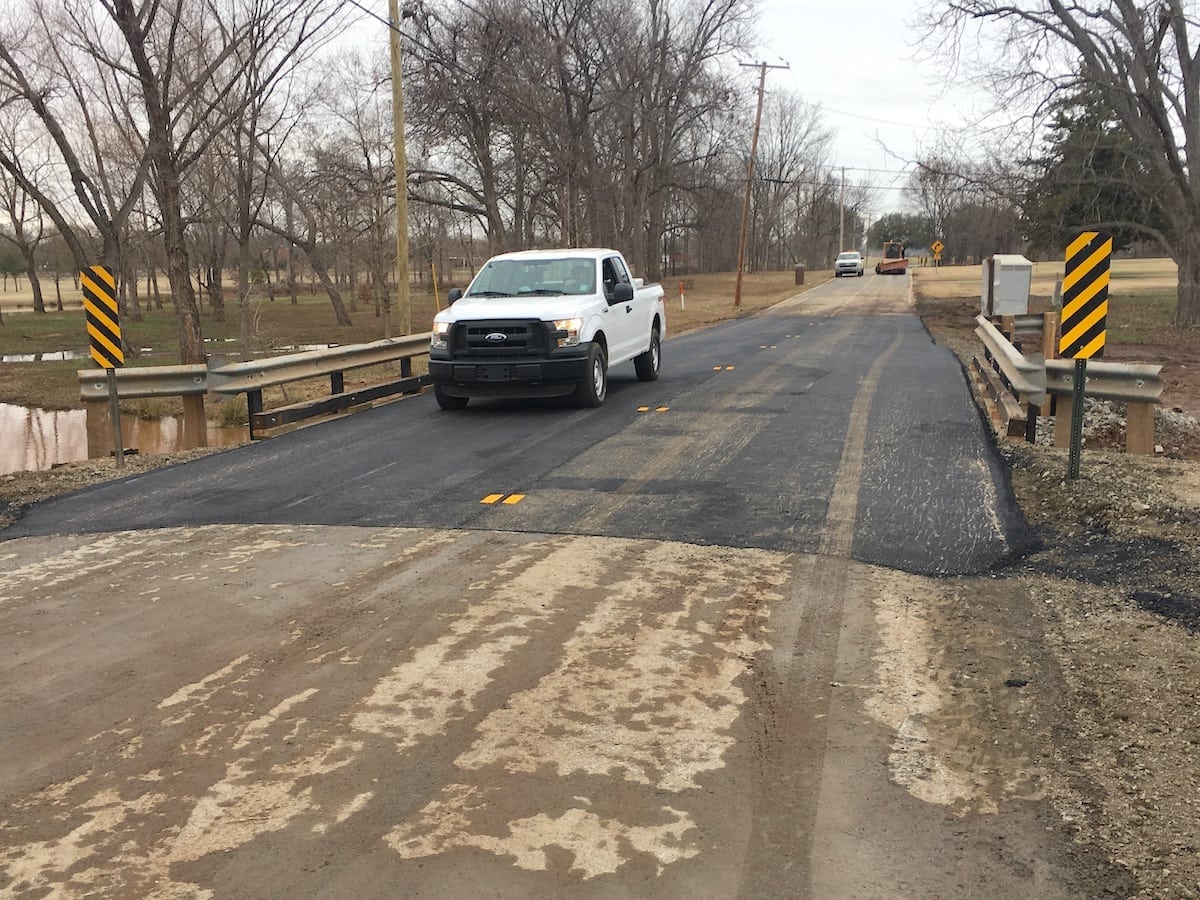 The Vanceville Road bridge reopened to traffic last week. It’s a big benefit to many living in the neighborhoods close to the bridge. But it is just one example of parish officials’ commitment to their top priorities this year.

“We’re having too many issues now with our bridges being closed.” said Bossier Parish Police Jury president Glenn Benton. “School buses can’t get across, so that’s going to be our top priority, to try to get as many of our bridges up to date as we can.”

Parish Administrator Bill Altimus said the timber bridges in the parish are not holding up to today’s heavier traffic demands.

Altimus said parish officials understand the inconvenience created when a bridge like the Vanceville Road bridge is closed for repairs. But safety, he said, is the parish’s paramount issue.

Altimus added that the parish is still working on some roads and bridges that were damaged by major flooding in 2015 and 2016.

“Roads and bridges are really our primary responsibility, and the need attention. The floods of ’15 and ’16 didn’t help us. Unfortunately, FEMA’s taken the road that floods don’t damage roads, the roads are damaged because they had damage before they were flooded.”

Altimus said the parish had good roadways before the floods and the discovery of the Haynesville Shale because Parish Engineer Butch Ford told the police jury years ago he wanted to start cutting soil cement on parish roads, which gave them a strong base to support the added truck traffic from the Haynesville Shale.

Since the flooding, tests have been done that Altimus said prove to parish officials that the more flooding a roadway received and the longer the water stayed on the road, the more damage that road sustained. He said roads in the southern part of the parish, where the flooding was worst, there is no base left, and the roads are crumbling. Altimus said FEMA has disputed those findings, but the parish will continue to seek reimbursement for repairing those roads.

“We’re talking millions and millions of dollars we need to spend,” he said.

“You’ve got a lot of people in the parish who live around the lake, and in order to get into Bossier City or Shreveport, they have got to go west to go south. If they have a straight shot in the middle of the parish, that’s where they are going to go. The city, in their wisdom, improved Swan Lake Road on their side, so it can handle the traffic. So that’s going to be Airlile Drive Two in the future.”

The parish has another road project targeted. The extension of Winnfield Road will alleviate some of the parish’s east-west traffic issues. Altimus said environmental tests have been done for that project, and they hope to get engineering work done, too.

“That’ll put another loop above I-220,” Altimus said. “We plan to go from Winfield Road all the way to Highway 3. So you’ll cut Stockwell, you’ll cut Swan Lake, you’ll cut Airline and Highway 3.”

Another ongoing priority for the parish is the water and sewer system. Benton and Altimus agreed that was key to growth in the parish.

“We’re still working on water and sewer,” Benton said. “Water and sewer are the most important thing to make this parish grow.”

Altimus cited the Swan Lake road extension as one example where thousands of acres will be opened up for development when the sewer service is added.

“When you can provide public utilities to areas where there are none, you get growth,” he said. “It’ll blow that wide open.”

Altimus said he and Ford have been working on the sewer expansion for 12 years. The challenge, he said, is finding the right combination of funding to make the rates affordable and still pay back the debt.