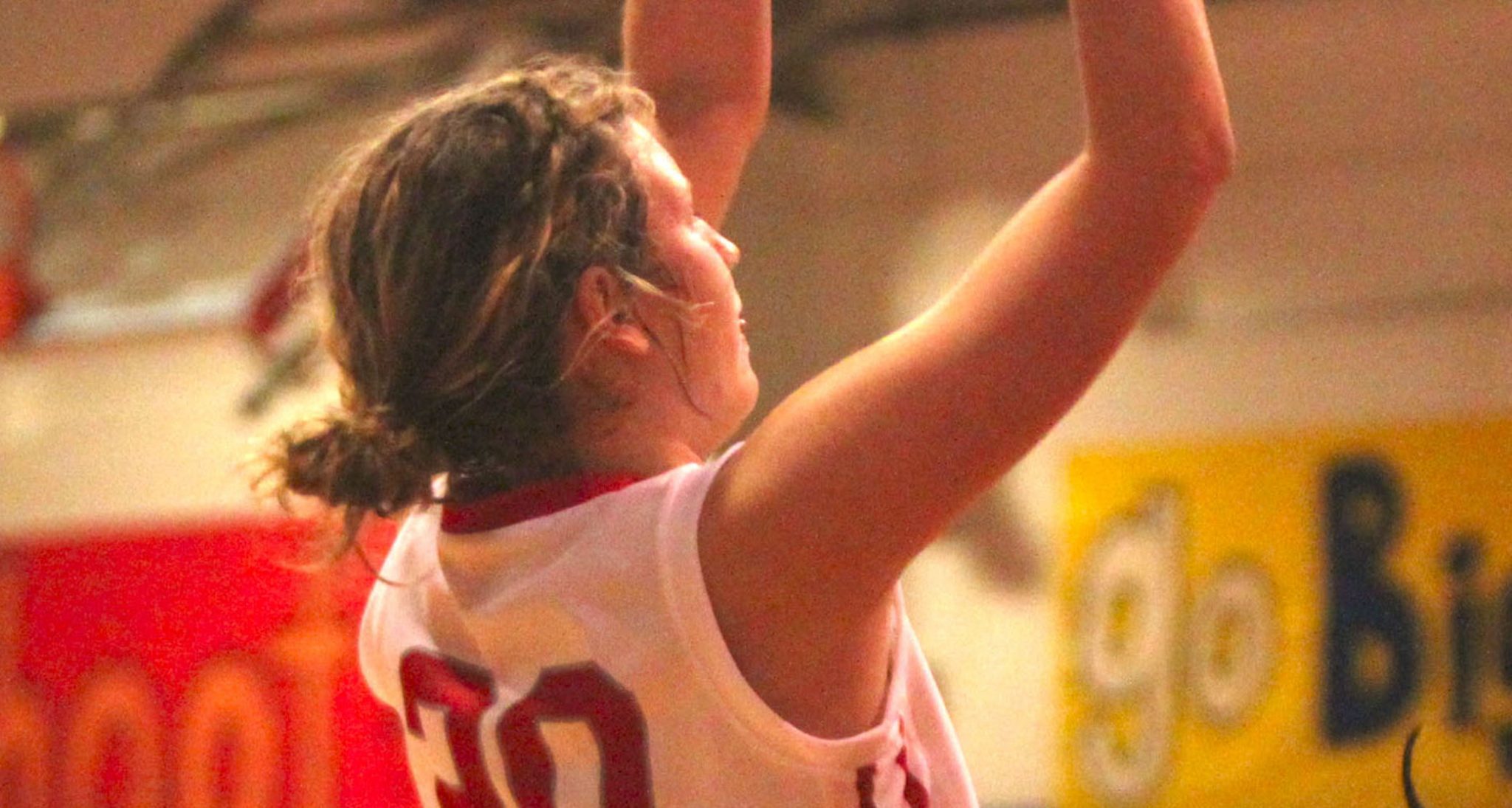 “She’s our leading scorer but she works so hard on both sides to do the best she can,” said coach Jennifer Pesnell.

Robinett has helped Haughton post a 12-2 record during the first half of the season. The Lady Bucs will take a 10-game winning streak into the “Doc” Edwards Invitational.

Robinett, who has been a starter since her freshman year, is averaging 14.3 points per game. But unlike many players who live for scoring and could care less about defense, Robinett takes pride in her defense and enjoys it.

“My favorite part of the game is defense,” Robinett said. “Coach usually puts me on the best player for the other team. It’s a challenge every game.”

“She is vital to the team,” Pesnell said. “She gets along with everyone and they all look up to her. She is the nucleus of the team.”

The daughter of Chris Robinett and Kelly Newell, she started playing basketball in elementary school.

What she really enjoys about playing is having a close team and having a good relationship with all the players.

Pesnell said two of the things that set Robinett apart are her work ethic and her leadership ability.

“She’s a great leader for the team and a hard worker,” Pesnell said. “She’s a leader by example. She works hard in practice and others see that. You are always going to get her best effort in everything she does.”

Robinett is active at Eastwood Baptist Church in Haughton.

She earned a spot on the LHSAA Class 5A All-Academic team in cross country with a 3.82 GPA.

After high school, Robinett plans to attend Northwestern State University in Shreveport to study in the X-ray program.

But, her focus right now is on the season ahead. Her goal is to go further into the playoffs, at least advancing to the second or third rounds.

Pesnell said one of the things she likes most about Robinett is her commitment to excellence in all of her endeavors.

“She’s a great overall kid,” Pesnell said. “She gives everything she has. She is very involved in clubs at school, church, track and basketball.”