The region we call home already has a sound infrastructure in place necessary to support economic development. Between I-49, I-20, I-220 and the railways and waterways centered at the Port of Caddo Bossier, northwest Louisiana has positioned itself as a strong contender for new business development and existing business expansions. Earlier this fall during one of Governor Edwards’ visits to the region he announced a nearly $50-million-dollar investment in infrastructure upgrades to increase access to Barksdale Air Force Base.

Increasing access to the base will address security and convenience issues for base personnel. The upgrades will continue the I-220 Loop Interchange into Barksdale Air Force Base at I-20 near Louisiana Downs. The result will be a wider, more modern traffic flow that will assist the eastern portions of the base’s housing developments without the interference from rail tracks.

Improving the security of base access alone in today’s world holds enough reason for the investment, and this new interchange safeguards much more in the way of a more secure BAFB than some of the residential access points of the past. The completion of the project will help to ensure the continued development of Barksdale as a primary, secured facility in the Air Force and military command structure for our country. 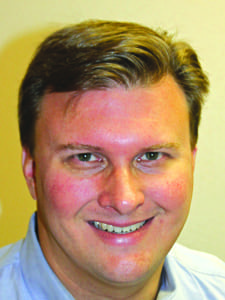 This has been a project many years in the making. Leaders in the community have been working together to support Barksdale and address both access and security concerns through congressional delegation visits and meetings at the Pentagon in Washington, D.C.
This interchange was always part of the long ago developed transportation plan for our region, going back to the original designs for I-220. It’s interesting to see an aerial photo of the I-20 and I-220 interchange where there are unfinished dirt berms that are placed to continue the flow of the road system into the next incarnation of growth for northwest Louisiana.

The traffic flow details on the multi-lane entrance and exit for BAFB are still to be developed, but at the heart of the issue are the main access points of elevated roadways over I-20 south into the base itself. The original vision laid the groundwork for a community wide loop system, however the terminus of this was the northern border of BAFB, and thankfully that now has grand purpose for assisting our friends at Barksdale with the latest security requirements.

An investment of this size into northwest Louisiana reminds us that we have been the beneficiaries of the work from individuals within the community who continually pursued long term visions in order to make the region prosperous. Their efforts have not been lost on the many of us presently working to build upon their foundation.

We recognize that had the original foundation for the base infrastructure upgrades not been laid, the cost of adding the project present day could be unattainable and would potentially put the future of BAFB in jeopardy.

The work needed to make this investment in base infrastructure come to fruition must be a joint effort between local, state and federal delegations to ensure that military dollars continue to flow into the market to help grow and sustain our base’s needs.
It is now incumbent on our leadership to complete these upgrades as well as envision the next generation of issues that we can lay the groundwork for so that we can continue the work in building on our efforts to grow and prosper.