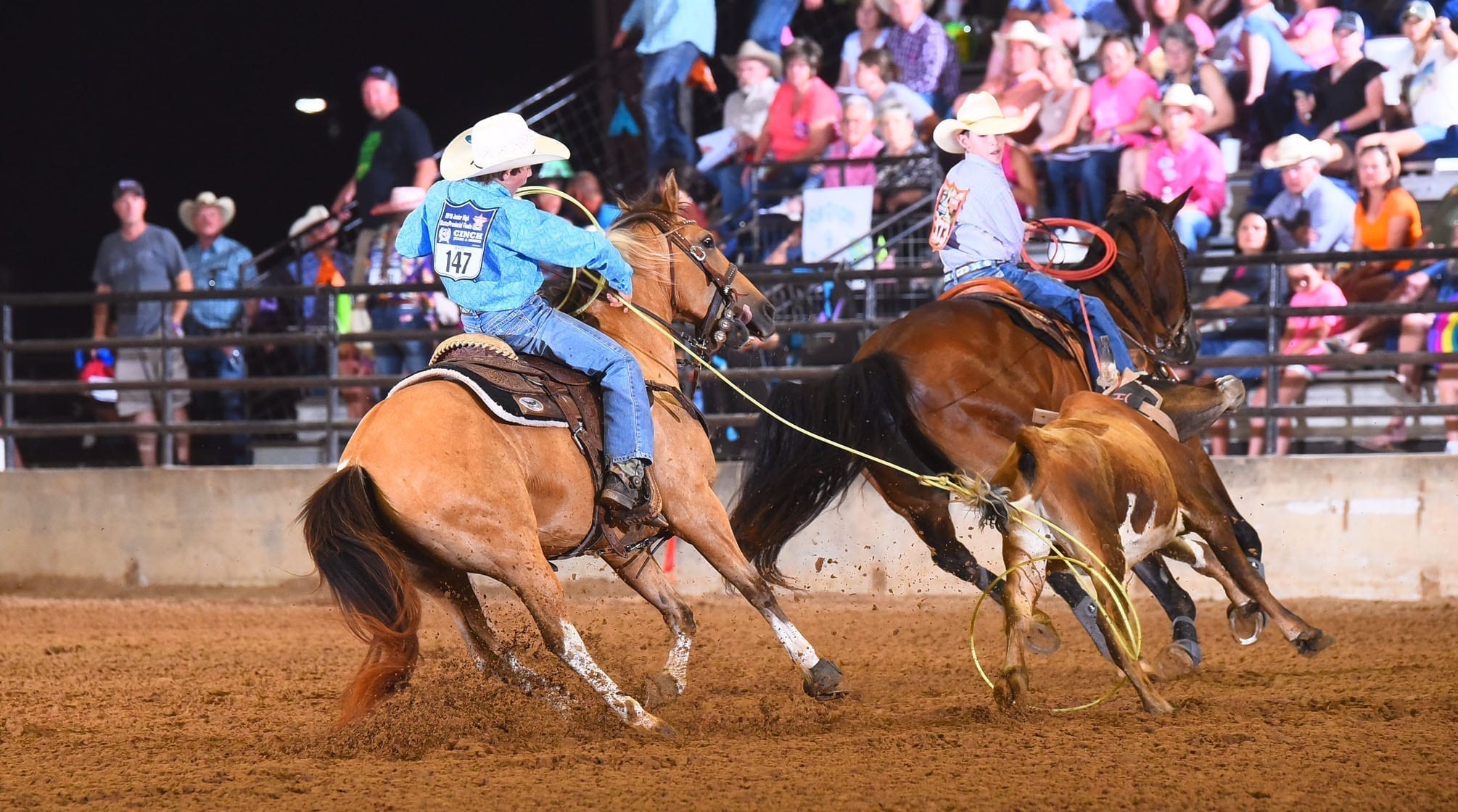 Two Benton Middle School rising eighth-graders are headed to South Dakota for the National Junior High Rodeo Association Finals.
Chase Rambin and George Chambers V qualified for the event, which starts June 24 in Huron, at the Texas Junior High State Finals in Gonzalez, Texas, earlier this month.
Rambin won the championship in breakaway roping. He also competed in team roping and ribbon roping.
Chambers and his partner, Justin Raymond of Center, Texas, won the reserve championship in team roping. He also competed in breakaway roping, ribbon roping and goat tying.
The National Finals features about 1,000 competitors from 43 states, five Canadian provinces, Australia and Mexico, according to a press release. It is the largest junior high rodeo in the world.
Contestants will be competing for $80,000 in prizes and $200,000 in college scholarships along with a chance to become a World Champion.

To become a World Champion, contestants must finish in the top 20, based on their combined times/scores in the first two rounds, to advance to the final round on Saturday, June 30. World Champions will be determined by the combined times/scores in all three rounds.
Rambin, son of Benton High coach Tracey Rambin and her husband Paul, became interested in competing in rodeo about two years ago.
“I got started rodeoing after watching my papa and aunt throughout the years,” Chase said. “It’s fun to me because I get to rodeo with friends.”
His grandfather, Mayo Cobb, is a veteran rodeo competitor. Rambin started working with him and his aunt, Lori Slay, riding their horses. Eventually, he began to learn roping.
“He loved it so much he asked if he could get in a rodeo so last year we entered him in the Pineywoods Youth Rodeo Association to get some experience,” Tracey Rambin said.
Rambin and Chambers both worked with calf roping coach Carl McBeth at his ranch. Chase practiced with dummy calves while George roped live ones.

Rambin was riding his grandfather and aunt’s horses for a time, but as he progressed his parents bought him a horse.
“We realized he needed his own horse because he loved it so much and all he did was practice swinging a rope and roping his dummy from the moment he got home in the evenings until bedtime,” Tracey said.
In addition to buying him a horse, Chase’s parents leased a pasture with stables.
He goes to McBeth’s ranch once or twice a week now with George. And if they’re not there, you can usually find them in George’s roping pen roping steers.
On the weekends, if he’s not participating in a an event, Chase heads to Mansfield to practice with his grandfather.
He said he’s excited about the opportunity to compete in the Finals against other boys from different states and countries.
Chambers, son of Winde and the late George Chambers IV, is in his second year competing in Texas Junior High Rodeo. This is his first time to qualify for the Finals.
“George started swinging a rope as soon as he was old enough to stand,” Winde Chambers said.
By age 6, he was team roping. He team ropes on Butterscotch, a 15-year-old buckskin mare, and calf ropes on Ethan, an 8-year-old quarter horse gelding.
George is a fourth generation cowboy. His fatherand mother taught him how to rope and ride during countless hours in the practice facility.
“Rodeo is a family-oriented sport,” Winde said. “It takes a lot of time, dedication and practice.”