The man and woman who are roommates of a Bossier City man arrested last week on possession of stolen things and drug charges have now been arrested.

Emily A. Thrash, 27, and John “JT” Thomson III, 37, of the 2800 block of Patricia Dr. in Bossier City, were taken into custody by the Shreveport Police Department at a Shreveport hotel Sunday night. 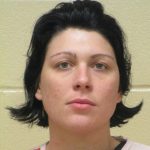 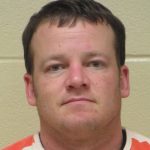 They are roommates with Roger A. Burgdorf, who was arrested Thursday at his Bossier residence after detectives recovered stolen items from his house taken in a burglary in Shreveport on New Year’s Day. Detectives also found drugs at the residence, as well as stolen items from recent Bossier City burglaries.

The Bossier Sheriff’s Office submitted a news release Friday afternoon about the arrest of Burgdorf and that detectives were looking for the two roommates, Thrash and Thomson. By Sunday night, they were taken into custody.