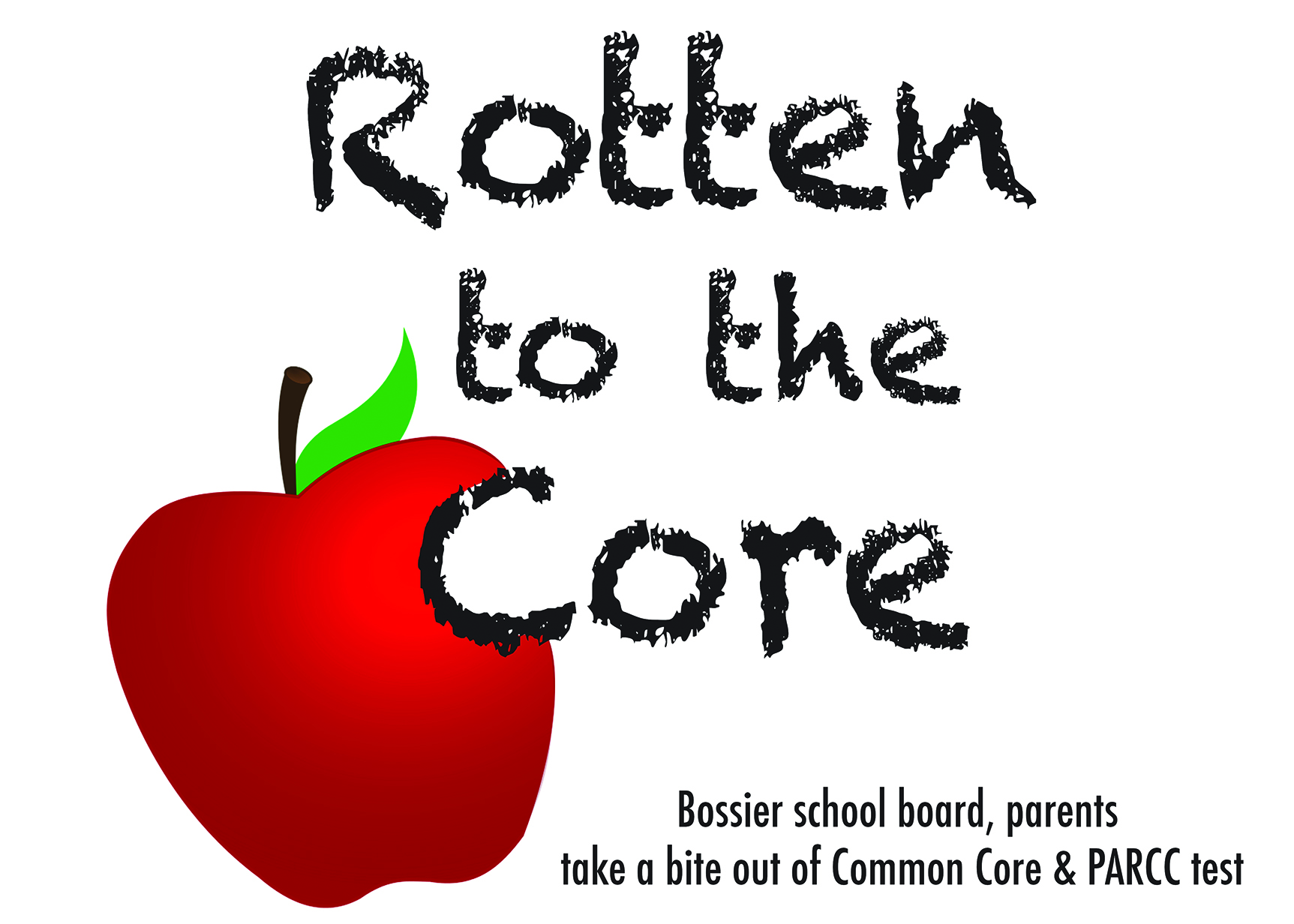 Louisiana’s public school students are scheduled to take the PARCC (Partnership for the Readiness of College and Careers) test next month, yet people around the state are still taking a stand against it.

School systems and concerned parents have many unanswered questions about the PARCC test, administered to grades 3 through 8, and are upset that they haven’t received any answers from the Board of Elementary and Secondary Education (BESE) regarding the English language arts (ELA) and mathematics tests.

Some parents have opted to remove their children from taking the tests, concerned with how the results will be used and because the scores from this spring’s assessments won’t be available until the fall.

Christy Johns, a Bossier resident and mother of a third grade student at Legacy Elementary, is one of those voicing concerns on the local level. She is part of an outspoken group that calls themselves the “red shirts,” referring to the red anti-Common Core t-shirts they wear to public meetings.

Like many others, Johns would like to see it gone because of the stress is puts on students, including her own child.

“[PARCC] is not even a real test. It is a fake test that has absolutely no merit. These kids are under stress and spending wasted time on a test that has no meaning. Nothing will even be back until the beginning of the next school year.”

While parents have a legal right to “opt out” their children, doing so would have dire effects on school systems throughout the state. Each “opt out” earns a zero for the school, which is averaged into the PARCC test score average, the School Performance Score and the school’s state Letter Grade.

The Bossier Parish School Board unanimously passed a resolution at their Feb. 5 meeting requesting members of the Louisiana legislature enact legislation to “remove Louisiana from the Common Core State Standards and charge the Louisiana State Superintendent of Education and Louisiana Board of Elementary and Secondary Education with developing, with stakeholders’ input, Louisiana Standards for Education Excellence with sufficient time for implementation prior to the abolishment of Common Core,” remove “PARCC testing and select a replacement assessment instrument that allows Louisiana to be compared nationally and to identify and announce the new assessment not later than June 2015,” and to require the “Louisiana State Superintendent of Education the Louisiana Department of Education, and the Louisiana Board of Elementary and Secondary Education to amend the state’s accountability guidelines to relieve us from any adverse impact or sanctions upon students, teachers, schools, and districts that would result from PARCC testing performance or opting out in the 2014-2015 school year-especially letter grades associated with school and district performance scores.” The resolution was written and presented by school board member Frank Kelly (Dist. 3).

School board member Billie Jo Brotherton (Dist. 1) said the conflict happening between the state and local boards is “a mess” that has students and teachers wrapped up in the debate.

“Louisiana is in a mess right now and we’re right in the middle of it,” Brotherton, a former educator for more than 30 years, said. “I wish they would come up with something, but I don’t see that happening this spring. Right now, the best way is to send this resolution to let them know Bossier Parish is a group that’s going in this together. Let’s all pray for the best.”

Johns said the resolution “sends a strong statement” and is a “small victory” toward the movement of ridding the state of Common Core and PARCC. However, she feels the fight is far from over.

Pleas from concerned parents and many others are falling on deaf ears. BESE president Chas Roemer has refused to call a special meeting to address PARCC testing, stating that BESE members can talk about issues related to the Common Core test at their regularly scheduled meeting on March 6.

Four BESE members have verbally committed themselves to supporting the effort to remove Common Core and PARCC testing, including Jane Smith, current BESE At-Large Representative, former State Representative and former Bossier Schools superintendent. Smith said at the Feb. 5 school board meeting that the resolution passed is an urgent request for legislators and BESE to do what the school’s are asking them to do.

The next step is personally taking the resolution to Baton Rouge for the March BESE meeting.

“No matter what you pass, someone in authority and someone who has an understanding of this, needs to be in Baton Rouge to hold your resolution up and explain why your board voted unanimously for this.  You need to be there,” Smith said.

Gov. Bobby Jindal is urging the state education board to allow alternative tests for Louisiana public school students whose parents want them to “opt out” of standardized exams aligned with “Common Core” achievement benchmarks.

While parents are concerned about the impending state test, they aren’t opposed to higher standards for education.

“We are not against that whatsoever, but it needs to be on an equal playing field,” Johns said. “Common Core is a one size fits all, dumb down America. Nobody takes into consideration, especially in the South, the poverty level. We can’t compete nationally because they don’t have the issues we have. Let the teachers teach and get the government out of our classrooms.”

Smith said, based on her own experience as an educator, that the best plan moving forward is to create a clearly defined pathway for students to use from the time they enter school to the time they leave. She believes that Common Core and PARCC don’t do that.

“There has to be a transition time so that we get it right this time. Boards of Elementary and Secondary Education throughout the nation are having to do just what our state is having to do because states are running away from [Common Core],” Smith said.