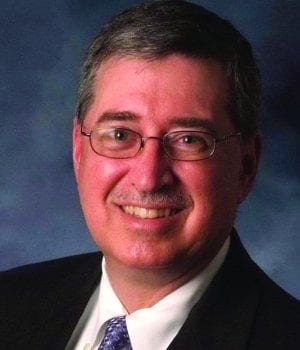 I had great teachers in high school and college in Civics, Government, and American History. They spent much time helping us understand the importance of the Constitution and Declaration of Independence – documents described by Martin Luther King as “a promissory note to which every American was to fall heir”.

We learned about the principles of separation of powers and checks and balances that have served for over 200 years to prevent the concentration of power in one individual or political party. These principles in the first three articles of the Constitution serve to prevent the tyranny of the majority. The separation of powers and checks and balances support the rule of law – a concept based on the importance of individual freedom and equality and the connection between law and morality.

During this election season, several leaders of the Democratic Party have advocated for change to longstanding precedence related to these principles. Both the Democratic candidate for President and Vice President remain silent about the question of whether they intend to impact the separation of powers by packing the Supreme Court and/or doing away with the legislative filibuster.

There is little to no precedence for this issue. The nine person Supreme Court and the legislative filibuster have been present for over 150 years. A serious effort to pack the court has only been considered one time during Franklin Roosevelt’s Presidency during The Great Depression and that effort failed.

America’s place as the leader of the free world is threatened when we have a system where laws and ideas are declared just or unjust arbitrarily in reaction to the ideology of the loudest and most powerful voice in the conversation. There is a need in democracy for expression of different perspectives. Throughout history, people have not been served well by a totalitarian government.

There is a truth in politics that “power tends to corrupt, and absolute power corrupts absolutely”. James Madison, the father of the Constitution, noted “ambition must be made to counteract ambition”. There is a need for each branch to limit the power of the other.

The intent of separation of powers is to prevent the concentration of power in a few and provide for checks and balances. Our founders created a system designed to prevent unchecked power because they had experienced this with the English monarchy. Unchecked power was a major reason the American Revolution was fought.

Preserving a republic based on democracy for over 250 years is an amazing accomplishment. The principle of separation of powers is a major contributor to the preservation of our republic. It is part of the foundation of governance of a country that is a unique force of good in the world. It is why people from across the world make great sacrifices to immigrate to this country.

Long held constitutional principles are too important to the long-term future of America to let them be sacrificed in a quest for power by any political party. The question of whether packing the Supreme Court and abolition of the legislative filibuster is on the ballot remains unanswered at the time this is written. For the sake of my Civics, Government, and American History teachers and this country I love, I hope this issue of a need for transparency in this important issue will be resolved before election day.

Dr. Phillip Rozeman is a practicing cardiologist.  He is past Chief of Staff of the Willis-Knighton Health System and past Board Chair of the Shreveport Medical Society. He is the second recipient of the John Miciotto Lifetime Healthcare Achievement Award.