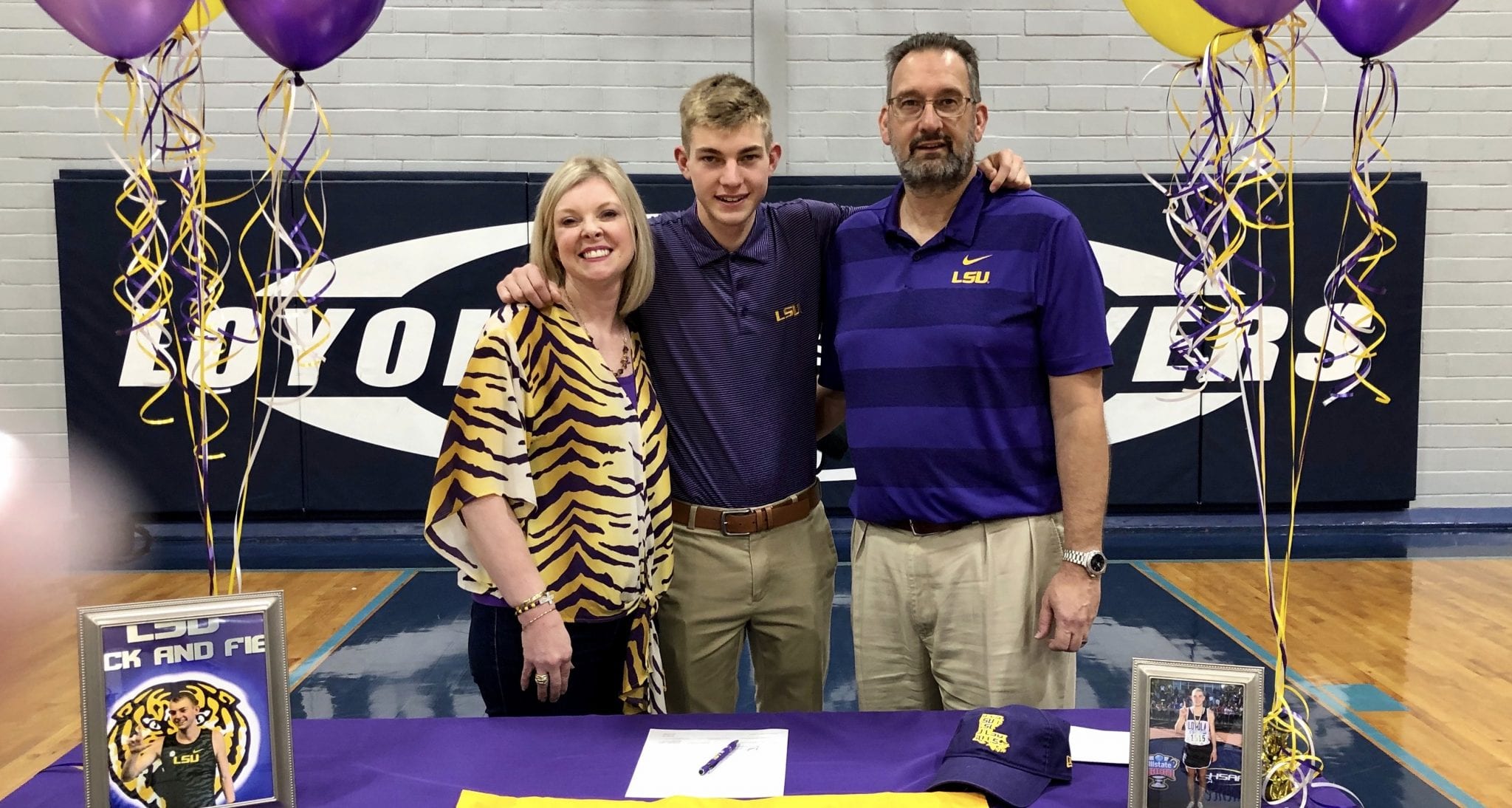 Bossier City’s Will Dart has added another title to his collection.

The 18-year-old Loyola College Prep graduate won the men’s division in the annual Sportspectrum Firecracker 5K Race for Research on the Fourth of July.

Dart covered the course, which starts at Mall St. Vincent and weaves its way through Shreveport’s Highland neighborhood, in 15 minutes, 25.4 seconds. Keith Kotar of Aledo, Texas, finished second in 15:49.08.

Dart missed almost his entire senior season of outdoor track when the state’s schools shut down because of the COVID-19 pandemic in mid-March.
But before that he won the Class 3A cross country state championship and the 800-, 1,600- and 3,200-meter events in the Division II  state meet.

Dart was named the Louisiana Gatorade Cross Country Runner of the Year. He signed with LSU and plans to run cross country and track and field.
Benton’s Jacob Marcinkus was third in 16:37.2.

Former Loyola star Taylor Dare, 25, took the women’s title in a record 16:43.8. Dare is currently a Fort Worth resident. Another Loyola product, Kaitlin Tanner, was second in 18:37.1.

The women’s field featured 152 runners who posted times.
As usual, dozens of others ran and walked the course decked in patriotic gear to celebrate the Fourth.

The event, which started in 1985, is the most popular event of its kind on the calendar. The title sponsor is the Spine Institute of Louisiana Foundation.
The race is run in memory of Ran Kiper, Jim Wilhite and Robin Fell, who were all avid local runners.

“They were all leaders, giving their time and resources to organizations and individuals in need,” according to the event’s website.