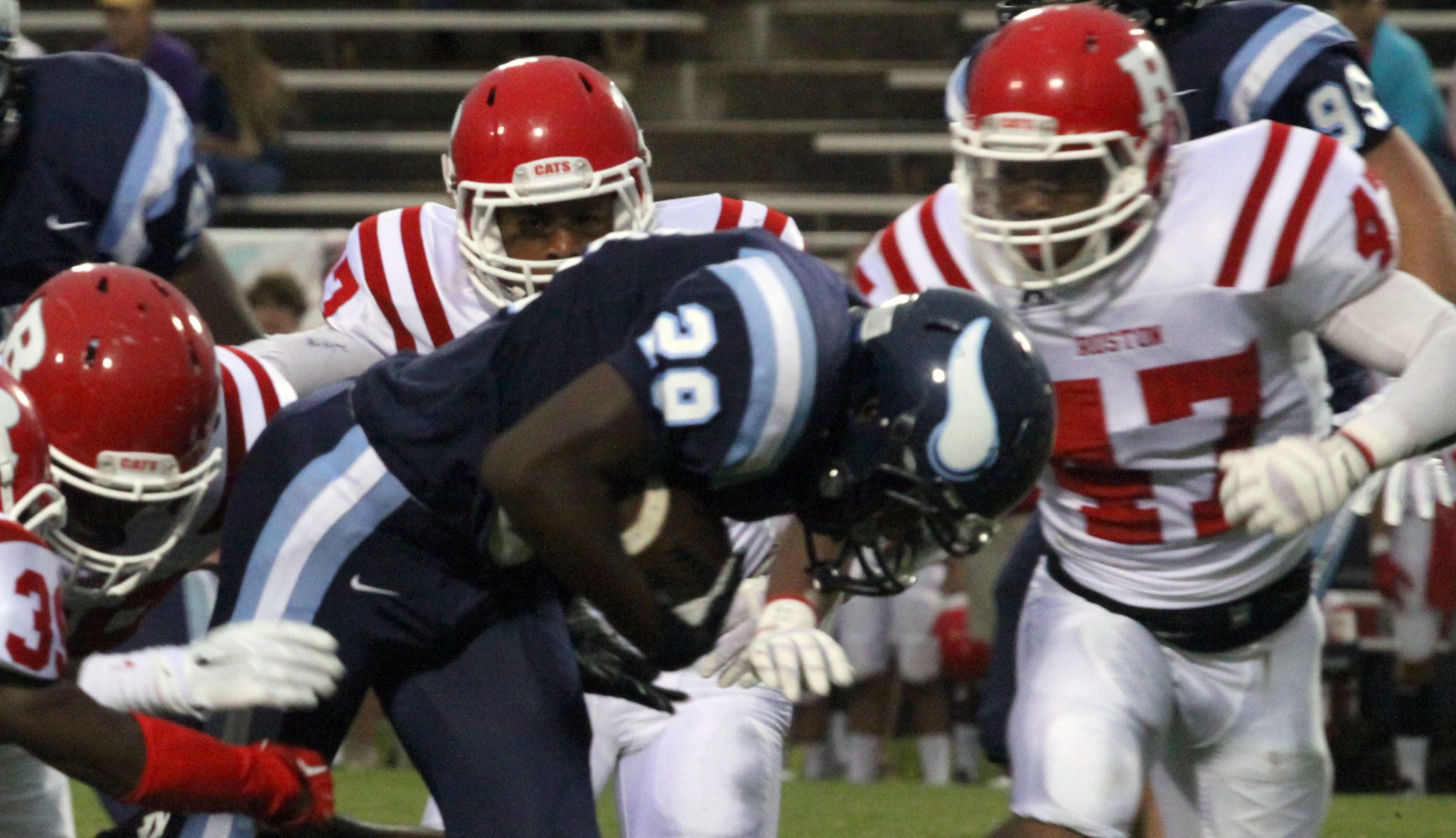 Despite a strong defensive performance, the Airline Vikings dropped a 12-7 decision to the Ruston Bearcats Friday night at Airline Stadium.

Both teams are 1-1. The game was played in chilly conditions with a strong wind blowing from the north. It started raining midway through the fourth quarter.

Airline’s Shuncee Thomas scored on 3-yard run with 2:45 left in the second quarter. Thomas set up the touchdown with a 28-yard reception on a swing pass from sophomore quarterback Noah Hildebrand.

Nathan Naranjo’s PAT made it 7-0 and the Vikings kept the lead until midway through the fourth quarter.

The Vikings defense kept Ruston without a first down in the first quarter. The Bearcats fared a little better in the second, but their best threat ended when the Vikings forced a fumble and recovered it at the 10 with 11 seconds left in the half.

Airline’s lead could’ve been much bigger at the half. Taking advantage of great field position, the Vikings moved inside the Ruston 30 three times but came away empty each time.

Airline moved to the Ruston 26 on a Thomas run and a pass to D’Juan Byrd. But the Vikings couldn’t pick up a first down on fourth-and-1.

Airline started another first-half drive at the Ruston 37. A nifty run by Hildebrand set the Vikings up with a first down at the 10. But on third-and-12, the Bearcats intercepted a pass at the 3.

In the third quarter, Airline had another chance to add to the lead. But Thomas was stopped short on a fourth-and-1 from the Ruston 27.

Ruston finally got its running game going well enough in the fourth quarter to put together a touchdown drive. The Bearcats scored on a run on third-and-goal from the 3. The extra-point attempt sailed wide left and Airline still led 7-6 with 8:07 left in the game.

But on the first play after the kickoff, Ruston’s Jekelvin Carter returned an interception 36 yards for a TD. The try for two failed and the Bearcats led 12-7 with 7:48 left.

Ruston picked off its fourth pass of the night on Airline’s next possession and returned it to the 3. The Bearcats had a touchdown nullified because of a penalty and eventually missed a field goal as the Vikings defense came through again.

Carter then picked off another pass and appeared headed for his second TD. But he fumbled celebrating before he crossed the goalline and Airline got the ball back.

The Vikings moved to midfield but Hildebrand was sacked on fourth-and-10.