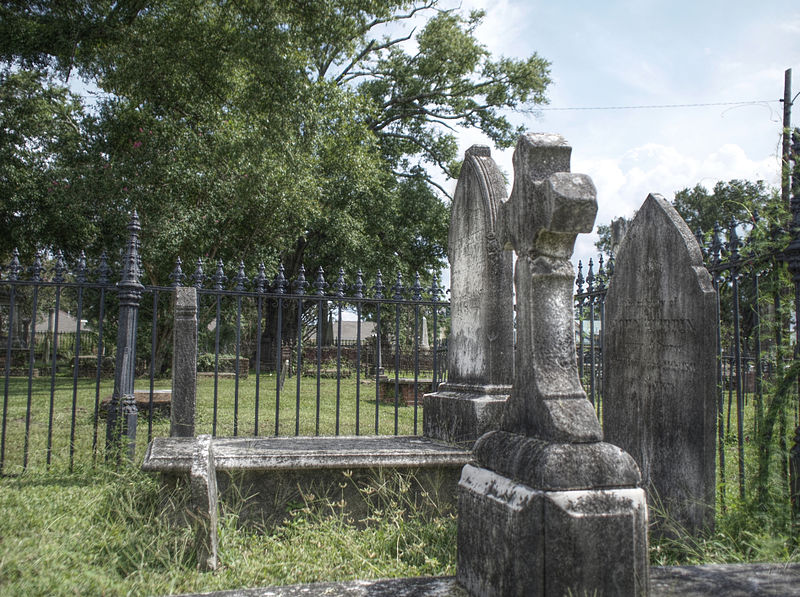 This week’s article about headstone inscriptions will interrupt the series about Billy the Kid and Pat Garrett.

Marisa Richardson on the History Center staff gathered the following gravestone symbol guide to be used in conjunction with a currently featured exhibit at the Bossier Parish Library Historical Center.

“Although not as widely publicized as the ‘cities of the dead’ in New Orleans and South Louisiana, the graveyards of North Louisiana are equally fascinating due to the wide range of tombstone symbols and imagery.”

“Gravestones reflect the culture of the people who produce and erect them. 19th and 20th century cemetery monuments in Bossier Parish contain symbols recognizable to the people of the past, but their meanings are no longer familiar.”

The shapes and symbols present on tombstones in Bossier Parish cemeteries are explained here:

ANCHOR. A Christian symbol representing hope. In other parts of the US, this symbol may be used for sailors.

BIBLE. The Christian Bible, either open or closed, is a common symbol on gravestones.

CHERUB. Praying child-angels and the head-and-wings cherubs may reflect the comforting hope that the deceased little one is now an angel.

CROSS. The cross may take many forms, depending on the denomination of the deceased, and may be shown along with a crown, a lamb, or other symbol. The cross-and-crown motif was popular in the 1910s.

DOVE. A symbol of purity. The flying dove stands for the ascent of the soul into heaven.

DRAPERY. A sign of mourning, recalling the coffin’s fabric pall.

HANDS. Pointing upward to heaven show that the soul is in heaven. Clasped hands symbolize farewells or a close bond, commonly on husband and wife graves.

IVY. Can stand for friendship, faithfulness, or everlasting life.

OBELISK. Reflects the Egyptian revival of the 19th century.

THISTLE. Stands for remembrance, can also denote a Scottish ancestry.

WHEAT. Common in agricultural areas, the deceased is “gathered into the Master’s barn” or that he/she is resting from work.

URN. A classical symbol of death, as urns in ancient times held the deceased’s ashes.

Visit the Bossier Parish Library Historical Center to view the exhibit about Bossier Parish gravestones and to learn more about the symbols that appear on them.