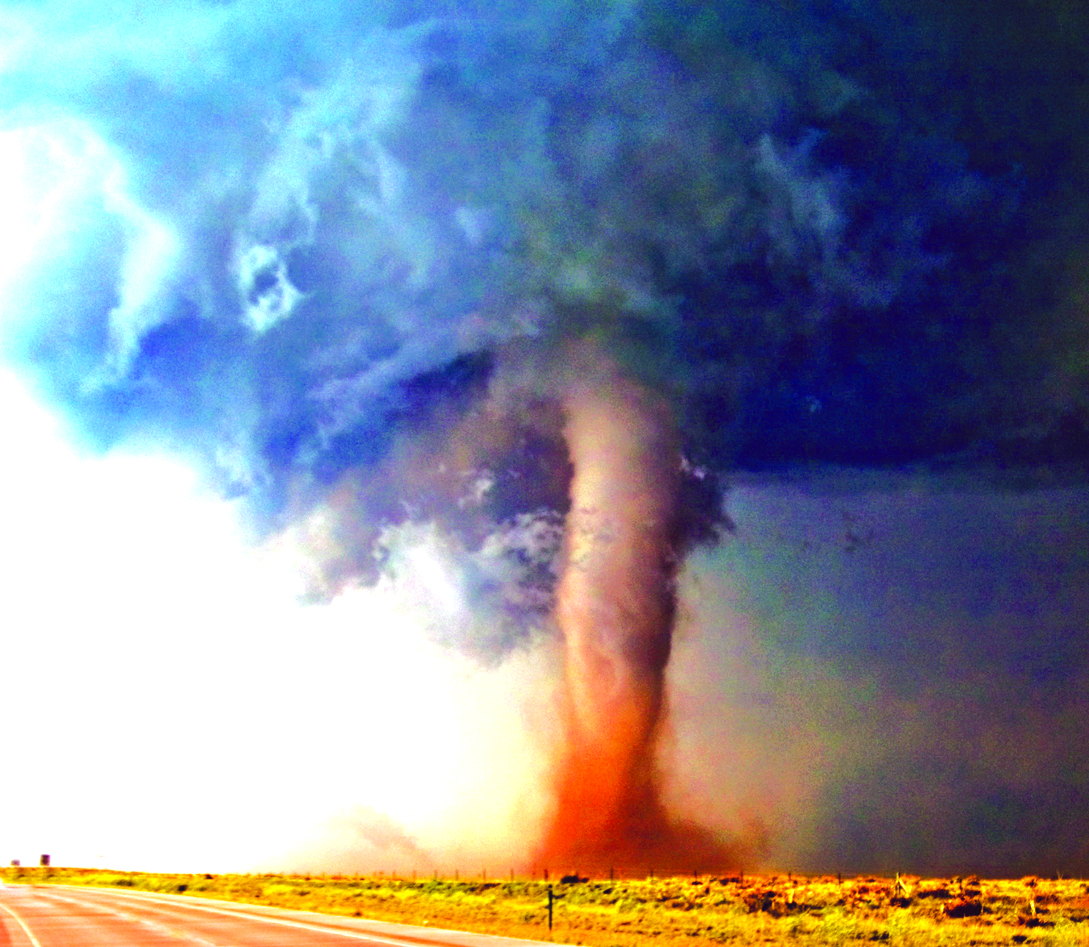 Ed.’s Note: Today concludes a three-part series looking at the rules and procedures involved in protecting school children and their possible implementation.

No one truly knows when Mother Nature’s wrath will strike again.

The events that unfolded in Moore, Okla. last year are a prime example. The devastating EF5 tornado – the strongest category measured – ripped through the Oklahoma City metro area in May 2013, leaving a path of destruction as much as 1.3 miles wide and 17 miles long. In its path were many homes, businesses, a hospital and several schools.

Could Bossier Parish Schools weather this kind of storm?

Chief Danny Dison, Director of Security for the Bossier Parish School System, said safety is the number one priority when it comes to protecting the 22,000 students, faculty and administrators on the 34 Bossier Parish campuses.

Procedures are in place, drills are conducted monthly and law enforcement agencies say they are ready for a worst case scenario, if one ever arises.

Dison said one of the things the Bossier School System utilizes is the Shreveport-based National Weather Service office as well as the local Office of Homeland Security and Emergency Preparedness (OHSEP).

“We have weather radios at every school that can give up to the minute weather updates,” he said. “We are going to know if a tornado is coming and if that storm system is moving toward our city or parish.”

Last year, the school system was advised by OHSEP that a tornado was headed straight toward the southern region of the parish. Dison said he and Superintendent D.C. Machen immediately dispatched to Elm Grove Elementary, contacting the school on the way to let school administrators know to proceed with the proper safety procedures.

Safety procedures for a tornado include moving all students to their designated safe places, typically a hallway or some place away from windows and large open rooms, and crouching down on the knees with the head down and hands over the back of the head, protecting the head, neck and face from flying or falling debris.

The tornado that threatened Elm Grove Elementary touched down right as school let out for the day. Dison said students who were already sitting on school buses were pulled off and moved back into the school, where they proceeded to their designated safe place.

If a tornado were to hit a school in Bossier Parish, Dison said “a lot of things have to happen.” Emergency personnel and law enforcement agencies move in and take control of the situation while the school system works closely with public information officers in order to get information out to the public.

“We will notify the parents through the media. This will be the place they will get information about an evacuation, if one is ordered, and where they can be reunited with their children,” Dison said. “We do not have an automated emergency notification system at this time so our plan is to work with public information officers at Bossier Schools, the City of Bossier City and the Sheriff’s Office.”

Bossier Sheriff Julian Whittington said gaining and maintaining access to schools in a storm’s aftermath is a top priority, along with getting medical assistance to victims in a swift manner.

“We have a road crew that we put on alert during bad weather. That way they can start removing trees and debris from the roads in order to get emergency vehicles in and out of school zones safely,” Whittington said. “Law enforcement is also responsible for directing traffic, crowd control and public safety in general around broken gas lines or downed electrical lines.”

Their next job, Whittington said, is to evacuate the campus, making sure children are transported safely away from the school. A comprehensive plan for an evacuation of schools is a cooperative effort with the local police and fire departments, 911 Call Center and the Caddo/Bossier Office of Emergency Preparedness, the Bossier Schools student handbook states. The plan is made to include all centers and schools located in Bossier Parish.

Dison said children are deployed on school buses and sent away from the school to a designated safe spot or well-known landmark area for children and parents to be reunited. Designated areas recognized by the school system include the Bossier Civic Center and the courthouse in Benton.

School buses, however, will not be deployed if weather conditions are deemed unsafe. Dan Pickett, Supervisor of Transportation for Bossier Schools, said bus drivers have a general understanding that, in case of a major weather disaster, they need to get to the safest location they can think of if their bus has already been deployed from a school.

Drivers are instructed to be aware of any or all areas along the route, such as other schools, concrete bridges or other substantial structures, that could be used as a tornado shelter.

“If an adequate shelter area cannot be reached without further endangering the students, a ditch or depression in the immediate vicinity will have to be used,” the transportation department handbook states. “Evacuate the students into the shelter area, being sure that the bus has been positioned far enough, and in a direction, away from the students so that the wind will not overturn the bus onto them. Students should be directed to lay face down hands covering their head. Avoid areas that are subject to flash flooding.”

Pickett said maintaining contact with the bus driver is critical if a situation like that ever happened. All school buses equipped with a two-way radio must keep the radio on at all times when the bus is in use and drivers are required to carry a personal cell phone.