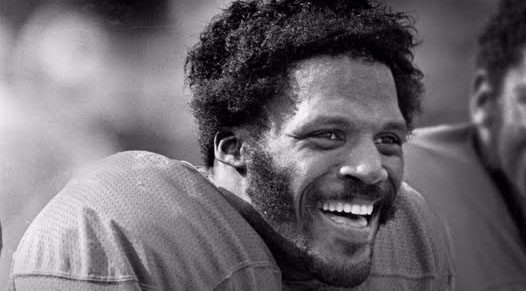 A screening of the film ‘Delaney,’ will be held Wednesday, Aug. 5, at Robinson Film Center.

‘Delaney’ is a part of ESPN’s 30-for-30 Short Film Series. It tells the remarkable story of the late, heroic two-sport star Joe Delaney. Delaney starred in football and track and field at Haughton High and Northwestern State. He went on to play for the Kansas City Chiefs. Delaney died on June 19, 1983, while attempting to rescue three children from drowning in a pond in Monroe.

Two-tiered ticket pricing for the event will feature a $25 ticket for a 7:30pm showing. The ticket price includes popcorn, soda and candy plus a 5-10 minute introduction to the film from the film’s producer/director Grant Curtis. 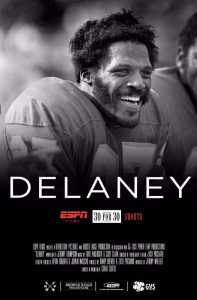 The event will also serve as a fundraiser for the “Joe Delaney Memorial Park” in Haughton. For years, the city of Haughton has hoped to honor Delaney with a park, but funding has been a problem. To assist with this endeavor, $100 tax-deductible VIP tickets are available for Wednesday’s second showing of “Delaney” at 8:30 p.m. In addition to admission to the film,

VIP ticket purchasers will be treated to a reception upstairs beginning at 7:30 p.m. in The Robinson Film Center’s second floor Multi-Purpose Space featuring heavy Hors d’oeuvres, a cash bar and an informal question and answer session with Mr. Curtis.

Robinson Film Center executive director, Alexandyr Kent gladly welcomes the event. “We are delighted to host the screening and we hope it attracts a full house. We are a place where people can learn more of the community’s best stories. We are honored to be included.”

Tax deductible, corporate sponsorships are available for the event at $1,000 and $500 levels. Those contributing at the corporate level will receive four or two tickets to the film respectively, their business logo in the program plus have their names etched in a commemorative brick on the park’s premises.

To purchase tickets online, visit the Louisiana Sports Hall of Fame website (LaSportsHall.com). Guests can also make donations to the Delaney Park fund on the website as well as sign up for corporate sponsorship.

For more information regarding the event, please contact Alexandyr Kent at The Robinson Film Center (318) 459-4122.

For more information regarding the fund-raising and corporate sponsorship, please contact Tim Fletcher (318) 469-5793.

After the film, several of Delaney’s teammates at Haughton High School and Northwestern State University will be on hand to share stories of Delaney’s exploits plus answer questions.

“Delaney” will debut Aug. 19 on the ESPN platform, with specific viewing opportunities to be announced later this summer by the sports network. The film will tell the remarkable and heroic story of Delaney, the Haughton native,
Northwestern State two-sport All-American and Kansas City Chiefs Pro Bowl running back who died in the attempt to rescue three drowning children.

Delaney was a two-time All-America running back in 1979-80 for the Demons, and joined Mark Duper, Victor Oatis and Mario Johnson on the Demons’ 1981 NCAA championship 4×100 meter relay team, earning All-America honors.

ESPN Films’ 30 for 30 Shorts series won television’s highest honor, the Emmy Award, for “Outstanding Short-Format Nonfiction Program” in 2014. The series highlights important people in the sports world and sports history from the point of view of feature filmmakers.

Wheeler is a writer for NFL Network who was an assistant to Curtis for six years. He will not be able to attend the screening events.

Delaney was the 1981 AFC Rookie of the Year for the Chiefs and played in the Pro Bowl. Pro Football Hall of Fame coach Marv Levy, who drafted Delaney in the second round of the 1981 draft and coached him in 1981-82, said Delaney was one of the five best players he coached in his 45-year career, including nearly 30 years in the NFL.

Delaney died trying to save three children from drowning in a pond at an
amusement park in Monroe. One survived. Delaney left behind his wife, Carolyn, and their three young daughters. His heroic act matched his selfless lifestyle and coupled with his astounding athletic career to make him an instant icon in north Louisiana far beyond the sports

His No. 44 Demon football jersey was retired at halftime of his final game at NSU. Since his death, no Kansas City player has worn his No. 37. He is immortalized in several ways at Northwestern, including plaques at Turpin Stadium and the Ledet Track Complex, and with the permanent football team captains receiving Joe Delaney Memorial Leadership Awards annually.

The Demons’ spring football game has been known as the Joe Delaney Bowl since 1989 and the Joe Delaney Distinguished Supporter Award goes each year to a leading backer of NSU Delaney was posthumously awarded the Presidential Citizen’s Medal from President Ronald Reagan, presented at his funeral by then Vice President George H.W. Bush to the Delaney family.