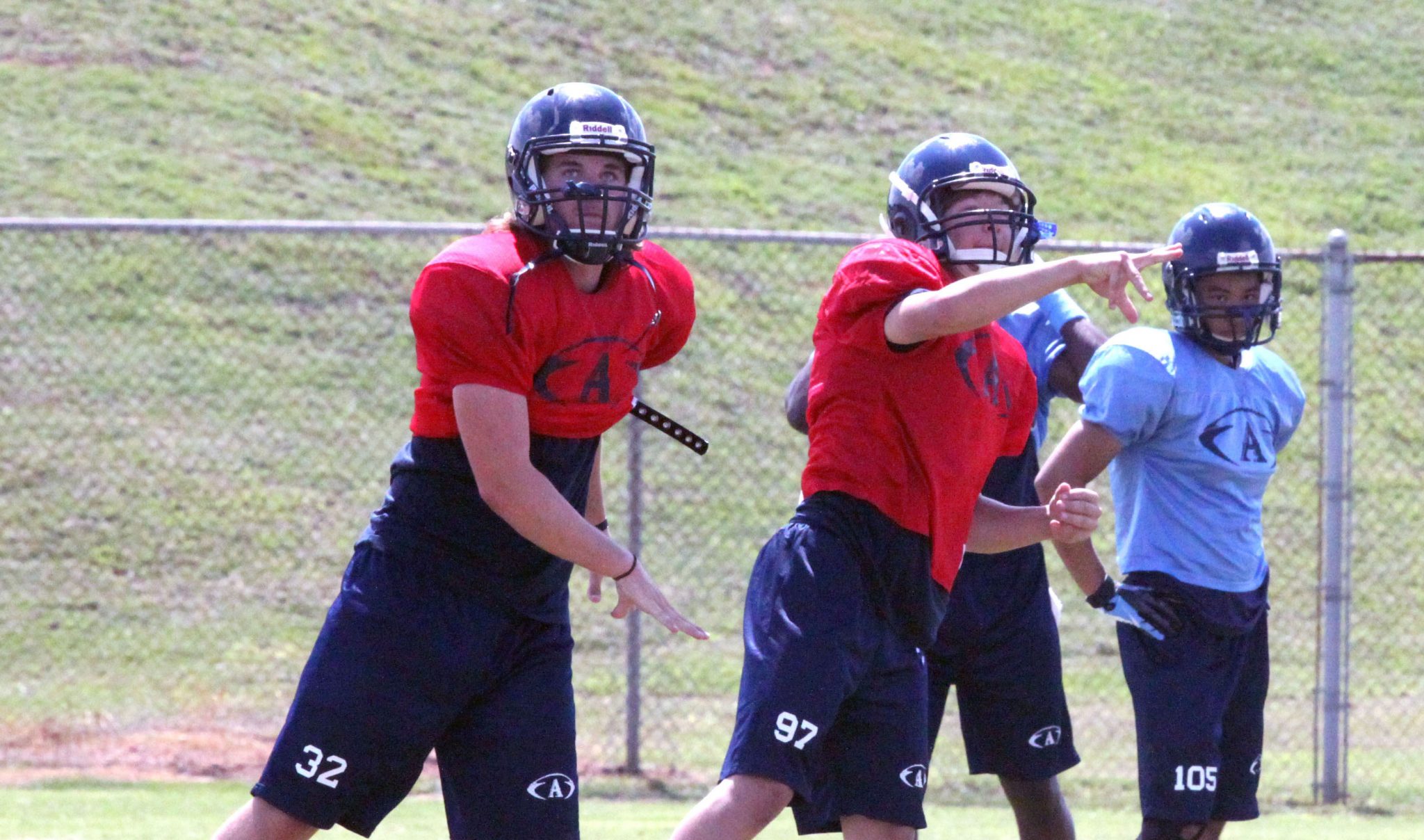 After almost two weeks of practice, parish high school football teams will finally get the chance to test themselves against an opponent in scrimmages Thursday and Friday.
Plain Dealing and Bossier are the only schools with home scrimmages. Haughton, Airline, Parkway and Benton are on the road.
Scrimmages usually consist of several series of plays involving the first and second teams. Some scrimmages conclude with a timed period.
Airline coach Bo Meeks traditionally treats the scrimmage week like he would a regular game week.
“We always try with this first scrimmage to get everybody acclimated to what a typical game week is going to be like as far as practice and preparation,” he said. “We’ll start utilizing our scout team some to get those guys used to their role and also getting the guys on the other side of the ball used to the tempo that goes along with that.
“It’s a good acclimation for us to get ready for the jamboree and the regular weeks of the season.”
Meeks said practice has gone well so far.
“We’ve been really pleased with the effort overall,” Meeks said. “We’ve been fortunate with the weather for the most part so that’s been really good. The guys have taken advantage of it and we feel like we’ve gotten better each day out. We’re just looking for an opportunity to against somebody else this week finally.”
Airline and Parkway are going up against Monroe-area teams that are traditionally strong. Like Airline, Ouachita lost in the first round of the playoffs last season.
“It’s a great scrimmage for us because we get to play against a team that’s a first-, second-round playoff team every year and has great coaches and great athletes,” Meeks said. “It’s a good measuring stick for us especially with the schedule that we have coming. Again, it’s a great opportunity to assess where we are, what we’ve got to do better, what we’re doing well as we go into the jamboree and Week 1.”
Benton is going against two teams — Green Oaks and Wossman — in its scrimmage Friday at Northwood Stadium.
Tigers coach Reynolds Moore said he’s eager to see how new quarterback Christian Smith responds in game-type situations.
“He’s kind of the one we haven’t seen,” Moore said “We’ve got some young guys that are going to play, but not nearly the pivotal role obviously as Christian.
“I’ve got a ton of confidence in him. I kind of want him to get his feet wet. I think he’s kind of ready for that to, to jump in there and take those snaps against somebody else because he hasn’t done it in a while, like since ninth-grade football. He played safety and receiver for us last year and in the spring we had an intra-squad scrimmage so he hasn’t competed against anybody else other than 7-on-7.”
Like Meeks, Moore is pleased with the way things have gone in practic so far.
“We’ve been very lucky health-wise, not getting anybody hurt,” he said. “We’ve had some very aggressive practices, too, with our ones-on-ones playing against each other trying to get the best competition we could.”