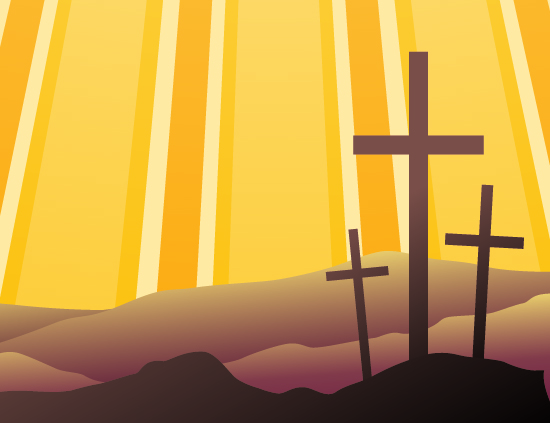 Religious cleansing, just like ethnic cleansing, is pure evil. But, that’s what the secularists are trying to do in America — kick God out of the public square.

The most recent case in point is Town of Greece v. Galloway. Atheists, always looking for a reason to be offended, have sued the town of Greece in upstate New York for, you guessed it, opening its town meetings with prayer. Never mind that almost every other legislative body in America has opened with prayer from day one, including the U.S. Congress.

The United States Supreme Court, which, by the way, opens every session with prayer, recently heard oral arguments on whether local governing bodies can also open every session with prayer. For the umpteenth time, the usual suspects (liberals, secularists, atheists) are trying to make us more like secular Western Europe and less like the America our founders had in mind.

The answer as to whether local governing bodies can open every session with prayer should be a resounding “yes” and, unless the high court goes off the rails like it did with the Obamacare and same-sex marriage rulings, so shall it remain. The 2nd Circuit Court of Appeals DID go off the rails and that’s why the case is going to be heard by the supremes. Despite overwhelming case precedent to the contrary, the appeals judges inexplicably ruled in favor of the atheists.

Many objective legal scholars say they think the Supreme Court will overturn the lower court’s ruling. In light of our government’s well-documented prayer-based founding, as well as manifold rulings in past cases favoring prayer in the public square, you would think even the liberal justices would find it difficult, if not impossible, to uphold the 2nd Court. In order to rule in favor of the secularists, the high court will have to ignore past cases like Marsh v. Chambers which held that “legislative prayers” are “part of the fabric of our society.”

Even though many Americans are tired of the attacks on religion and figure this issue was settled long ago, yet another battle must be fought. Perhaps, this time the high court will completely clear the air on public prayer and put the matter to rest. After the ruling, assuming it will go against the atheists, may the Supreme Court never hear another one of these public prayer cases.

Liberty Counsel, one of the fastest growing civil rights firms in the country, filed an amicus brief on behalf of Greece, New York, and has recommended that the nine justices take advantage of this opportunity to nail the issue of public prayer down, once and for all. Liberty Counsel wants the so-called “Lemon” test overturned and is calling for the supremes to adopt a new test which provides that if a religious observance comports with history and does not coerce participation in a religious activity, then it would be considered a permissible acknowledgement of religion.

The “Lemon” test, which the Supreme Court invented, has caused confusion for decades and is not consistent with the First Amendment. The so-called “Lemon” test allows people who are merely offended to overturn years of religious tradition. In Lemon v. Kurtzman, the high court said religious activity must be diluted with secular influences. The “Lemon” test has wreaked havoc on religious liberty. The court’s continuing reliance on the “Lemon” test has resulted in the Establishment Clause of the First Amendment, designed to prevent federal establishment of religion, morphing into a weapon aimed at eliminating all public religious expression.

The First Amendment Establishment Clause, a mere ten words, is the primary tool the secularists use and abuse to accomplish religious cleansing. Yet, it remains abundantly clear in both its scope and meaning. The Establishment Clause says this: “Congress shall make no law respecting the establishment of religion…” That’s it!

So, let’s break those ten words down. What do you suppose the framers of the U.S. Constitution, a document specifically designed to limit the powers of the federal government, intended by the use of the word “Congress”? Did they mean state government, municipal government, your local school board or a third-grade teacher? Of course not. They meant exactly what they said: Congress, as in the United States Congress.

Now, what did they mean by “…shall make no law respecting an establishment of religion”? They meant the First Amendment’s Establishment Clause was intended to restrict Congress from affirmatively “establishing,” through federal legislation, a national Christian denomination. In other words, the founders did not want a “state” church. They had to live with a state church in England and they didn’t like it. As Thomas Jefferson put it, in a letter to a fellow signer of the Declaration of Independence, Ben Rush, “The clause of the Constitution” covering “freedom of religion” was intended to necessarily preclude “an establishment of a particular form of Christianity through the United States.”

Dr. Robert Jeffress, pastor of the 11,000-member First Baptist Church in Dallas, has summed up quite nicely what has gone wrong with America’s church-state jurisprudence. “Activist judges have replaced the word ‘Congress’ with ‘government,’ ‘establishment’ with ‘endorsement,’ and ‘religion’ with ‘Christianity,’” he writes, “so that they can eradicate any Christian expression from the public square at the local, state, or national level.”

America has strayed far, far away from the Judeo-Christian principles on which she was founded. Now, the Supreme Court has a chance to right past wrongs and return her to her historical First Amendment moorings. “In God We Trust” can be even more than our national motto. It can be, once and forevermore, our national way of life.