Bossier City Police are searching for a suspect who allegedly used a knife to hold up the FSNB bank branch located inside the Walmart on Airline Drive.

The robbery happened just before 3 p.m. Tuesday when, according to witnesses, a man walked up to a teller, produced a knife and demanded money. The man then walked out of the Walmart and ran away through the parking lot. It’s believed he then fled the scene in a small, dark colored SUV. There were no reported injuries.

The suspect is described as a black male with an average build. He was wearing eye glasses, a royal blue shirt, blue jeans, white tennis shoes and dark colored do-rag on his head. Security cameras were able to capture pictures of him: 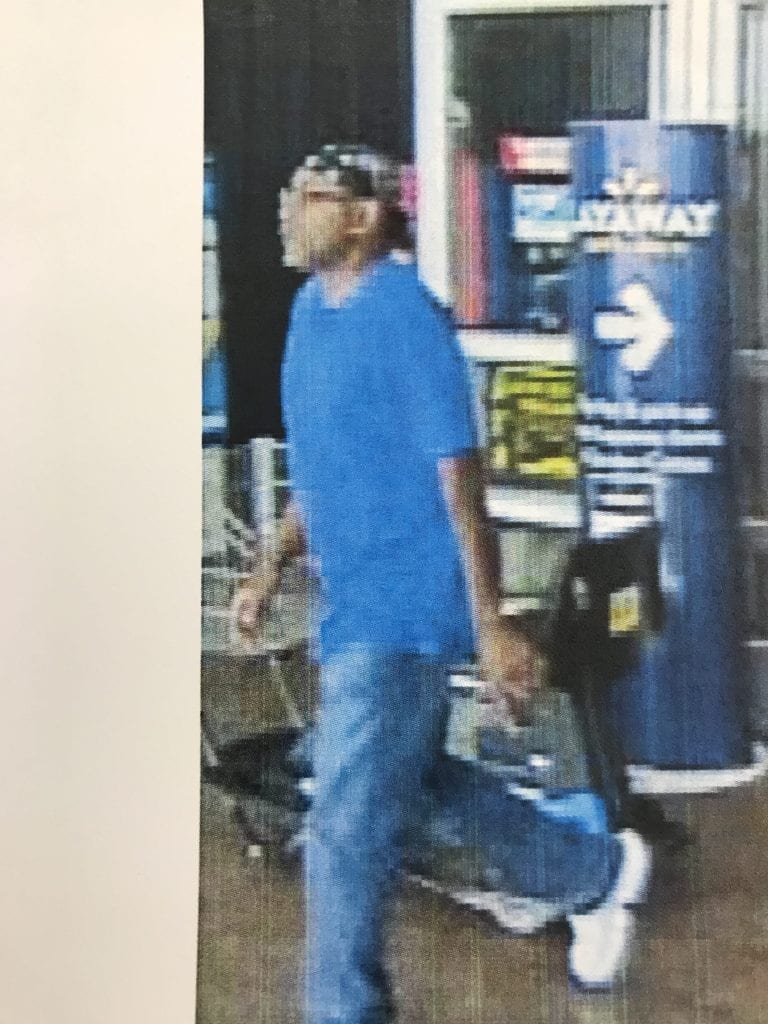 Anyone with information about this robbery is asked to call Bossier Crime Stoppers at (318) 424-4100.