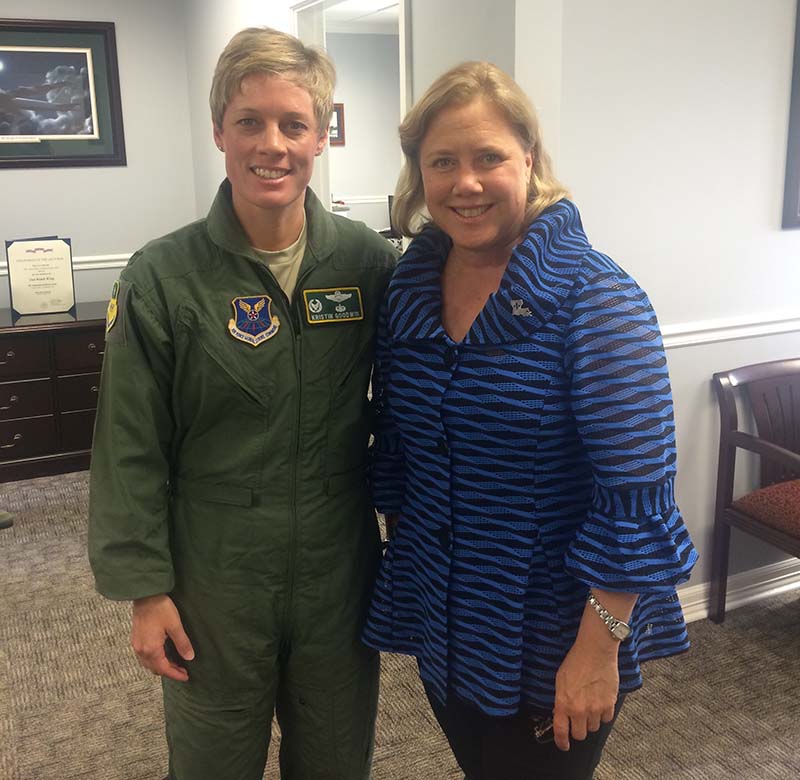 “It was a great privilege to meet with Col. Goodwin yesterday as she joins the Airmen and the families of Barksdale Air Force Base and begins her important role of leading the 2nd Bomb Wing. I’m proud that Barksdale is home to the first woman commander of a bomb wing, and I reiterated to Col. Goodwin my support for the Global Strike Command to receive its Fourth Star,” Sen. Landrieu said. “Barksdale has played a critical role to provide our military the broad and deep reach it needs to protect our nation and provide stability for our allies across the world, and I’m committed supporting Col. Goodwin, our airmen, their families and the Shreveport-Bossier community to continue fulfilling that vital mission.”

Last month, Sen. Landrieu met with top military officials from the Air Force and Department of Defense (DOD) and urged them to complete the process of elevating the Global Strike Command (GSC) house at Barksdale Air Force Base (AFB) to a fourth star general and recommend the individual who will assume command.

The meeting follows the Senator adding a provision to the bill that funds the Department of Defense for FY15 that will require it develop a detailed plan within 90 days of the bill becoming law on how it will modernize the nation’s five nuclear weapons storage areas, including the one at Barksdale Air Force Base that is currently not utilized. Barksdale, home to the Global Strike Command, is No. 2 on the Air Force’s priority list of nuclear weapons storage areas set to receive an upgrade so Barksdale can safely store the nation’s nuclear weapons and load the weapons onto B-52s. The B-52s stationed at Barksdale AFB currently fly to other installations to load nuclear weapons onboard.