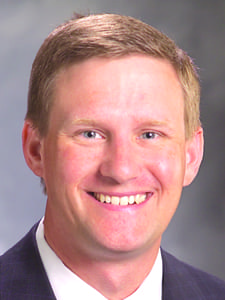 State Senator Barrow Peacock (R-Bossier City) was recently named by the Louisiana State Troopers Association as its Legislator of the Year for 2017 at its annual convention.

This is the second consecutive year that Peacock, representing Louisiana’s 37th Senatorial District, was recognized for his efforts on behalf of the troopers.

In the recently adjourned legislative session, Peacock authored legislation that provided for the survivors of troopers killed in the line of duty. Specifically, his legislation increased the retirement payments to the surviving spouses of those officers who are killed by “intentional act of violence” while in the performance of their duties.

Peacock, who serves as chairman of the Senate Retirement Committee, recognizing the high-risk nature of their duties as troopers, wished to ensure that the survivors of those troopers killed by an intentional act of violence be provided every benefit available to them and their families.

“Without the input and oversight of Senator Peacock, Senate Bill 7 would have found a much more difficult route to passage. The LSTA and the Louisiana State Police are very grateful to the senator for his efforts on our behalf,” LSTA President Jay O’Quinn said.

Peacock was also recognized in 2016 for his efforts to obtain a cost of living adjustment (COLA) to benefit Louisiana State Police retirees.

The senator was honored at the annual LSTA convention that was held in New Orleans at the end of July of this year.