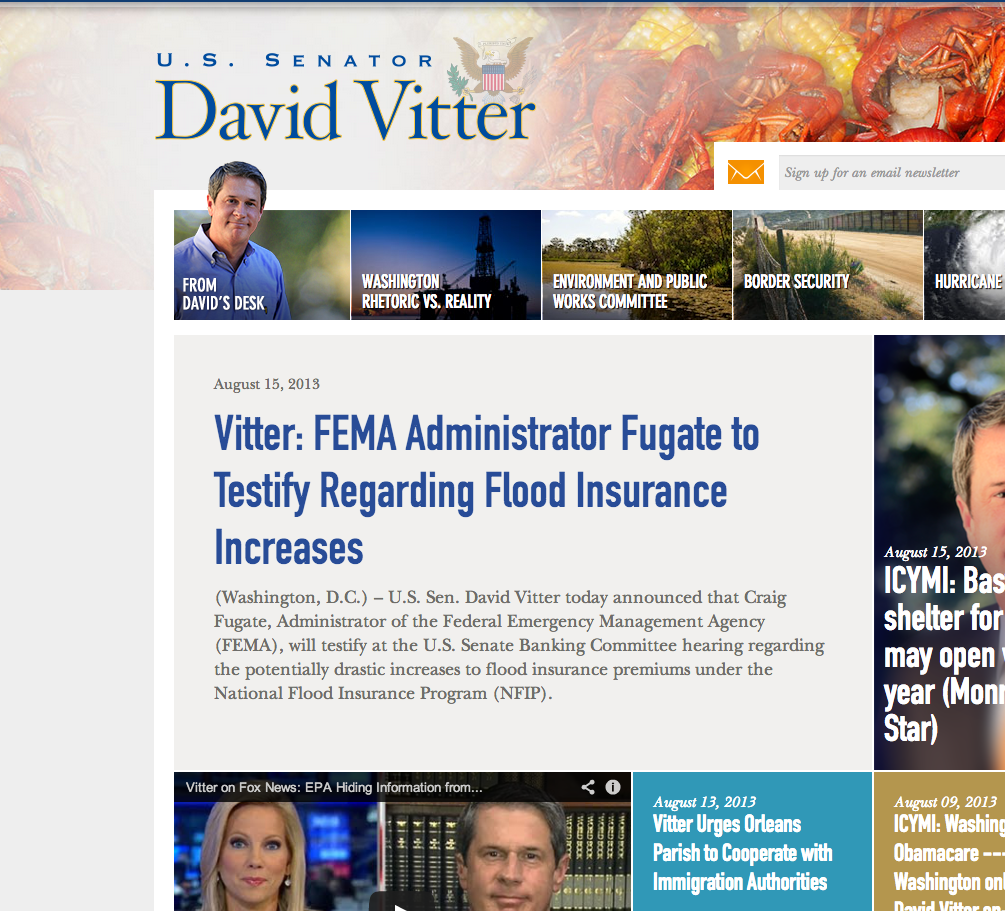 Community has questions about Obamacare and more in morning meeting

His agenda was written by the people, who had everything from healthcare reform and Social Security to immigration and gun control on their minds. The majority of questions, however, related to the Affordable Care Act, also known as Obamacare, and the public’s concern over how healthcare is radically changing.

“This is absolutely vital,” he said. “I always come out of these meetings with several specific ideas that I turn into proposed legislation. Being able to hear from folks about what’s on their mind is crucial.”

Vitter said healthcare reform has been a big topic of discussion all over the state.

“I was a huge opponent to Obamacare at the beginning and still am,” Vitter said. “I think its a huge train wreck and we need to do a whole lot better.”

Vitter was quick to tell the large crowd at Bossier Parish Community College that his first choice is to repeal Obamacare, but it’s just not that simple.

“Obamacare needs to be fixed,” he said. “It doesn’t need to be fixed for Washington. We need to fix it for the American people. I think we should postpone everything and not allow [Obama] to pick and choose what he wants.”

Vitter took questions from the group for just over an hour, many of which stirred applause and praise. However, there were some tense moments over sensitive subjects – Social Security, Medicare and gun control – that Vitter suppressed with a call to action.

“We shouldn’t have a goal of shutting down the government,” he said, agreeing that there needs to be a change in Senate leadership. “We need to change who is sent to the federal government and that starts with local and state. Elections have consequences and we need to make sure the next election doesn’t continue where we’re headed. ”

Vitter has been traveling all over Louisiana doing a series of town hall meetings, something he vowed to do while running for office. His trip to Bossier City is one of more than 250 he’s made across Louisiana since he was first elected.

“This is what brings us together and unites us as a country,” he added.

Vitter said he will take these latest public questions and concerns back to the senate session, which happens right after Labor Day next month. His focus through the end of the year, along with things mentioned at these town hall meetings, will also be working with the senate to resolve the federal budget situation.