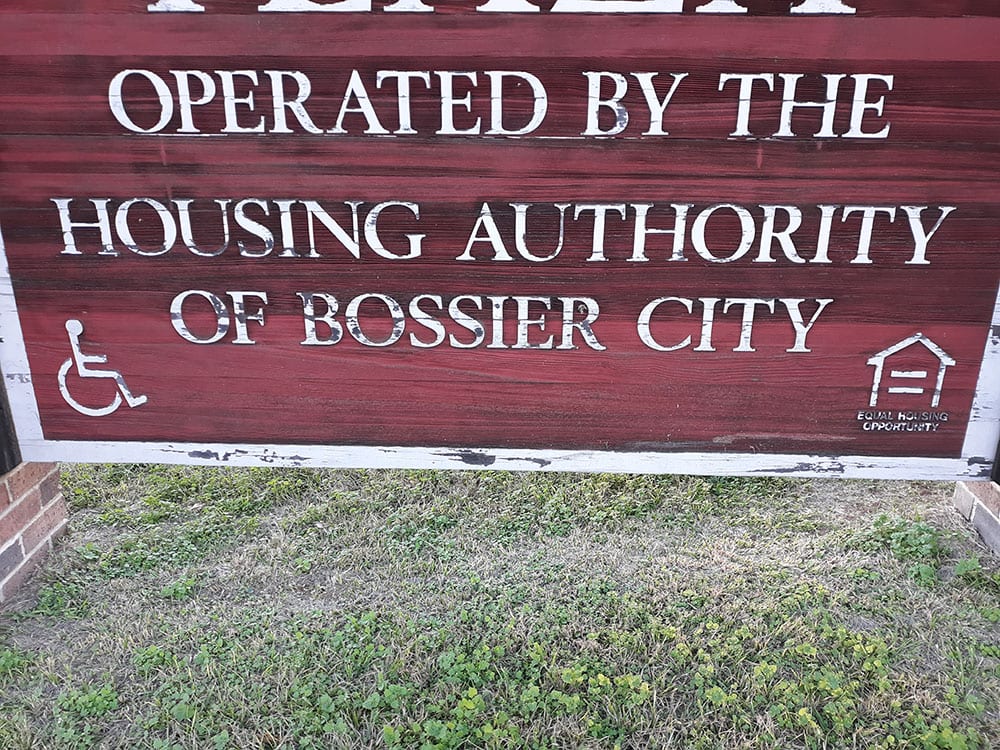 One local senior is saying that her neighbors could be unfairly evicted from their homes.

A resident on Grace Lane in Bossier City says that the Housing Authority of Bossier City (HABC) sent out a letter to residents on the street in early October that rent payment changes were coming in the form of online payment, and troubles setting it up meant some residents received an eviction notice.

The resident who reached out to the Press-Tribune, and asked to remain anonymous for fear of reprisal, said that Grace Lane requires residents be above the age of 60, and most seniors in that area have probably never touched a computer. Originally, tenants were able to drop off rent checks at a dropbox near where they lived.

The resident said when she received the letter it panicked her and her neighbors.

“I didn’t know what to do. I called my daughters to help me. I’m very lucky that they are close by. Some of my neighbors don’t have anyone to call for help. I just don’t understand why they changed the way we paid our rent,” she said.

She adds that troubles increased when an error on the letter provided to all the residents meant most banks were unable to set up online payments.

Not knowing what to do, one of the seniors living on Grace Lane went to the local fire station for help.

“An EMS officer helped her, thank goodness,” the resident said. “She brought back his name and number for us so we could get help. He called the HABC to see if he could set up and help all the seniors on Grace Lane. The HABC advised him that he could not use a space in the community center on the grounds to help.”

She added that the Bossier Council on Aging let him use the space in their building to help us set up Click Pay.

“That was my very first infraction. I have never, ever been late on my rent,” the resident said. “I am 85-years-old, I have lived here over four years. I am also a breast cancer survivor and a veteran’s widow. It broke my spirt receiving the eviction notice.”

She added, “I am a good tenant. My house is clean, I am a good neighbor and I have never been late on rent before. I should have gotten a warning letter or a call first.”

After receiving her eviction notice, the resident immediately called her daughters who were able to figure out what happened.

“I’m glad we were able to fix it so quickly. But it really made me think, ‘What if I didn’t have my children here to help me, or the nice young EMS man?’ No one was helping me, or my neighbors,” said the anonymous resident. “I would be out on the street.”

She said that now she just wants to know why payment methods were changed.

“The old way was just fine. And, I want to know why I received an eviction notice instead of a warning letter stating that I was late first,” she added.

The Press-Tribune contacted HABC for comment, but no calls were returned prior to the time of publication. We will update this story if any comments are received.