Jill Sessions has announced her candidacy for the Bossier Parish Clerk of Court.

Sessions, the Bossier Parish Chief Deputy Clerk of Court, has served the people of 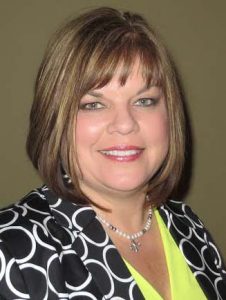 Earlier this year, Bossier Parish Clerk of Court Cindy Johnston, a nearly 40-year veteran of the Clerk’s office, announced her retirement at the end of her term in June 2016.  Johnson has served in the Clerk’s office since 1976 under former Clerks of Court Wilna Mabry and Joan Carraway before winning election to the office in 2007.

Mrs. Sessions and her husband experienced the loss of three children at birth before their son, Wil was born on July 17, 1996, and on March12, 1998 a daughter, Olivia was born. It was determined that Mrs. Sessions would be a stay at home Mom, and for the next ten years she was able to spend time with their children.

“Mrs. Sessions is proud of her service with the Bossier Parish Clerk’s office and looks forward to continuing the excellent personal service for the citizens of Bossier Parish.”