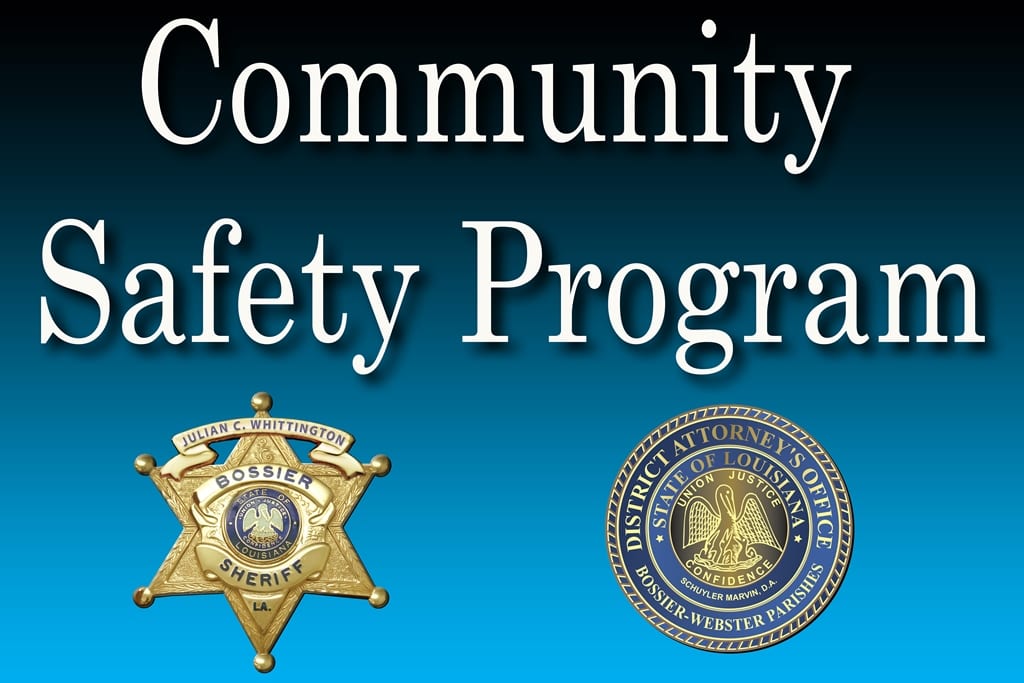 Local authorities are taking crime fighting to the future with new technology that aims to help reduce the number of people with no auto insurance.

“We are taking a proactive law enforcement approach with the use of these LPRs, and the results are promising as they help with our primary function – public safety, while also helping taxpayers save some of their hard-earned money,” said Sheriff Whittington.

Here’s how it works.  LPRs have been installed on public roadways around Bossier Parish.  When a vehicle passes by that does not have the required liability coverage, a “notice of violation” will be mailed to the vehicle’s registered owner.  If the owner actually does have the required insurance, all he or she needs to do is simply provide proof, and the citation is dismissed.  Otherwise, the owner will need to make payment on the citation.

“This process is similar to when a deputy makes a traffic stop with a vehicle,” said Sheriff Whittington.  “When the driver cannot produce proof of insurance, a citation can be issued.  One difference, though, is that the process for with the LPR is less invasive since there is not an actual traffic stop.

“Remember, if you operate vehicle on a public roadway, you are required to have insurance,” Sheriff Whittington reiterated.

Uninsured/Underinsured Motorist coverage is a part of your vehicle insurance premium that you are required to pay in case your vehicle is hit by a driver who has no insurance or too little insurance to pay for the full amount of your injuries or property damage.

“The sad reality is that Louisiana has one of the highest insurance rates in the nation, and part of the reason for that is because one out of every five motorists in our state is driving without insurance,” Sheriff Whittington noted.

“Take a look at your own insurance policy to see just how much you have to pay because other drivers in Louisiana don’t carry liability insurance,” said Sheriff Whittington.  “That can be hundreds of dollars out of your pockets for no fault of your own.

“I pay $600 per year just for uninsured motorist coverage because other drivers simply don’t want to comply with the law,” the Sheriff continued.  “And to make matters worse, if I am involved in a crash and I have to file an auto insurance claim on an accident that wasn’t even my fault, my insurance rates increase, through no fault of my own.”

The LPRs give law enforcement officers another tool to cite drivers who don’t carry insurance to then encourage them to get proper coverage.  “Remember, driving on public roadways is a privilege, not a right.

“But I want to make one thing clear about what these LPRs are not,” the Sheriff emphasized.  “THEY ARE NOT RED LIGHT CAMERAS where the driver has to be identified and then has to go and argue in court over whether the light changed too quickly.  Either you have auto insurance or you don’t; there is no ambiguity here.”

Additionally, the LPRs will help law enforcement with crime prevention and reduction measures.

“Let’s say our deputies are searching for a suspect and we know the type of vehicle and license plate,” Sheriff Whittington continued.  “The LPR provides us extra sets of eyes around the parish in order to locate and bring the suspect into custody or at least know the route of travel.”

While in the testing phase in Bossier Parish, one LPR enabled deputies to solve at least two crimes in the past year.

A Texas couple had gone on a crime spree of stealing copper from cell phone tower sites from Oklahoma to Louisiana in early 2016.  In Bossier Parish alone, they stole some 1,000 pounds of copper worth about $40,000 from four different cell phone tower sites.  Bossier Parish detectives were working with law enforcement agencies in five counties in Oklahoma and other jurisdictions in northwest Louisiana to catch these thieves, but the couple continued to elude authorities.  But that all came to end after a lengthy four-month investigation because of a single license plate reader here in Bossier Parish that gave detectives the break they needed.  The Dallas couple was arrested and charged with seven counts of simple burglary…all with the aid of the LPR.

Also last summer, our detectives arrested a man wanted for robbing a half-dozen Subway restaurants.  His crime spree went over five state lines, but it ended abruptly when Bossier Sheriff’s Office deputies and detectives got on the job…with the help of the license plate reader.

“The ultimate message is rather simple,” said Sheriff Whittington.  “If you operate a vehicle on Louisiana public roadways, you are required to have auto insurance.  It’s a down-right shame that one-fifth of Louisiana drivers think it’s okay to break the law and not carry insurance on their vehicle, and their non-compliance causes the rest of us to pay higher insurance premiums.  We want to hold those motorists accountable.”