Thanksgiving in America – A Land of Great Hope from Humble Beginnings

The joy of Thanksgiving is a wonderful time of year we as Americans celebrate following that first harvest feast of thanks by the Pilgrims nearly 400 years ago.  It’s a time when we gather with family and friends to thank God for our many blessings.  In America, we have much to be thankful for because we live in freedom in the greatest nation on earth, the United States of America.

On Sept. 6, 1620, 102 passengers set sail from England onboard the Mayflower to seek religious liberty and freedom.  In just more than two months’ time, they arrived in Massachusetts where they would form the first permanent settlement of Europeans in New England.

But why would this small group of people risk the dangerous voyage over rough seas?  Was it worth it?  Is religious liberty really worth that much?

Death abounded for the Pilgrims.  More than half of the English settlers died during the first winter because of poor nutrition and housing in the harsh weather.   How could the God they serve allow such tragedy to occur while they sought religious liberty?  How could they retain their faith as they saw such misery during their first few months in the new land that was to bring great hope?

A desperate situation for the Pilgrims gave way to joy when the Native Americans taught the new settlers how to plant corn, fish and hunt.  In the fall of 1621, less than a year of arriving in the new land, the Pilgrims shared a harvest with the Indians, and that meal is now considered the basis for the Thanksgiving holiday. 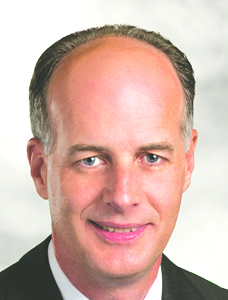 Just like the Pilgrims may have asked that first winter, there are those today who are crying out, “Where is God?”  Search no further than the words spoken by King David in the 23rd Psalm when he proclaims, “The Lord is my Shepherd, I shall not want.”  If we would simply acknowledge the goodness of God like the Pilgrims did, our attitude can become one of thankfulness and blessings.

We are blessed to live in the greatest nation on earth.  America is a land of abundance, prosperity and opportunity.  We must never take for granted the things that make our country great.  We must give thanks, be grateful and pray…for it’s hard to stumble when you’re on your knees.

Our nation’s icons proclaim God’s greatness. The Liberty Bell in Philadelphia has an inscription from Leviticus 25:10 “Proclaim LIBERTY throughout all the land unto all the inhabitants thereof.”   Engraved on the top of the Washington Monument towering 555 feet above the ground are the words, “Praise be to God.”  The declaration “In God We Trust” is prominently displayed in both the United States House and Senate Chambers.

The phrase “In God We Trust” was added on our coins in 1863 and then added to the dollar bill in 1957.  Our Pledge of Allegiance proudly proclaims, “One nation, under God.”  And the final line of the the 4th verse of the “Star-Spangled Banner” says, “And this be our motto, In God is our Trust.”

Was it really worth it for the Pilgrims to risk everything in order to have religious freedom and liberty?  Is America today worth fighting for to preserve religious liberty?  I resoundingly say “Yes!”

As we gather around the table this Thanksgiving, let’s take just a bit more time to count our blessings and think about the humble beginnings that small group of settlers had during their first Thanksgiving feast.  Consider how they endured through the tough times and realized their hope was in the God they served.

Choose this Thanksgiving how you might be a blessing to others less fortunate.   With the support of people who have such compassionate hearts, we here at the Bossier Sheriff’s Office are humbled to help others by the giving of food to our neighbors through Operation Blessing or the presentation of toys to boys and girls less fortunate at Christmas with Operation Santa Claus.  Or we give the gift of encouragement through a phone call to our shut-ins.

And while we enjoy the freedom to fellowship with our family and friends, take time to be grateful for the men and women who serve in the Armed Forces, many who are on guard around the world during the holidays away from their families, so that we may celebrate in peace.

Remember those who are working around the clock while we break bread this Thanksgiving…the men and women of law enforcement, firefighters and emergency medical personnel who protect and serve our communities.

Most importantly, remember to give thanks to God, for in 1 Thessalonians 5:18, we read, “In everything give thanks: for this is the will of God in Christ Jesus concerning you.”

As we celebrate with our families this year, may we remember the gratefulness to God by the Pilgrims and how we have the privilege of celebrating Thanksgiving in America – A Land of Great Hope from Humble Beginnings.