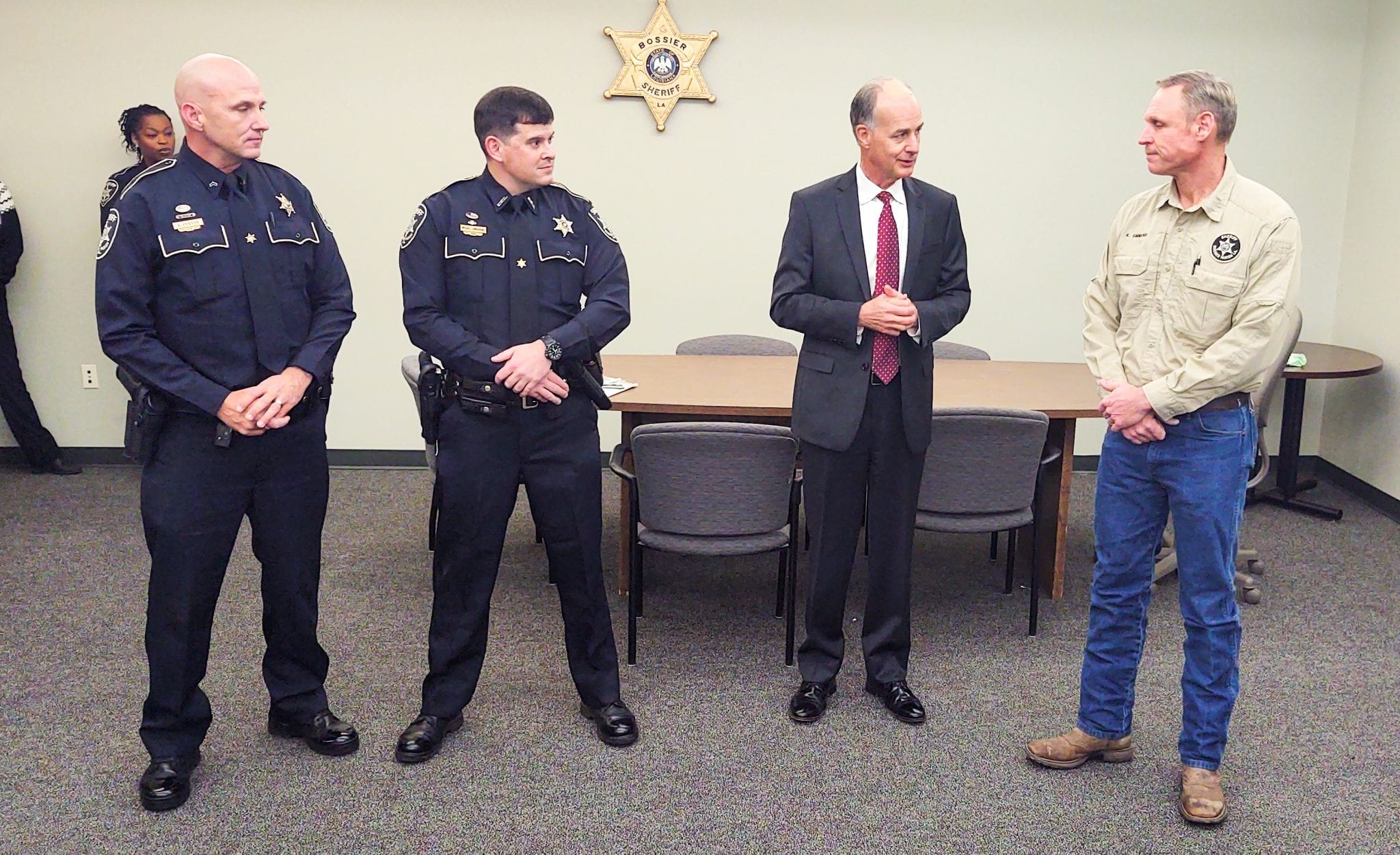 Deputy Mike Lombardino and Corporal Anthony Pesson were promoted to sergeants. Kevin Simmons was promoted to Director of Maintenance for the Sheriff’s Office.

“You guys have earned these promotions because of your work ethics,” said Sheriff Whittington. “Now comes the fun part, leading…I’m sure you will do great jobs because you have proved yourselves and consistently do good jobs.”

Sgt. Lombardino is a 12-year veteran with an extensive resume. Mike began his career working in Corrections, and he then transferred to the Criminal Division where he worked a couple of years as a patrol deputy.   He was promoted to detective, where he worked on the White-Collar Task Force and as a Crime Scene Investigator. He also serves as the only Bomb Technician for the Bossier Sheriff’s Office and is attached to the Bossier City Fire Department. For 10 years, Mike has been a member of BSO’s Honor Guard serving in special ceremonies. Mike also achieved several distinguished honors in his career. He was the honor graduate in his academy class and Corrections Performer of the Year in 2011.  In 2017, Sheriff Whittington nominated Mike to ride with the Navy’s Blue Angels in the Defenders of Liberty Air Show at Barksdale Air Force Base.  Attending today’s ceremony was Mike’s parents who sent us this picture of him when he was a little boy dressed as a lawman, six-shooter and all. Mike will be a patrol supervisor.

Sgt. Anthony (Tony) Pesson is a 7-year veteran with the sheriff’s office. He also began his career in Corrections. After a few years of distinguishing himself as a top performer, he transferred to patrol. Nearly two years ago he was promoted to corporal and became a field training officer. Tony also served for more than 20 years in the United States Air Force.  He also will be a patrol shift supervisor.