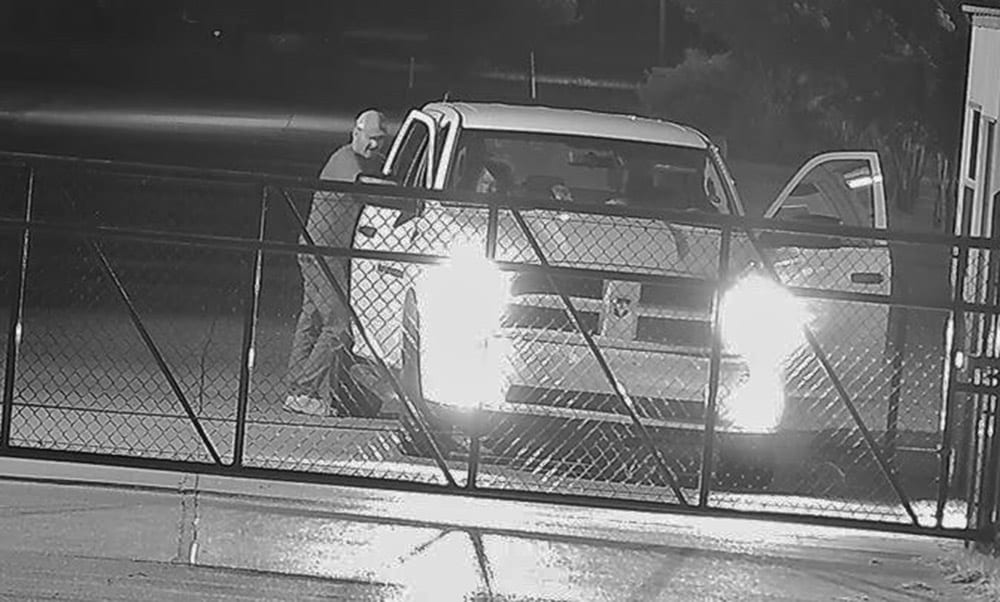 Remember the man and woman who were caught on surveillance camera breaking into an ice machine on Airline Drive about a week ago?  Well, it appears that wasn’t their only heist that evening.

Surveillance video footage from the Willow Chute Storage, located at the 5400 block of Airline Drive, shows three people breaking into the self-pay kiosk and stealing cash just after midnight early Sunday morning on Aug. 4.  This was just minutes after their heist at the Polarmatic Fresh Ice machine just up the road on Airline.

Bossier Sheriff’s Office detectives say the two ice machine bandits are the same ones seen on camera at the storage unit crime, in addition to an additional female at the scene.  The trio was also apparently with the same white four-door Dodge Ram 1500 used at both crimes.

And if those two crimes weren’t enough, Benton Police Department believes the male suspect is also caught on surveillance camera stealing money at the Benton Laundromat Self-Service at the 6300 block of La. Hwy. 3 in Benton.

Benton Police report a man entering the laundromat around 11:30 a.m. on Aug. 7.  Surveillance video shows him going to the bathroom and then exiting when no one else in present in the business.  He then looks around for a while, goes back to his truck, and enters the laundromat with some tools.  He goes to the coke machine, breaks the lock, and steals the cash.

“Someone has to know who these crooks are,” said Bossier Sheriff Julian Whittington.  “There have been quality video and still images, and I encourage whoever might recognize who these people are to speak up.”

If you know the identity of these suspects, please call Bossier CrimeStoppers at (318) 424-4100 to submit a tip; find out more at www.bossiercrimestoppers.org. You can also directly contact the Bossier Sheriff’s Office at (318) 965-2203, 24 hours a day.

You can see photos of the suspects below: