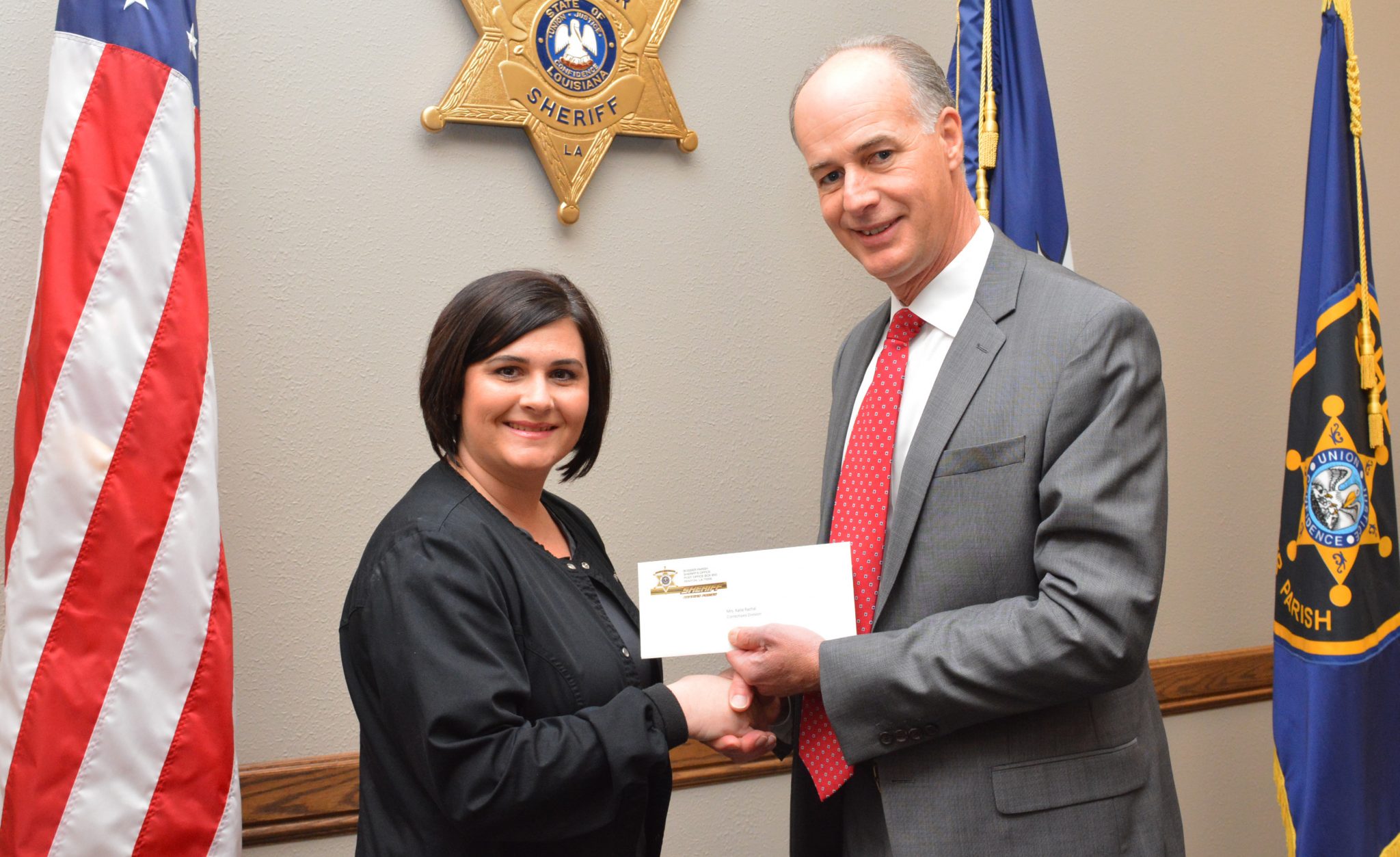 Bossier Sheriff Julian Whittington promoted a deputy and a staff nurse in a ceremony Monday morning in the Sheriff’s Command Center in Plain Dealing.

Katie Rachal was promoted to Directing of Nursing for the Bossier Sheriff’s Office. Katie began her career with the Bossier Sheriff’s Office in 2014 before coming to Bossier she worked as a nurse for the VA Medical Center in Shreveport and for the Immigration Enforcement Office in Jena, La. Katie’s duties and responsibilities will be to oversee the staff of nurses that provide medical care for the more than 1,400 inmates housed in Bossier Parish.

Sheriff Whittington said, “Guys, your work speaks for itself. It’s great to promote people who give their best and display professionalism each and every day.”