Detectives with the Bossier Sheriff’s Office are asking for help in the search for a Haughton man wanted for felony aggravated burglary, possession of a firearm by a convicted person, and accessory after the fact/simple burglary. 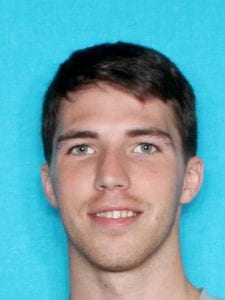 Jerry Walden, A.K.A. J.D. Walden, is wanted for the burglary of Beaty’s Logging, located in the 7000 block of Highway 80 in Haughton, in October 2016. Other accomplices have also been arrested.

Walden is described as a 23-year old white male, with brown eyes and brown hair. He is known to carry a firearm and frequent the area of Jana Lane in Bossier City, and is also known to travel to Dallas, TX.

Walden is suspected of assisting Matthew Barnes, previously arrested, by providing transportation and shelter after Barnes attempted to break into the same Beaty’s Logging on Christmas Day of 2016. Barnes is currently incarcerated at Bossier Medium Security Facility in Plain Dealing, awaiting trial.

A warrant has been issued for Walden’s arrest and detectives believe he is still in the Bossier City or Haughton area. They are asking anyone with information about his whereabouts or this burglary to contact Bossier Sheriff’s Office or Crime Stoppers at (318)-424-4100 with your anonymous tip.