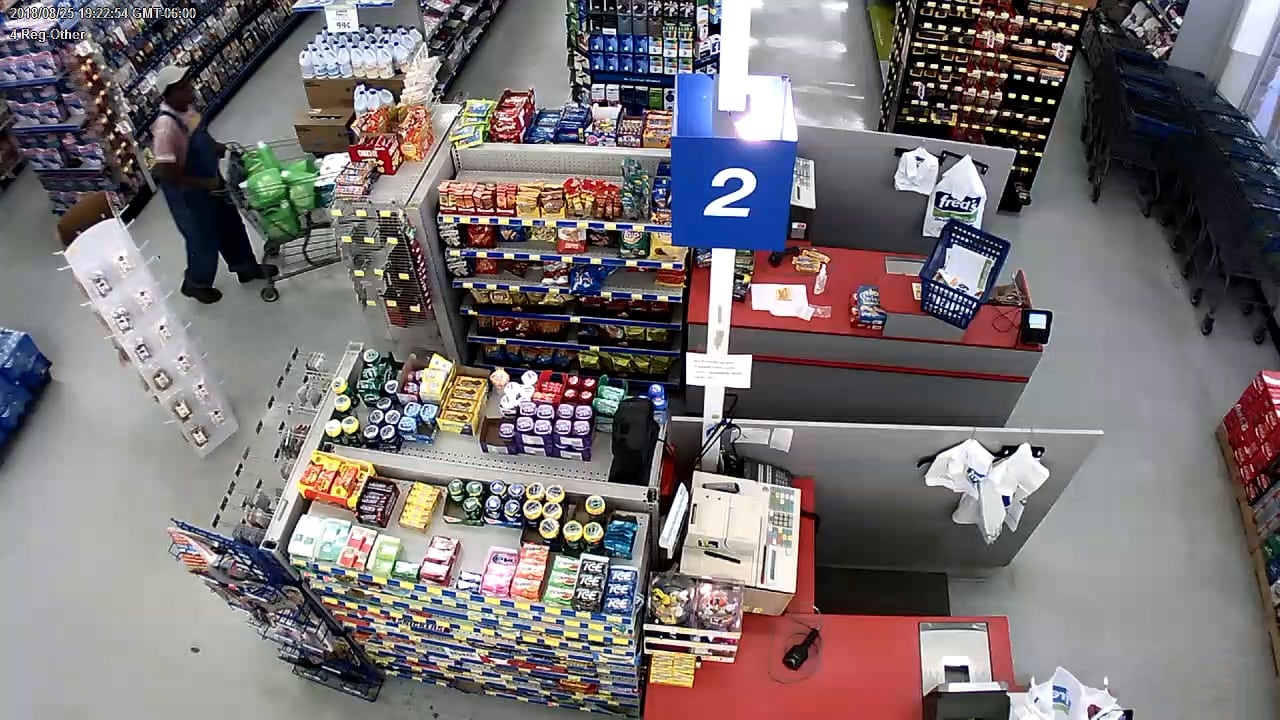 Detectives with the Bossier Sheriff’s Office are looking for a suspect they say walked out of a local store without paying for the items in the shopping cart.

On August 25 at approximately 7:23 p.m. surveillance video from the Fred’s Store on Hwy 80 in Haughton captured an older black male walking through the store with 5 jugs of liquid detergent and 2 packages of toilet paper. The suspect then walked out of the store without paying for the items.