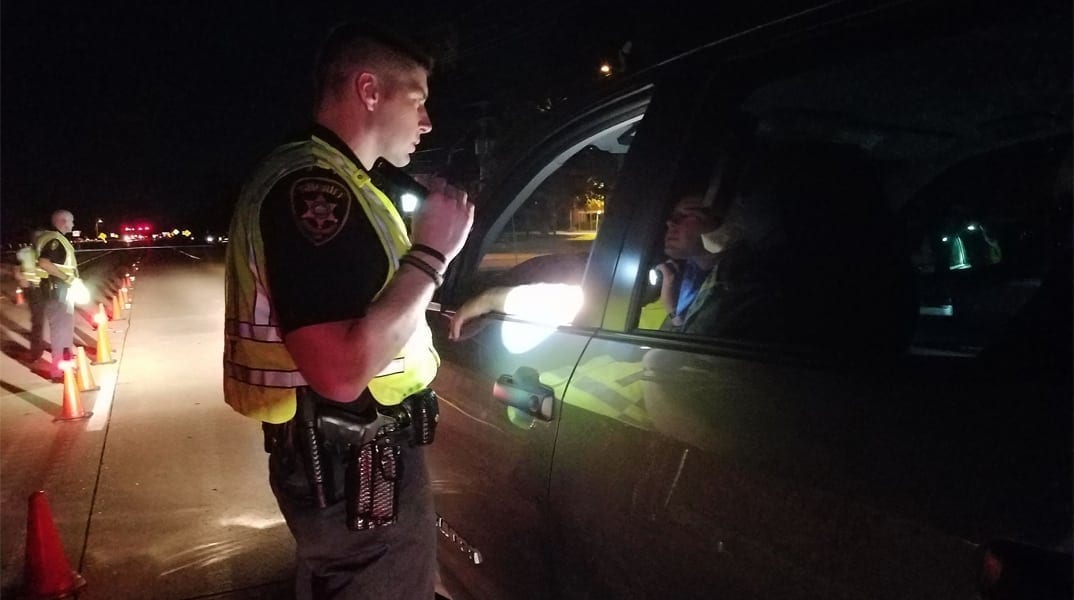 “Compliance with the law and public safety are our top goals,” said Bossier Sheriff Julian Whittington, “and we are glad to report few infractions during our sobriety checkpoint Friday night.”

During the six-hour checkpoint, Bossier Sheriff’s Office deputies, along with troopers with the Louisiana State Police, screened 658 vehicles from 8:45 Friday night through 2:45 a.m. Saturday morning.

Caddo Parish Sheriff’s Office also aided with the use of their Alcohol Breath Testing Unit.  The checkpoint was located on Highway 71 near Curtis Elementary School in South Bossier and resulted in seven arrests and 10 traffic citations for various offenses.

“Our goal is to identify and remove impaired drivers from the roads before they cause injury or death to themselves or others,” emphasized Sheriff Whittington.

Bossier deputies arrested two drivers for DWI, while troopers made one such arrest.  The other four arrests were for illegal drug use (three arrests) and one warrant/fugitive charge.

“We also want to increase public awareness to the seriousness of driving while impaired,” said Sheriff Whittington.  “If we don’t have to make any arrests nor issue citations, that’s a good day, because drivers are complying with the law.  Fortunately, nearly 98 percent of the drivers we screened were law-abiding and quickly went on their way.”

The sobriety checkpoint was conducted through a $14,040 grant awarded to the Bossier Sheriff’s Office from the Louisiana Highway Safety Commission for DWI Enforcement.