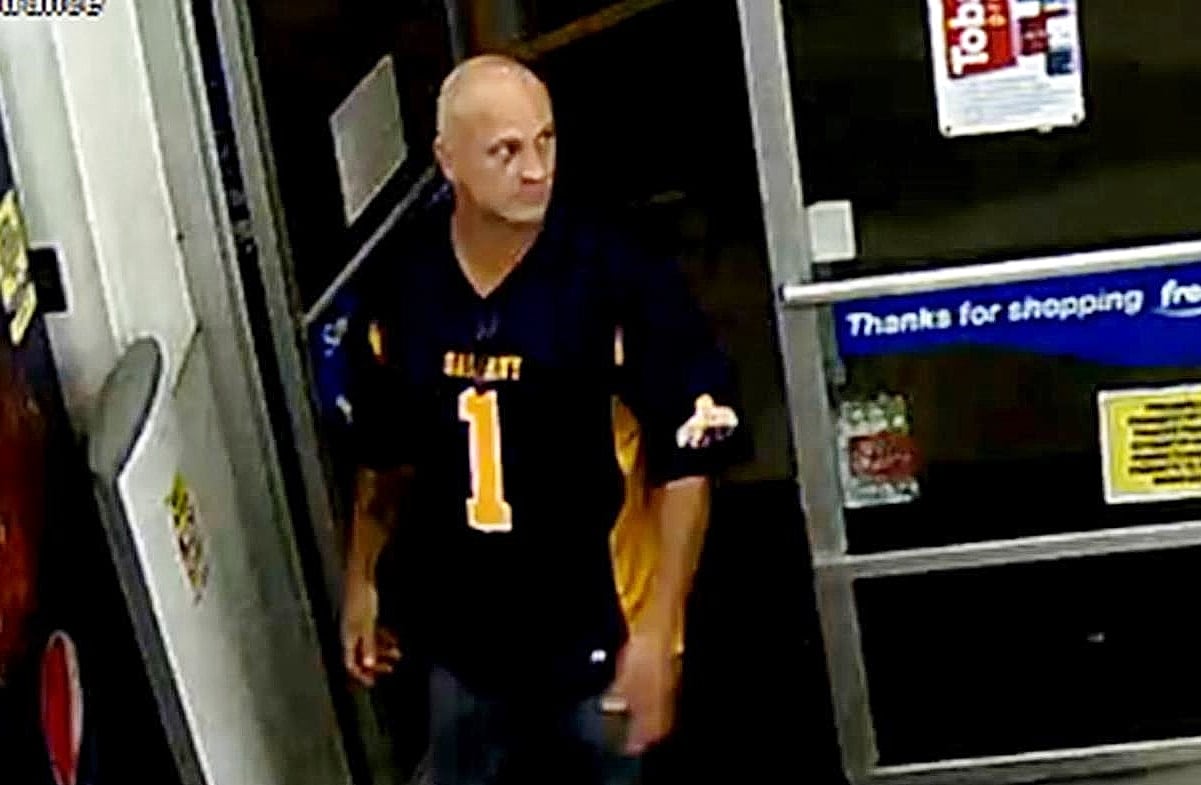 UPDATE: Bossier Sheriff’s Office detectives arrested Luther W. Davis, Jr., 46, of the 1900 block of Coastal Drive in Princeton, Monday afternoon and charged him with simple theft. There will be no booking photo, since the arrest was made by summons. The original release follows below.

The Bossier Sheriff’s Office needs the public’s help in identifying a shoplifter who stole a couple of computer tablets valued around $260 from a Haughton store a week ago.  One thing this thief didn’t appear to ‘compute’ with his heist was the excellent surveillance video that captured it all on camera.

The suspect walked into the Fred’s Discount Store on Highway 80 in Haughton around 8 p.m. on Sept. 10, grabbed the two tablets valued at $129.95 each, and boldly walked out of the store.  As he exited, he raised both arms in the air, and his right arm appeared to be like he was waving.  He is also wearing a distinctive shirt with the words “GREAT DANES” on the back, possibly referring to the University of Albany sports team.   The suspect then left the scene driving a grey or green SUV or Minivan.

Anyone with information about the identity of this thief or about this case is asked to contact Bossier Crime Stoppers at (318) 424-4100 or the Bossier Sheriff’s Office at (318) 965-2203.  Callers can remain anonymous.