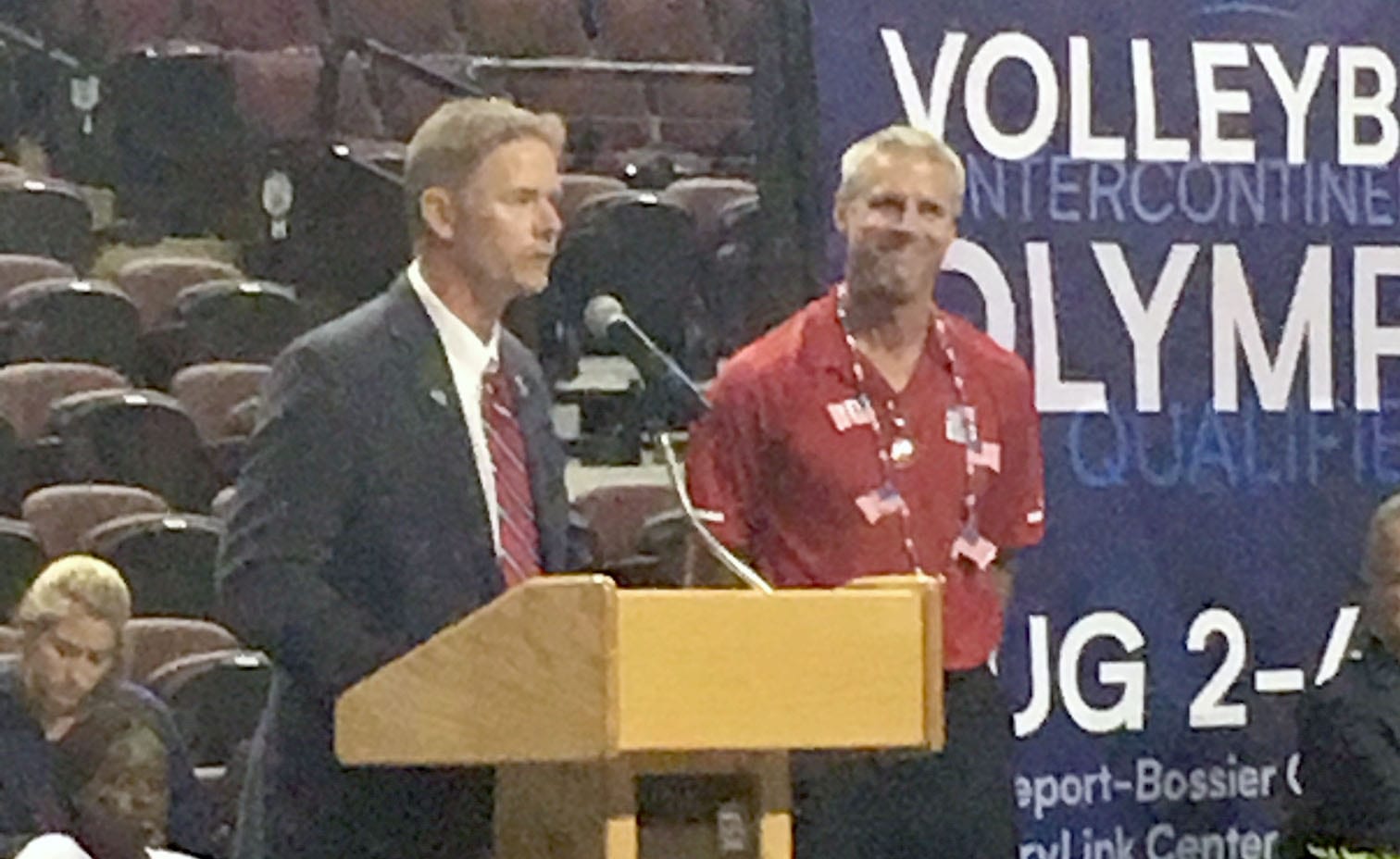 The United States Women’s National Team’s path to the 2020 Olympic Games will go through Shreveport‐Bossier City as it will host Team USA’s FIVB Volleyball Intercontinental Olympic Qualification Tournament Aug. 2‐4 at the CenturyLink Center.

Tickets for the event are now on sale at https://www.ticketmaster.com/centurylink‐center‐tickets‐bossier‐city/venue/221945.

The Americans, ranked third in the world, will host Argentina, Bulgaria and Kazakhstan in round‐robin play with the winner earning a berth into the 2020 Tokyo Olympic Games.

With each nation only being allowed to participate in two tournaments to qualify for the 2020 Games, this qualifier in Shreveport‐Bossier City will play a critical role for Team USA’s hopes to compete in Tokyo.

“The USA has had far fewer opportunities to actually qualify for the Games on home court, the most recent being in January of 2016 before Rio as part of the NORCECA Olympic Qualification Tournament. The rarity of that occurrence has us feeling incredibly blessed, humbled and thrilled to compete for another Olympic berth this August.

“Thank you to everyone with Shreveport‐Bossier City Sports Commission, its combined communities and USA Volleyball for making this possible. We can’t wait to let it rip in Louisiana!”

All three USA matches will air live on either NBC Sports Network, the Olympic Channel or NBC (Aug. 4).

“We are thrilled to have won the rights to host this very important Olympic qualifier in the United States,” said Jamie Davis, CEO of USA Volleyball. “This is the first time that the U.S. has been granted these rights by our international federation, the FIVB, and I am positive that the home‐court advantage and the thousands of American fans cheering on Team USA will serve our squad well. Not only will the event be thrilling to watch, I am
confident that it will deliver millions of dollars of positive economic impact to the Shreveport‐Bossier area.”

The U.S. is the only country to have medaled in each of the last three Olympic Games in women’s indoor volleyball. Team USA won silver medals at the 2008 Beijing Olympic Games and the 2012 London Olympic Games, followed by bronze at the 2016 Rio Olympic Games.

“As a proud military community with nearby Barksdale Air Force Base, we have strong patriotism ties and are excited to host the U.S. Women’s National Volleyball Team, along with welcoming the teams, friends and families from Kazakhstan, Bulgaria and Argentina as the countries compete for a spot in the 2020 Tokyo Olympic Games.

“Shreveport‐Bossier City, the Ark‐La‐Tex region and our key partners, which includes Louisiana Lt. Governor Billy Nungesser and the Louisiana Office of Tourism, Bossier City Mayor Lorenz Walker and Shreveport Mayor Adrian Perkins along with Caddo and Bossier Parish Commissions, partnered with the Shreveport‐Bossier Sports Commission to bring this international competition to our region,” Wells added. “We look forward to welcoming volleyball fans Aug. 2‐4 to the CenturyLink Center in Bossier City.”