A Shreveport man faces criminal charges after he attempted to run over a Shreveport police officer during a pursuit overnight that started in Shreveport and ended in Bossier City.

Stephon Perkins, 20, of Shreveport is charged with attempted first degree murder and aggravated flight from an officer.

One of the rounds fired by the Shreveport officer struck Perkins in the elbow. He was taken to University Health in Shreveport for treatment of the gunshot wound and a dog bite. His injuries are not life threatening. 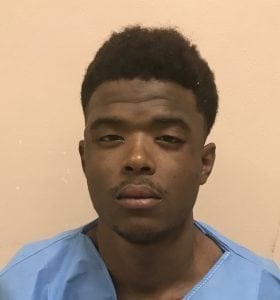 A passenger in Perkins’ car – Breanna Lashaun Dinkins, 19, of Shreveport – was taken into custody and booked into the Bossier City Jail for having a warrant out of Caddo Parish for theft.

Detectives with the Bossier City Police Department’s Violent Crimes Unit obtained a warrant for Perkins’ arrest with bond set at $450,000. Perkins will be booked into the Bossier City Jail once released from the hospital.

Bossier City police were not involved in the pursuit or apprehension of Perkins.