Ringling Bros. and Barnum & Bailey Circus is known around the world for its slogan – The Greatest Show on Earth.

We’ve all heard it before. I didn’t attend the circus as a child so I didn’t know what they actually meant by that. I always wondered, though, is it really THE greatest show on Earth?

Ringling Bros. and Barnum & Bailey recently brought their Built to Amaze production to Bossier City during Father’s Day weekend. It was the perfect opportunity to spend time with my family. We didn’t tell my daughter where we were going when we loaded up Saturday morning and made the trek to south Bossier. I knew it was going to be quite a surprise and I just couldn’t wait. 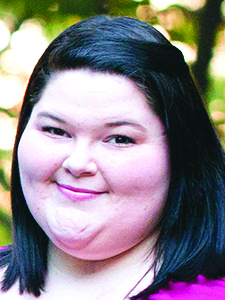 The last time we went to the circus, my daughter wasn’t even two years old yet. It was fun to see her interacting with the performers, but I could tell she didn’t understand what was really going on.

Fast forward four years and we returned to the CenturyLink Center for another show. Kayleigh, my daughter, is now five (almost six) years old and had much more excitement in her face than I ever imagined.

From the moment the pre-show entertainment began until the final curtain closed to end the show, Built to Amaze truly lived up to its name. However, there’s one thing Ringling Bros. and Barnum & Bailey does not advertise with their productions.

While they want you to watch the performers in the center ring, the greatest show on Earth doesn’t necessarily happen there. I discovered it actually happened in the seat right next to me.

I spent a lot of time watching Kayleigh’s reaction to the show. How could I possibly neglect the ooh’s, aah’s and squeals of pure joy happening next to me. If the sounds weren’t enough, the tugging of my arm and the nudging at my side sure caught my attention.

We are very fortunate to have family-friendly events like this come to town. Its moments like these that create the best memories. So the next time you attend Ringling Bros. and Barnum & Bailey’s show, be sure to look around…the Greatest Show on Earth will happen all around you.

Amanda Simmons is Editor of the Bossier Press-Tribune. She can be reached at amanda@bossierpress.com