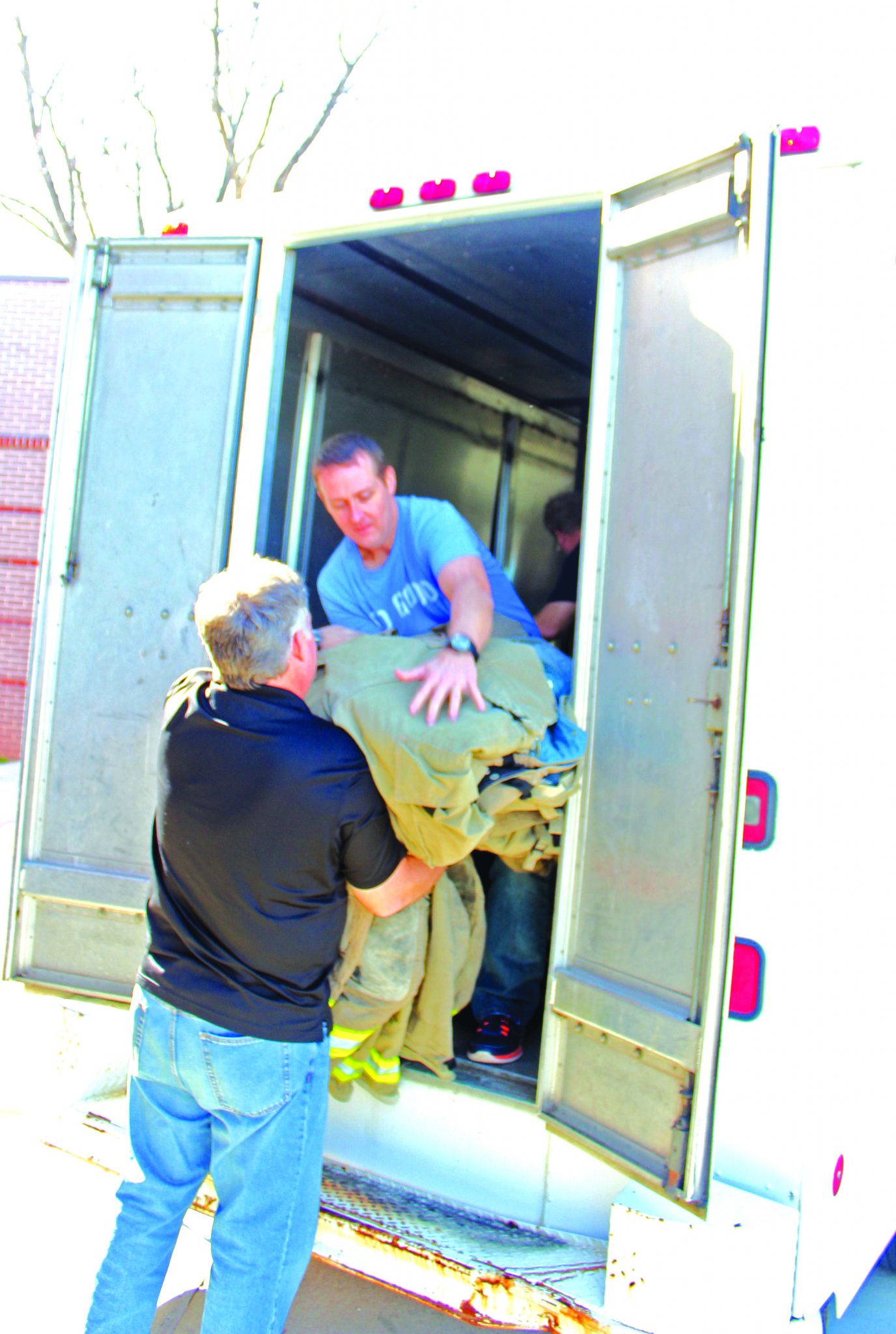 The Simple Church has taken their kind hearts and generosity south of the border.

A missions team from the Bossier City-based church hit the road last week to Juarez, Mexico to deliver items they’ve graciously gathered from several community partners. Among the items were about 150 sets of expired bunker gear surplus from the Bossier City Fire Department.

Bill McConathy, Missions Pastor at The Simple Church, said they are connected with a U.S. based mission group that expressed interest in taking some equipment down to Juarez. That’s when The Simple Church and Amigo Fiel, an organization based out of New Mexico that provides various ministries to Juarez, including home construction, biblical and academic education, an orphanage for street children as well as food and clothing for families in need, got to work.

Since it would be going out of the country, the Bossier City Council and Bossier City Fire Department needed to approve the plan. Thankfully, they did.

A resolution was passed in November allowing The Simple Church missions group to collect the items this month to take on their trip. McConathy said the fire department in Juarez is incredibly under funded, under staffed and in great need of help.

“They don’t have anything,” McConathy said. “They’re out there risking their lives to fight fires like these our guys do here, but they don’t have the equipment to protect them or even help them.”

McConathy said the weather conditions in Juarez are similar to those of north Louisiana.

He said they have a similar mild winter time climate and hot, dry summers, leaving them prone to fires as any dry climate would be.

Justin Haigler, pastor of The Simple Church, said they group is simply taking the equipment and putting it into the hands of people who really need it.

“Our responsibility as a church to extend our hands to help and serve people throughout the country and the globe,” Haigler said. “We are their ‘Faithful Friends’ to the north.”

Along with the fire gear, the missions team also packed their caravans with coats and jackets, donated by Porter’s Cleaners, some Mardi Gras beads and Operation Christmas Child gift boxes that will be delivered to thousands of children in Juarez. McConathy said the experience is life changing for both the givers and receivers.

“It’s a very humbling experience. Anytime travel to poverty stricken area, you pretty much have the same scenario,” McConathy said. “They don’t have the luxuries of life as we do here, but we’re giving them hope when they feel hopeless. It is our responsibility as Christians to do this kind of work, providing hope in a hopeless situation and reassuring that God cares about them.”

The Simple Church missions team makes the 14 hour drive to Juarez twice a year, in January and June. However, they continue to work throughout the year on several other missions projects, reaching out to the local community, nationally and internationally.

“It’s important to us that we are spreading the gospel while meeting practical needs,” McConathy said. “We hope the people see that we do care about them and this is just one way that we’ve chosen to carry out the commands Christ gave us.”

For more information on The Simple Church, visit their website at www.thesimplechurch.tv.