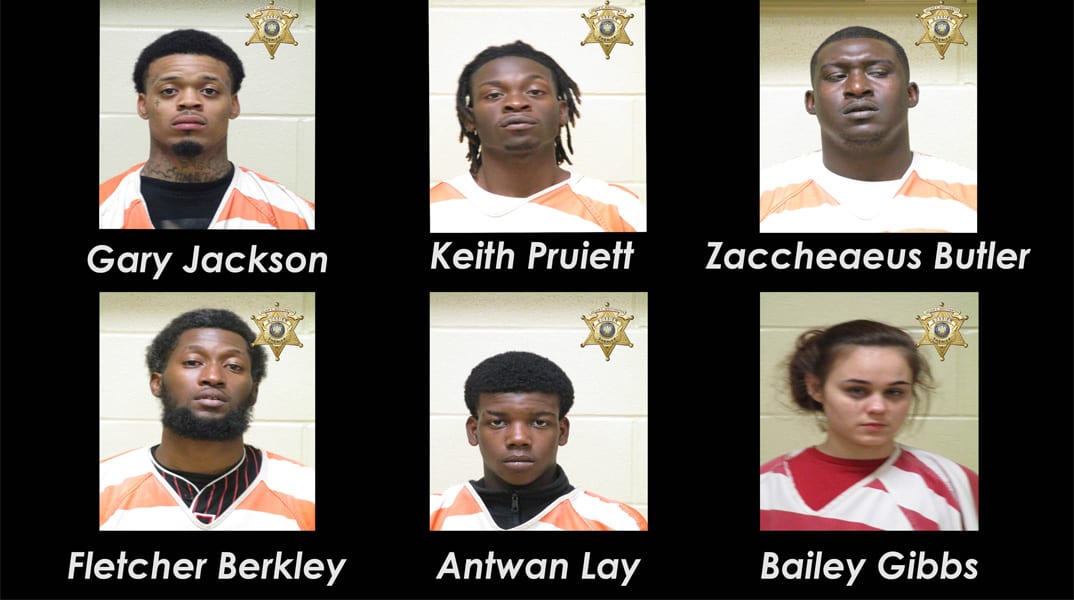 A recent undercover prostitution operation by agents with the Bossier Sheriff/Bossier Police Narcotics Task Force led to the arrest of six people involved in human trafficking after the females were transported to Louisiana from Little Rock in a small U-Haul truck.

Additionally, undercover agents were able to assist two 18-year-old female victims who say they were forced into prostitution.

The undercover agents made contact with the four other females and two males waiting in the bedroom and interviewed each one of them.  Two of the females had just turned 18 years of age, including one still in high school, and those two teens told the undercover agents they were forced to be there and hadn’t eaten in 24 hours.  The undercover agents contacted Purchased, a local organization that helps women who are victims of sex trafficking, and they were able to assist the teenagers.  Two other 19-year-old females refused any help from undercover agents.

While six people were arrested, a total of 10 people were questioned by agents during the investigation.  Undercover agents discovered that the men transported the females in a small rented U-Haul truck from Little Rock, Arkansas, to Bossier City on April 7.  That truck was later listed as stolen.

Four men, Jackson, Pruiett, Butler, and Berkley were arrested for human trafficking and other charges.  The fifth man, Lay, was allowing his one-bedroom apartment in Village Lane to be used for the prostitution acts.

Of the five teenage females, Gibbs was arrested for prostitution, two asked for help and received support from Purchased, and two others refused assistance.  Arrestees were transported to the Bossier Maximum Security Facility in Plain Dealing for booking.

“Folks, it’s a tragedy when young females, barely 18 years old in this case, are being forced into exchanging sex for money,” exclaimed Sheriff Whittington.  “As sheriff of Bossier Parish, you have my commitment that our deputies will diligently investigate these types of sex crimes, arrest those engaged in this criminal activity, and provide help to victims of human trafficking.”