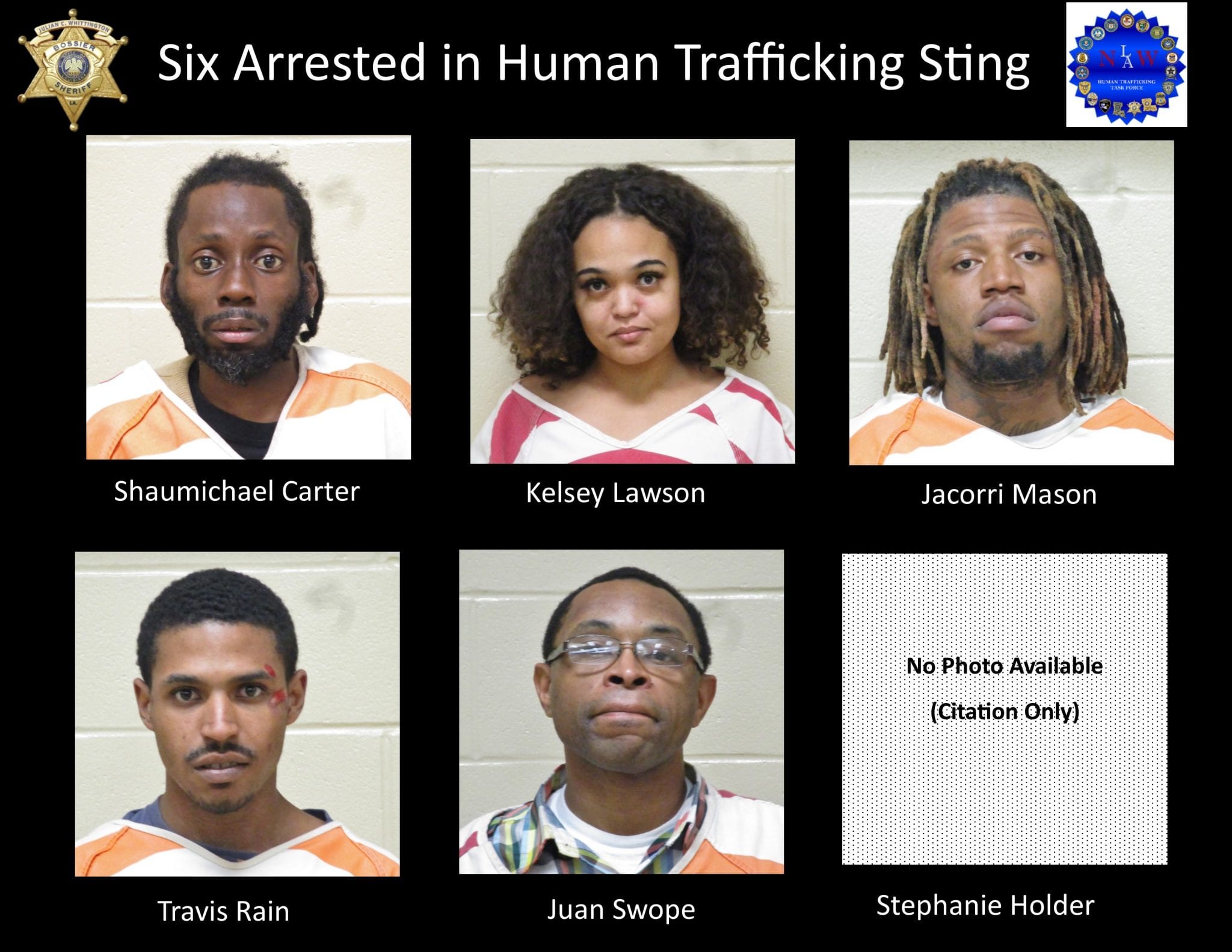 Agents conducted the Human Trafficking operation in Bossier Parish March 6 in an effort to target “pimps, prostitutes, and johns,” according to task force leaders.

Agents are continuing the investigation into human trafficking of the above arrests; further charges are possible.